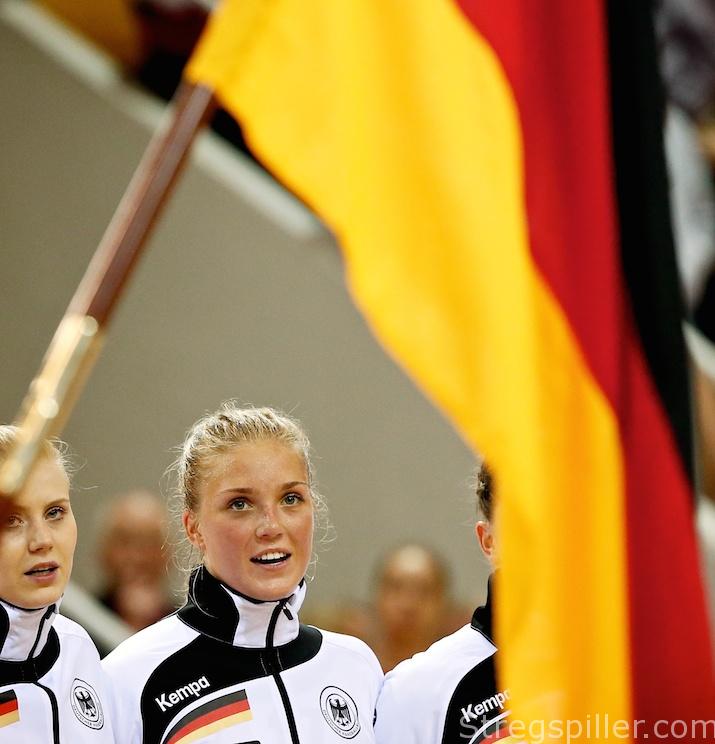 Reactions after yesterday’s draw in Hamburg, as the most important handball event of the second half of 2017 takes shape.

“It’s always great to play a World championship, because you usually play against really different opponents, like Cameroon this time.  It’s also a lot of fun to play against Germany, as they host the event.

“Sure, it’s a pity that we don’t play in Oldenburg, because it’s very close to the Netherlands, but because Germany is so much closer than most other host nations, I guess a lot of Dutch fans will come over anyway. I’m really looking forward to this tournament.”

“We can be very satisfied with the draw, as we could have faced teams like Spain, Brazil, Hungary or even Poland. That would have been quite hardcore. Now, we got quite a mix, but also a lot of uncertainty. Korea usually starts a new cycle after an Olympic tournament, but the team is fast and quick and strong in one-on-one situations.

“China? I have no clue. Cameroon? Also no clue. They play an unorthodox style of handball. Serbia has improved again lately and has a good youth system. That won’t be easy. And regarding the Netherlands – it should be their goal to win the tournament.  It will be the toughest test at the group stage.”

“We got opponents that are appropriate for a World championship and the group certainly doesn’t have a European profile, instead it’s a nice mix. We are lucky to have avoided wild-card entry Poland, which finished fourth two years ago. The semi-final is and will remain our goal, but we probably have to leave our way and direction a little bit now.  Especially Korea prefers a totally different style of handball and uses a very forward oriented defense.

“We have to create images in the minds of our players and shift the focus a little bit – moving away from the long-term development.  The group is quite attractive, but Korea, China or Cameroon are unusual opponents. The style in defense is the big difference. But we have a quite versatile team.”

“I have already played against Germany and the Netherlands.  Those two national teams are very strong and it (the World Cup ed.) will be a good time, to prove in two good games that we – Serbia – are very competitive.

“About the other teams, I don’t know very much but every match at the World Cup will be hard.  All I can say is that we have good chances to record a lot of points in our group but we have to think from match to match.”

“It will be a very hard job for Serbia’s women as the host (Germany ed.) and the Netherlands enter the tournament with high ambitions.  And with regards to South Korea, you never know what can happen – they possibly change the squad and come to the World Cup with a young team?!

“China and Cameroon – I don’t know much about them.   For us it will be most important to have all players available and injury free, as we are five months away from the tournament.

“Personally, I expect a lot of exciting matches during the whole championship.  And I am sure that Germany will do an excellent job, organizing the competition on the highest level.  So, I am very much looking forward to December.”

“I think we have a good chance to go to the next round.  Keep in mind that many teams have changed players following the Olympic games in Rio, last year – Russia as well.

“Personally, I think that Brazil and Denmark have good and strong squads and although Montenegro has to integrate new players as well, the team has a good spirit and a strong character.

“Whereas Japan and Tunisia don’t perform at the same level of handball as the other European teams but they do show a good game and fight all the way to the end.

“As far as Russia is concerned – we will fight to get medals at this World Cup.”

“At first sight, I would say it is a tough draw, although it could have been worse.  For instance, we could have gotten Poland from Pot 6.

“However, at the European championship in Sweden, I think our group was just as tough, and we managed that as well.

“I think we still carry the self-confidence with us, we got in Sweden, when we reached the semi-final.

“That was a really good experience, and I hope we can take ourselves that far again.”

“Russia and Brazil are really good teams. Tunesia and Japan are opponents we should be able to defeat, and if Montenegro turns up with the same kind of team as they did at the European championship, this also applies to them.

“Our first objective is to reach the round of Last 16.

“Here, we will cross Group D, which means that the first and second place in our group will be extremely important with regards to our destiny in the tournament down the road.

“We really would like to avoid Germany or the Netherlands already in the round of Last 16.”

“We got ourselves an interesting group with some well-known opponents such as Sweden and Hungary and less well-known competitors like Argentina.

“To us – as always – it will be a question of focusing on our own qualities.

“From now on and until the World Championship in December, we are going to work on developing individually as well as the team.

“When we get to the World Championship, it will all be about taking one match at a time, as we always do.”

“I find it annoying that the IHF´s way of doing the seeding means – once again – that luck and misfortune will play such a great part.

“I am, of course, referring to the fact that we drew Poland from Pot 6.

“I find this really annoying, but apart from this, I am quite content. We always play close matches against Norway.  Sweden are good, but not unbeatable, and I am really keen on getting a revenge against the Czech Republic after our bitter defeat against them at the European championship.

“If you look at the group that we are crossing with – France and Romania are good teams, of course, but also teams we can defeat on a good day, and this also applies to Spain, although I am a bit in doubt about their strength at the moment.”