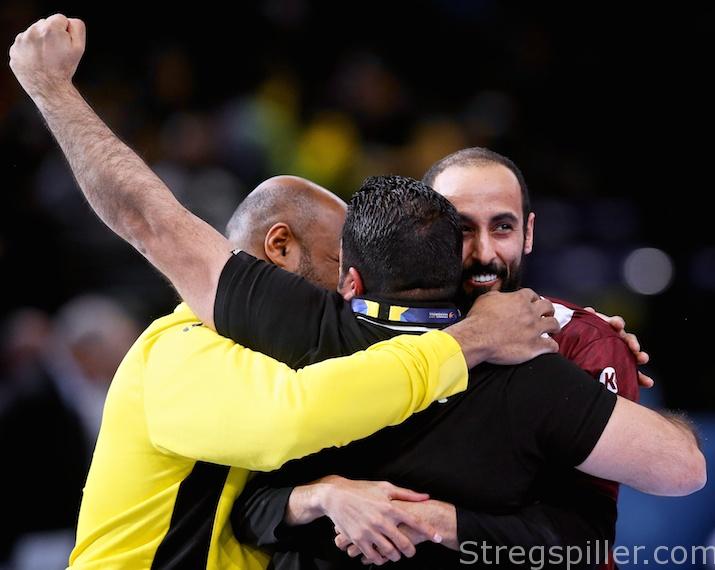 Argentina came into this game on the verge of making history, following a 23:19 win over Croatia on Saturday. Victory or a draw would guarantee a spot in the quarter-finals for the first time at the World Championship and improve on their previous best result of 12th place in 2011 and 2015.

Qatar have been dragged kicking and screaming through this tournament by Frankis Carol Marzo and found themselves with a shot of breaking back into the top eight, which they last did in 2017. The 2015 finalists were bolstered by the return of Rafael Capote two days ago and a victory would give put them in the top two, as long as Denmark beat Croatia later on.

I find it hard to describe this result as anything beyond Argentina blew it! With a perfect start to the game, Argentina showed they had the tools necessary to win but they allowed a solid yet unspectacular performance from Qatar outmuscle them and claim a 26:25 win despite trailing for 50 minutes.

In what was almost a carbon copy of their game against Croatia, Argentina controlled the early stages and opened a 11:4 lead by the 18-minute mark.

The attack dried up for Argentina, however, and Qatar found their way back into contention with penalty after penalty as well as a few long-range goals from Carol Marzo, seeing Argentina’s lead collapse to just a single goal at the break.

Three goals in the space of two minutes early in the second half gave Argentina a small cushion again before they had an eight-minute baron spell, highlighting their hit and miss nature in attack.

Once Qatar finally took the lead in the 52nd minute, the match descended into chaos as both sides did their best to throw the game away. But while Argentina wanted it so badly that nothing worked, Rafael Capote was the calmest figure on court and his four goals in the final 10 minutes secured victory for Qatar.

It was Frankis Carol Marzo and Rafael Capote vs Argentina in attack.

The attacking approach at the beginning was simple and effective for Argentina – get that backcourt moving, displace the Qatari centre block and find the line player. When it worked, it looked great but as the game wore on, Qatar caught on and forced Argentina to rely on some moments of brilliance.

It was a route one attacking style for Qatar and surprisingly, it worked throughout. Again and again Marzo and Capote came good when they needed a goal and there seemed to be very little Argentina could do about it. While they calmly delivered, Argentina’s attack became a nervous wreck, forcing Diego Simonet to try do everything alone and that decided the game.

The result leaves Group 2 wide open heading into the final match between Denmark and Croatia, with only Denmark guaranteed top spot.

If Denmark win, Qatar go through to face Sweden in the quarter-finals.
If Croatia win, they go through.
If it’s a draw, Argentina go through.