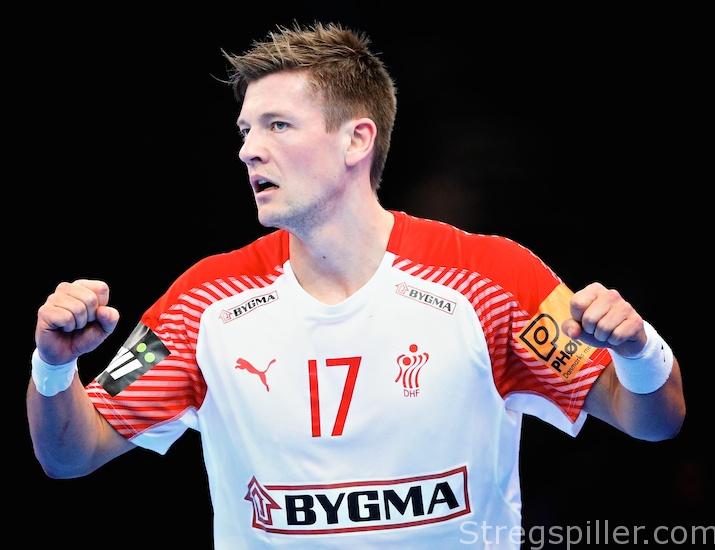 What a cacophony of drama, emotions, pure skill and lack of skill, moments of madness and the occasional moment of clarity in 80 wonderfully wild minutes.

This match summary has been written and torn apart a number of times in the past hour, so let’s see what remains of it.

This clash between the reigning champs and host nation was set up with both sides coming through two of the softer main round groups.

Hosts Egypt fulfilled their minimum expectations with qualification for the knockout phase, thanks to a hard-fought draw against Slovenia. While their run to this stage was far from ideal, they certainly came into the game battle-hardened.

The same could not be said about Denmark, who tore through their quarter of the draw, winning all six matches with ease. Their closest game was a seven-goal victory over Japan, while they humiliated Croatia on Monday.

There was a game and a very interesting game for 59 minutes but the real show begins at the end of normal time and this is where we pick up the story – with a trilogy.

After Yahia Omar gave Egypt in the final minute of normal time and Landin equalised almost immediately, Egypt had possession for what was certain to be the final shot.

Inconceivably, Mamdouh committed an illegal substitution. After a video referral confirmed it, he was given a two-minute suspension and possession switched to Denmark.

In the final seconds, Mikkel Hansen decided against taking the final shot, trying to find Lasse Svan instead and throwing the ball into a pair of grateful Egyptian hands.

With Denmark a goal up and killing the clock at the end of extra-time, Egypt sitting back almost unaware of their impending elimination, the whistle is blown for passive play with five seconds left, no chance for Egypt to do anything with it, and Mikkel Hansen throws the ball away – after the whistle.

Referees Matija Gubica and Boris Milosevic headed for the video replay again, judge it to be a foul, which in the final 30 seconds means a red card and automatic penalty for Egypt. Mohammad Sanad coolly slots the ball into the bottom corner and we head into another ten minutes of extra-time.

In a nerve-ridden and tense second extra-time period, Egypt managed to score the one and only goal for the entire 10 minutes.

Niklas Landin’s saves kept Denmark in with a shout but there was nothing happening down the other end. In their final attack, the Danish back court froze, completely unwilling to take on the final shot.

But as Mathias Gidsel looked to take the final shot from a free throw, Ibrahim Elmasry and Yahia Omar stepped up to impede the throw, which floated high and wide as the final buzzer went.

The Croatian refs had to visit the video referral yet again and it resulted in a red card for Elmasry and a penalty for Denmark. Magnus Landin squeezed it in off the left post and sent the game into a penalty shootout.

On his 37th birthday, Ahmed Elahmar stepped up to take a penalty that will haunt him. His audacious attempt merely bumped into the impervious Niklas Landin to give Denmark the edge.

They looked to have it won until Nikolaj Oris stepped up, frozen cold from his zero seconds on court to miss his shot.

But it was Landin to the rescue again as he saved  Ali Zein’s attempt before mister reliable Lasse Svan scored the winning penalty to send Denmark through.

Egypt dictated the pace of the game all over the court, taking their sweet, sweet time in attack and took Denmark out of their comfort zone for the first time this month.

It almost worked to perfection as they used their physical superiority to smother Denmark’s back court in defence, while confidently taking on the Danish defence with their array of 1vs1 experts and my man of the match Yahia Omar firing in goal after goal in crunch time.

The hosts are out of the running for a medal. Before this game, that fact is not a surprise but few expected them to exit in this manner. This game will go down as one of the most memorable in World Championship history but I doubt that will offer this brave bunch of players much solace tonight.

Denmark’s story is not over, they limp on to Friday’s semi-finals against either Norway or Spain and coach Nikolaj Jacobsen will have to set a few things straight if they are to retain this title.