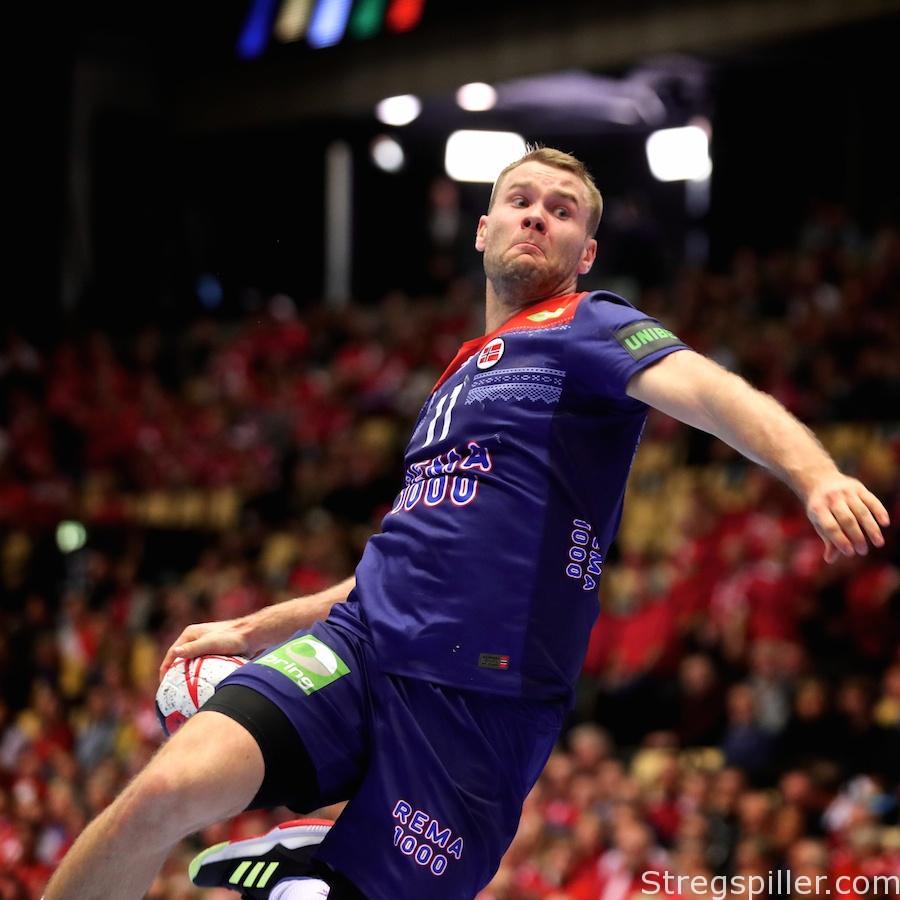 Portugal arrived in the main round with a clean record following three straight wins in the opening phase of World Cup XXVII against Iceland (25:23), Marocco (33:20) and Algeria (26:19).

Norway, in contrast, has been playing with the knife on their throat from day one, after the loss against France (24:28), in game one of their championship campaign.

Another loss would severely diminish Norway’s prospect for another appearance in the final round of the tournament.

Thus far the team of head coach, Christian Berge, has been relying on the firing power of Sander Sagosen, whereas Pedro Portela and Miguel Martins were just two of several outstanding players for Portugal, in the first three games.

After a very physical and nervous start both teams exchanged goals until the 20th minute, when Norway created a two-goal lead for the first time, courtesy of Kristian Bjornsen (8:6; 16th minute).

But, Portugal fought back with Miguel Martins the notable player, who kept his team within striking distance, before Sander Sagosen and Magnus Jondal arranged for a late two-goal advantage.

Norway had the better start to the half, but similar to the initial 30 minutes, they turned over the ball as well.  Still, the vice-champion of World Cup 2019 managed to pull away and by the 43rd minute, Myrhol & Co. were leading by four goals for the first time.

Six minutes before the end, the team of head coach, Paulo Pereira, was ahead by one (27:26).

Yet, despite playing their trademark formation, 7-vs-6, the Portuguese were unable to extend the lead and in the closing minutes – to the contrary.   Instead, Norway held on to their own one goal advantage.

For one, it was not superstar Sander Sagosen, who made the difference in this match.  Other players stepped up and help explain why Norway recorded this must-win in game one of the main round.

Harald Reinkind (5/7) showed up early before fading in the second half, Christian O’Sullivan (3/3) was the dominant force on the playmaker position and it was no coincidence that Petter Overby scored the decisive goal.  Like Sagosen, Overby found himself in foul-trouble early on, yet he managed to stay on the pitch until the very end.

Add to it the two referees (Oscar Raluy and Angel Sabroso), who were struggling to find a consistent line throughout the game and the story of the narrow victory is summed up.

For Norway, Portugal was the team to beat – mission accomplished.  The remaining opponents (Iceland, Algeria) should not derail the aspirations of coach Berge’s crew.

Portugal’s next critical match will be on Sunday, January 24th against France, when Martins & Co. may get another shot at the group win if they can defeat Switzerland before.