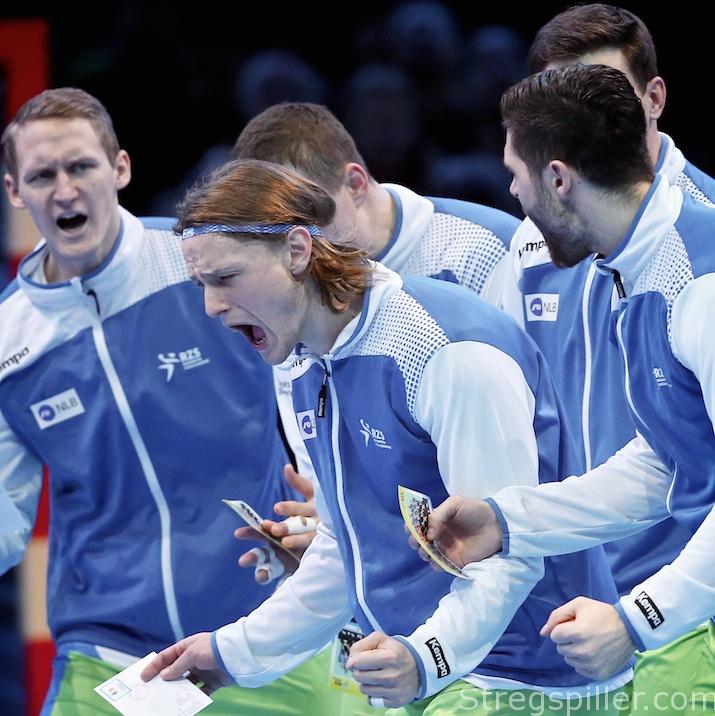 Following the win of host Egypt, 35:26 vs Belarus, and Russia’s victory against North Macedonia (32:20) earlier in the day, the encounter between Slovenia and Sweden at the IHF World Cup 2021 took on even more significance.

A loss would take Slovenia effectively out of competition, whereas a tie would keep the door open to the quarterfinals for either squad.

Hopes would rest in the hands of Slovenia’s playmakers, Miha Zarabaec and Dean Bombac and for Sweden a successful outcome would largely depend on an exceptional performance of goalkeeper, Andreas Palicka.

Sweden jumped into an early 5:2 lead, courtesy of Hampus Wanne and Linus Persson, before Slovenia started their long climb back into the game.

By the time the two teams changed sides almost the entire Swedish team (nine players) was on the scoreboard, whereas Slovenia relied on the firepower of Jure Dolenec, Miha Zarabec and some flawless shooting from Dragan Gajic.

Slovenia kept the momentum and six minutes into the second half, the squad of head coach, Ljubomir Vranjes, had secured their first lead in the match (18:17; 36th minute).

But, Sweden fought back and four unanswered goals turned the match around once again, before the two teams began trailing each other closely for the remainder of the game.

First of all, hats off to Sweden’s coach Glen Solberg, who has formed a team that competes for a spot in the elimination round of the tournament after a multitude of key players had cancelled their participation in the weeks leading up to World Cup XXVII.  A successful run was not in the cards a couple of weeks ago – far from it.

For Slovenia’s Swedish team leader, Ljubomir Vranjes, the match was of significance for more than the obvious reason. At this point, another appearance in the final round of the competition cannot be ruled out.  Especially not after the spirited comeback efforts of tonight’s game.  Under the auspices of coach Vranjes, Slovenia has developed into a stubborn contender, tough to beat.

A thrilling final round of handball in Group IV of the World Cup awaits on Sunday.  Four teams still have the chance to advance to the quarterfinals of the championship.

Currently, Egypt and Sweden both sit on six points, while Russia and Slovenia trail behind with five points each.

In the last main round matches, Slovenia will face host, Egypt, while Sweden aims to defeat Russia.