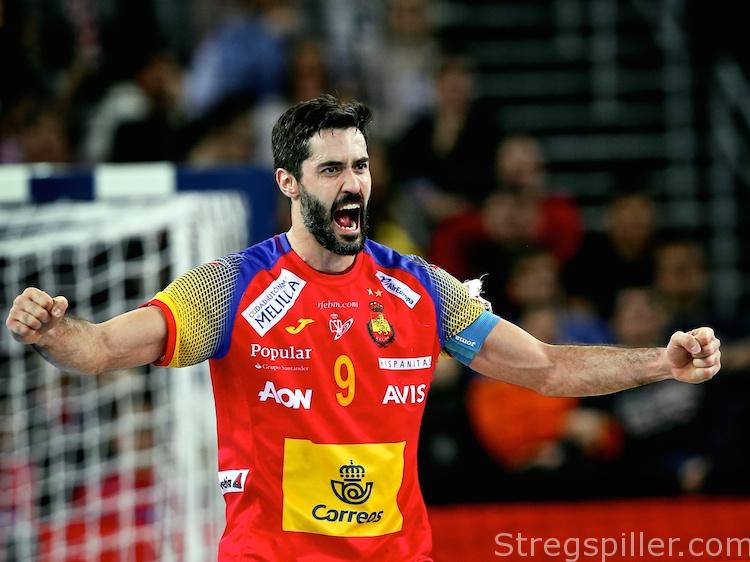 Leaving the injury of star player, Sander Sagosen (Norway), aside the quarter final between Norway and the back-to-back European champions (2018 / 2020) was a rather uneventful affair.

Spain took control early on and did not surrender the lead once. Add to it the exceptional performance of Rodrigo Corrales in goal (44% saves) and much if not the entire story of this match is told..

Even with Norway’s handball superstar on the pitch, Spain took firm control of the game and by minute 21, the team of head coach, Jordi Ribera, had established a comfortable five goal lead, for the first time.

Norway fought back but without pushing Spain against the proverbial wall.  Seconds before the two teams changed sides, right back, Alex Dujshebaev made sure of a six-goal advantage.

Although, the Scandinavians cut the deficit to three goals it never felt like the 2013 World champions were in any serious danger to lose the grip on the game.

Sander Sagosen did make another appearance (48th minute), but he was into too much pain and had to leave the field shortly thereafter.

After Eivind Tangen brought his team within three (44th minute), Spain or better said the Dujshebaev brothers took over and made sure that Norway would not get any closer.

The stellar performance of Rodrigo Corrales in goal is just one reason why Spain came out on top.  Alex Dujshebaevs 8/13 shooting and the flawless execution from line player, Ruben Marchan (6/6) were some of the other factors, why the 2020 European champions made it to the semifinals.

When Norway’s top scorer, Sander Sagosen, had to leave the field after taking a hit to the stomach, his teammates could not apply the pressure necessary to turn the match around.  On TV2.no Sagosen explained how he felt after being hit:

“I had hoped that it would work again and that I would get warm on it. Maybe get some painkillers, I do not quite know what happened inside there. It felt like I had a tennis ball that just locked up every time I moved – like a knife cutting through my muscles, so it hurt.”

For a disappointed Bjarte Myrhol (38) it most likely was his last international match in a World Cup setting, as he indicated after the game.

Spain will face Denmark in the semifinals.  In the other semifinal match, Sweden will clash with the six-times World champions from France.