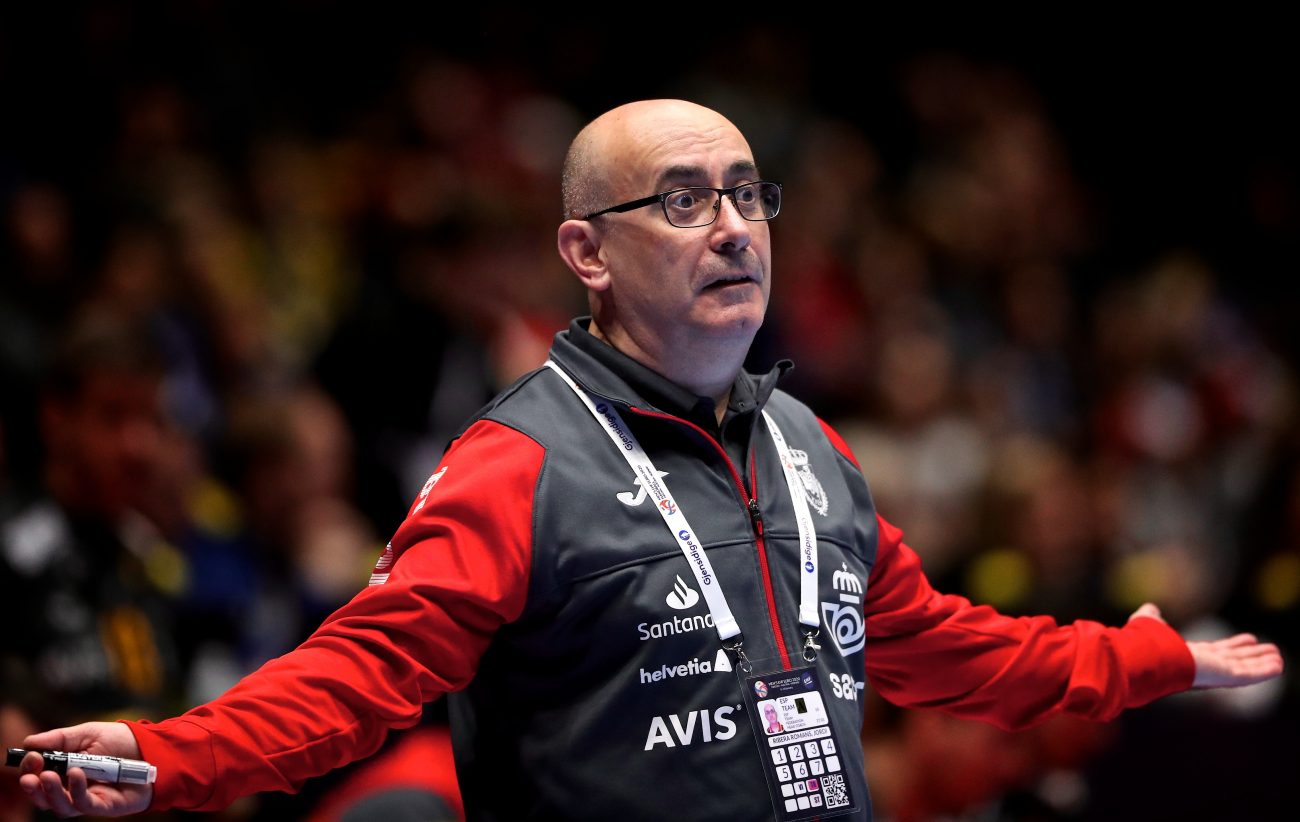 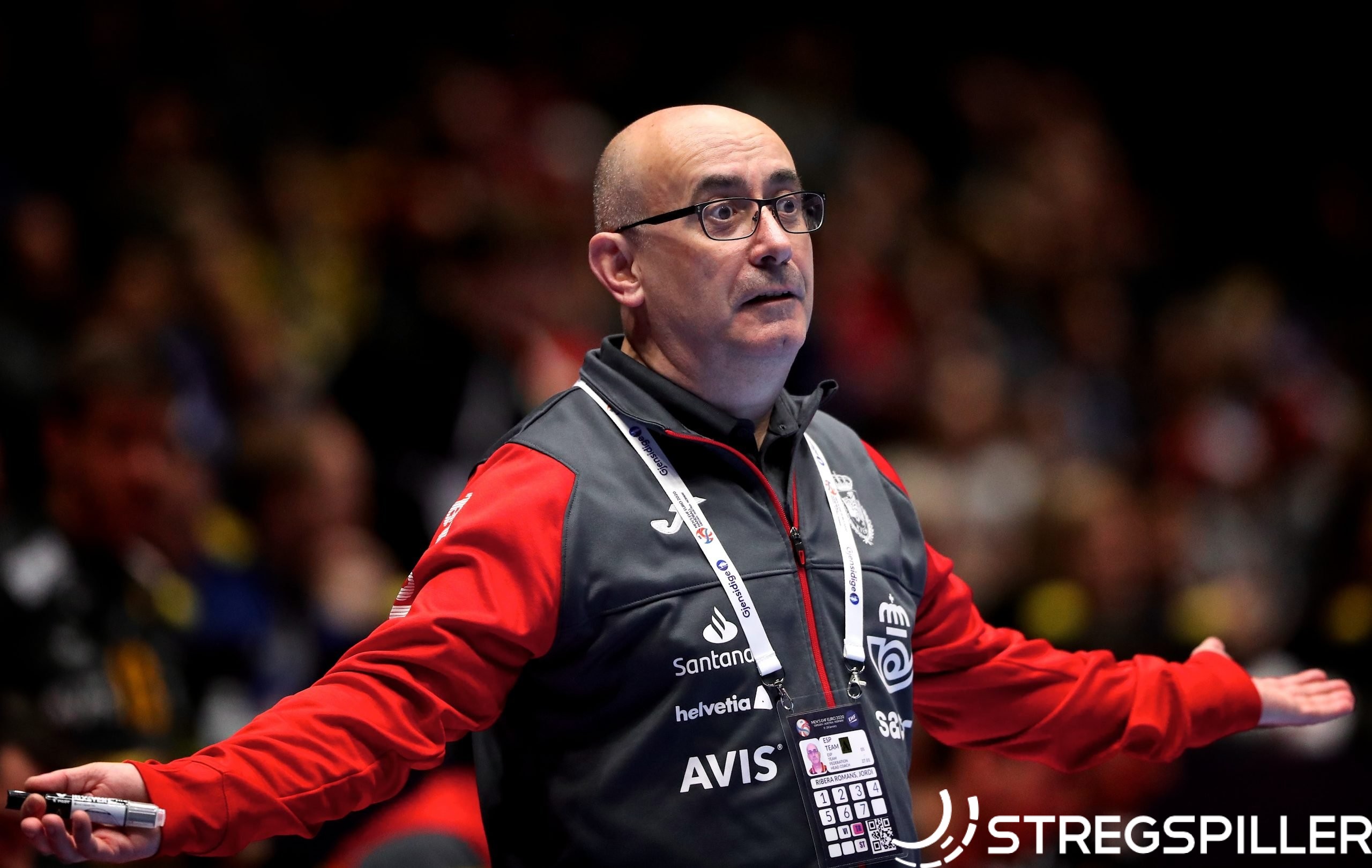 This quarter-final was the most anticipated of Wednesday’s quartet but it turned out to be a bit of an anti-climax as the star attraction limped off early and Spain’s wonderful first half performance gave them enough breathing space to progress to the semi-final against Denmark at a canter, winning 31:26.

Coach – Jordi Ribera – 7
The first half was a masterclass, with an early focus on finding the line player, Norway dropped back in defence and allowed the back court to run riot. The defence worked well and a 21:15 half-time lead was well-deserved. I’m certain that what happened after the break was far from Ribera’s plan but despite their best efforts to let their lead evaporate, they claimed the win.

Rodrigo Corrales – 10
What a performance. He read Norway’s shooters like a book he had read 10 times before. Was there waiting to stop almost every shot into the corners and when he wasn’t there, his trusty goalposts were there to bail him out. 19 saves and a 44% save rate, magnificent!

Ruben Marchan – 10
A focal point of Spain’s attack in the opening stages, with the back court finding him regularly. There wasn’t always a lot of space but once he got his hands on the ball, he drove and fought his way towards goal and scored all six of his shots. A lot more people will be familiar with the name Ruben Marchan after tonight.

Alex Dujshebaev – 9
The single-handedly kept Spain’s scoreboard ticking over in what was otherwise an atrocious attacking performance in the second half. Banged in a top notch buzzer-beater at the end of the first half and kept it going after the break. He’ll give Norway’s defenders nightmares tonight.

Jorge Maqueda – 8
Enjoyed a glorious spell late in the first half when he scored four goals in five minutes, including three from long-range as Norway’s defence sat and watched on. A couple of times in defence to concede a penalty and a pair of suspensions but his early goals proved vital.

Viran Morros – 8
Played the full game in defence and had a massive role in keeping Norway out of bounds in their favourite attacking area. Managed a couple of nice steals, including one from Sagosen, a block and many an awkward hand in disrupting the line players.

Gedeon Guardiola – 7
Like Morros, played practically the entire match in defence. Worked brilliantly in tandem together and did a lot of the unappreciated leg work. Given one of just three suspensions Spain had today, a sign of just how comfortable they were in defence, and nicked a steal.

Daniel Dujshebaev – 7
When he first came on it did not look like it would be his day as the first contribution was dropping the ball, followed by an attacker foul. However, despite being culpable for some of Spain’s woes with four turnovers, the younger Dujshebaev bro did contribute, particularly when given space to build up a head of steam and fire in his three goals.

Ferran Sole – 7
Best of the Spanish wings with three goals from four shots, including two penalties. Nothing too spectacular from his 30 minutes on court as the vast majority of Spain’s attacking threat was down the middle.

Daniel Sarmiento – 6
Came on around halfway through the first half and oversaw Spain taking full control of the game. Kept his attack flowing without making too many memorable moves. A solid output altogether with a goal and a pair of assists.

Angel Fernandez Perez – 5
Had a very up and down game on the left wing. Three goals from seven shots would usually be considered a bit of a nightmare at this level but there weren’t many better performances on the wings today.

Joan Canellas – 5
Started the game at left back and lasted a quarter hour. Scored his only goal early on an helped with a couple of assists in a largely uneventful period on court.

Raul Entrerrios – 4
Scored an early goal and had a nice move to earn a penalty but besides that was off the pace today with three missed attempts on goal and four turnovers.

Aleix Gomez – 4
Played the second half on the right wing and brought an end to Spain’s goal drought at the start of the half. That was as good as it got, no more chances until late on, when he had a fast break saved, then collected the ball and had a pop on the left wing…also saved.

Coach Christian Berge – 4
It’s difficult to rate Norway on a day where Sander Sagosen is brought off injured after just 15 minutes but it is also a good reminder of the relative lack of depth this team has. His defence was caught out over and over again in the first half, when that was remedied, the attack simply did not deliver – but that was down to the players.

Christian O’Sullivan – 8
What a fighter. Today he was forced to face his limitations as an attacker face on and he did not shirk from it. Was given a bit of a torrid time in defence but improved as the game went on and did his upmost to create things in attack, delivering seven assists, plus many more which should have ended as goals, as well as scoring three himself.

Torbjørn Bergerud – 7
The outstanding performer in the second half for Norway. After a bright start he was completely lost for most of the first period but got his act together in the second, making some outrageous saves to keep Norway’s faint hopes alive.

Magnus Jøndal – 7
It’s difficult to argue with shooting stats of 6/8 and he really contributed well when given the opportunity to. His two missed chances were two that Norway could ill-afford on a day like today but that’s due more to what happened elsewhere.

Petter Øverby – 7
Had one of his best games in defence in the second half, helping to shut down everything Spanish not called Alex Dujshebaev. Recorded three blocks and a steal to go with the two goals he scored.

Alexander Blonz – 7
He wasn’t on for long, basically just three penalties, all of which he scored with the kind of cool-headedness lacking from most of his teammates when bearing down on goal.

Bjarte Myrhol – 6
He is one hell of a fighter but was a bit off the pace today. Spurned a couple of good chances though he scored three, a good return considering his reported shoulder problems.

Sander Sagosen – 4
Tried to force things to happen early on, taking shots which Corrales saw a mile away. Got going with three goals on the bounce, but a heavy hit on one of the shots left him on the ground and in serious pain. He was taken off to the locker room to be treated with a hip injury. Came on for one attack in the second half, then straight off as he seemingly couldn’t go on. No Sander, no party.

Gøran Johannessen – 4
Came on after Norway were misfiring in the back court and set that straight immediately with a goal, though he wasn’t able to build on that. He needed to step into Sagosen’s shoes today and my goodness, did he try. He tried and tried again until he appeared to lose his head as he tried to shoot from about 14 metres on a fast break.

Eivind Tangen – 4
It’s always a wild ride when it’s “Tangen Time”. It began beautifully with a nice assist to the line and a rocket fired in at right back, but three missed shots later and his time had passed.

Thomas Solstad – 4
Brought in to try shut down Dujshebaev and was sent immediately crashing to the ground as Dujshebaev smacked him with his shooting arm. Shortly afterwards, he dragged the aforementioned right back to the ground and got himself a suspension.

Harald Reinkind – 2
Just a disaster for him today. Failed to score from all four of his attempts today and this was a game where he could have been a true hero for a Norway team sans Sagosen.

Kristian Bjørnsen – 2
Usually oh so reliable out on the right wing but it was not happening for him today. Three clear cut chances on the fast break, all three missed.