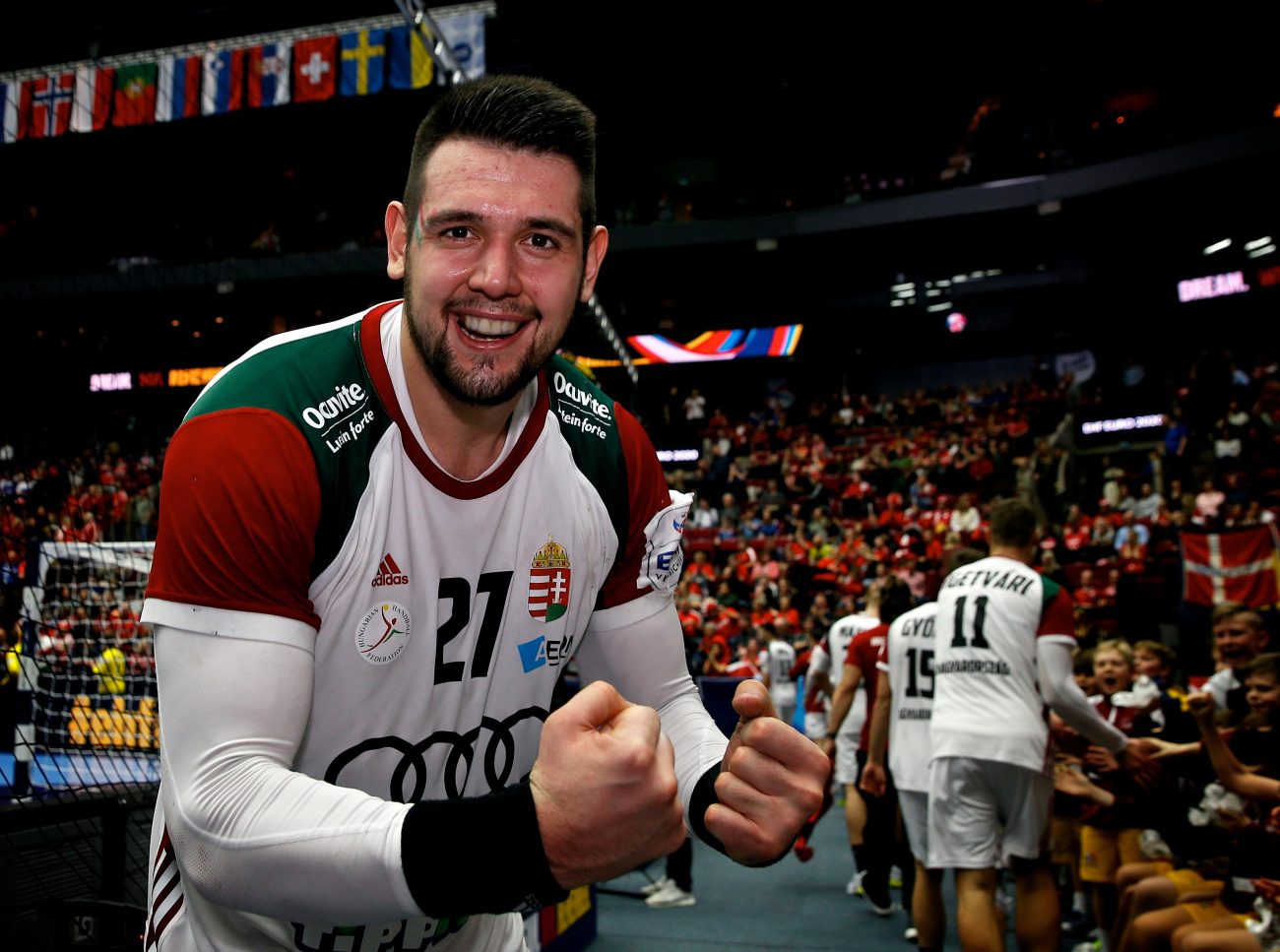 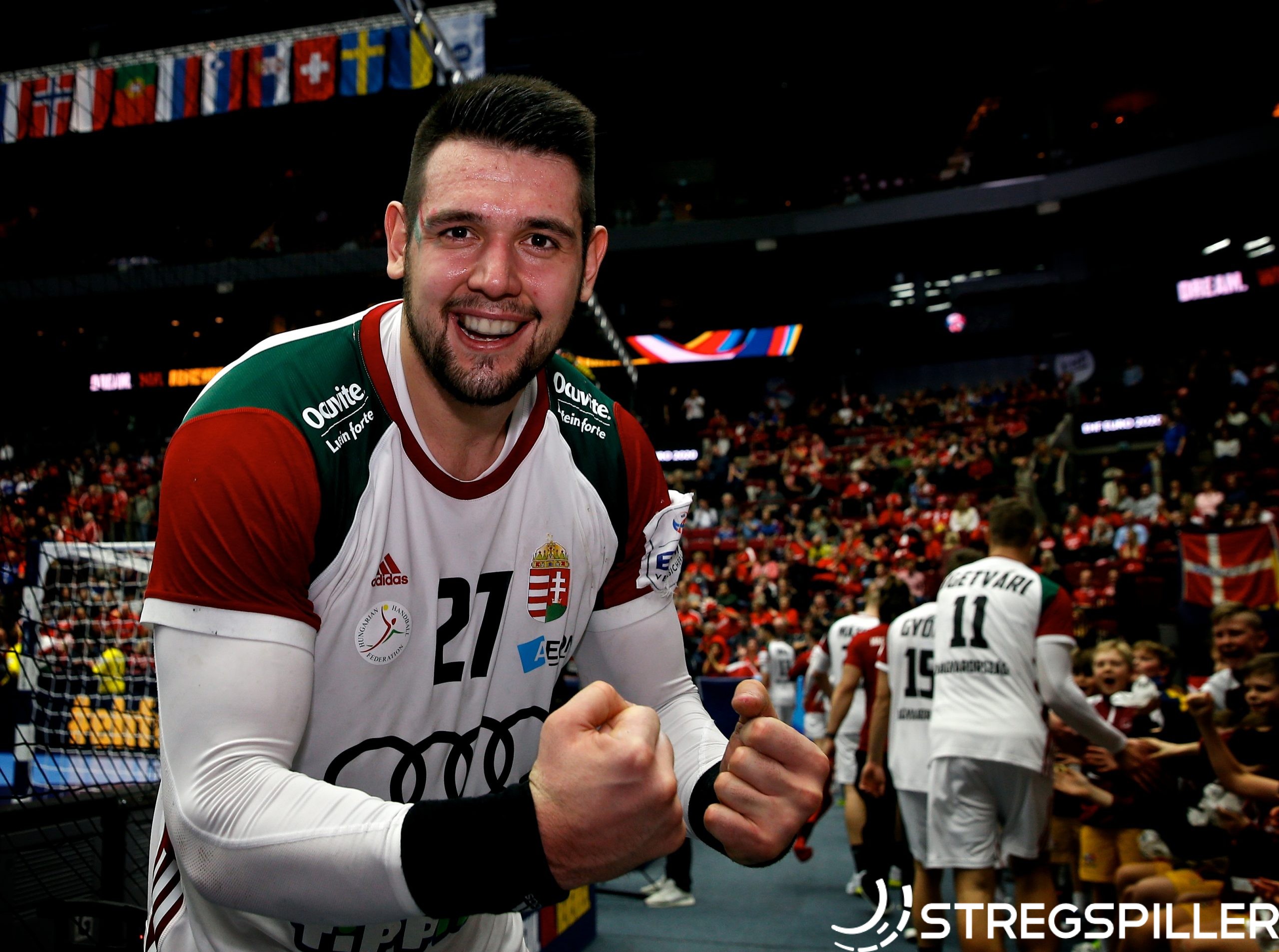 Hungary booked their spot in the quarter-finals of Egypt 2021 with a convincing 30:26 victory over Poland on Saturday. The game was practically won in the first half, allowing Hungary to conserve their energy for a group final against Spain on Monday.

Coach – Patryk Rombel – 4
Tried to fight physical fire with fire, which was brutally punished when his side gave the ball away and were poor at getting back in defence. Shook things up with a goalkeeper change and 5-1 defence midway through the second half but it was too little too late.

Przemyslaw Krajewski – 7
Took the worst shot of the game as he shot high and wide from the wing in the second half but that was the only negative for him. His other four shots found the back of the net and he was a bright spark in attack.

Mateusz Kornecki – 7
Brought on midway through the second half and gave his side a glimmer of home with five saves at 38%, including some nice point-blank stops.

Maciej Gebala – 7
Had a big role to play today and did it fairly well. Looked comfortable in the centre of defence early on but couldn’t do enough to stop Hungary’s variety of weapons, while he scored three from three on the line.

Szymon Sicko – 6
When it works out for him, Sicko’s shooting looks fantastic, but it wasn’t working out often enough in this clash. Five goals from 11 shots do not make for pretty reading but in his defence, there weren’t too many others willing to take on the responsibility.

Arkadiusz Moryto – 6
His run of 17 scored penalties at Egypt 2021 came to an end at the hands of Roland Mikler but he bounced back well and scored all three of his shots after that. Relatively quiet on the wing as there was little flow on the right side of the court.

Michal Olejniczak – 5
Started the match in the playmaker role and had very little impact. Came back on in the second half and looked much improved, though two of his four goals came in ‘garbage time’.

Patryk Walczak – 5
Played a good chunk of the match but most of his contribution was at the defensive end, helping to somewhat slow Hungary in their tracks, while only getting one shot and one goal in attack.

Tomasz Gebala – 5
Peaked very early today, scoring Poland’s opening three goals and then struggling to muster up the power to do more. A really tricky role, playing left back in attack and centre of the defence, and that showed as he slowed down while Hungary sped up.

Adam Morawski – 5
Dealt well with long-range shots early on but was left quite abandoned by his teammates as Hungary hit him with wave after wave of counter attacks.

Maciej Pilitowski – 4
Was brought in quite early and had an immediate impact with a nice goal but that was as good as it got for him as two missed shots and three turnovers later – he was back on the bench.

Maciej Majdzinski – 3
A bit of an anonymous for the left-hander. On court for 18 minutes but only managing to release one unsuccessful shot on goal.

Michal Daszek – 3
Even quieter than Moryto on the right wing as he was starved for chances, failing to score on the one ball he was given.

Rafal Przybylski – 3
Scored his one and only goal on 17 minutes and spent most of the rest of his 43 minutes on court letting the game pass him by. Fair enough, he hasn’t got the same physical presence has his fellow back court players but he didn’t use any other weapons.

Coach Istvan Gulyas – 8
I feel like this coaching set up, including Laszlo Nagy and Chema Rodriguez, should always be mentioned as a group as they all play such an active role during the game. They set up the defence smartly and punished Poland on the fast break, killing the game by half-time.

Maté Lekai – 9
Single-handedly controlled the pace of the game, pushing counter-attacks and playing some sublime passes. After a perfect shooting performance with seven goals in the first half, Lekai slowed down somewhat in the second, though the damage was well and truly done by then.

Miklos Rosta – 8
While Banhidi found little joy in the first half, Rosta came in and did the business with four goals from four shots, including two counter-attacks, in a brilliant first-half cameo.

Dominik Mathé – 7
Was off the boil in the first half, scoring just one from four attempts, but had a lot more joy in the second and ended up with six goals. More importantly today, he was in the wars in defence – it wasn’t a perfect performance, with a pair of suspensions, but Mathé worked well with Sipos and produced a couple of blocks and a steal.

Pedro Rodriguez – 7
A bit more involved than Boka on the left wing and looked lively and good. Took his chances well with some fine-looking goals among his three from four attempts.

Adrian Sipos – 7
A man we’re more used to seeing smashing people needlessly in defence, played a surprisingly calm and composed role in the centre block, and did a fine job of preventing Poland’s left backs find much rhythm or space.

Bendeguz Boka – 6
Rarely much to report on for Hungary’s wings as almost everything happens down the centre. But you have to give credit to a player who runs up and down for 40 minutes and maintains the composure to score on both occasions he was given the chance.

Roland Mikler – 6
Six good saves in the first half, at 28%, many of which sparked counter-attacking opportunities. Collected a few more in the second period and while his stats don’t look great, he did more than enough to help secure the win.

Richard Bodo – 6
When he is in full flight, there is little to be done to stop him, but we didn’t see that too often today. Just a pair of goals for the big left back as the attacking action favoured Hungary’s right side.

Bence Banhidi – 5
He is human after all! Had a rare miss early on which set the tone for a frustrating evening in front of goal. 3 from 8 is probably the worst shooting performance we’ll see from him as he was given extra attention by Poland’s defence and had to put in a heavy shift at the other end.

Zoltan Szita – 4
Surprised to see him start today ahead of Bodo and struggled with his shooting in the first half, eventually scoring two from four, but was able to contribute in other ways, offering three assists.

Gabor Ancsin – 4
Played a supporting role today in defence and did a fairly good job. Got on in attack as well and while he missed his only shot, he did cause a suspension with a nice 1vs1 move.