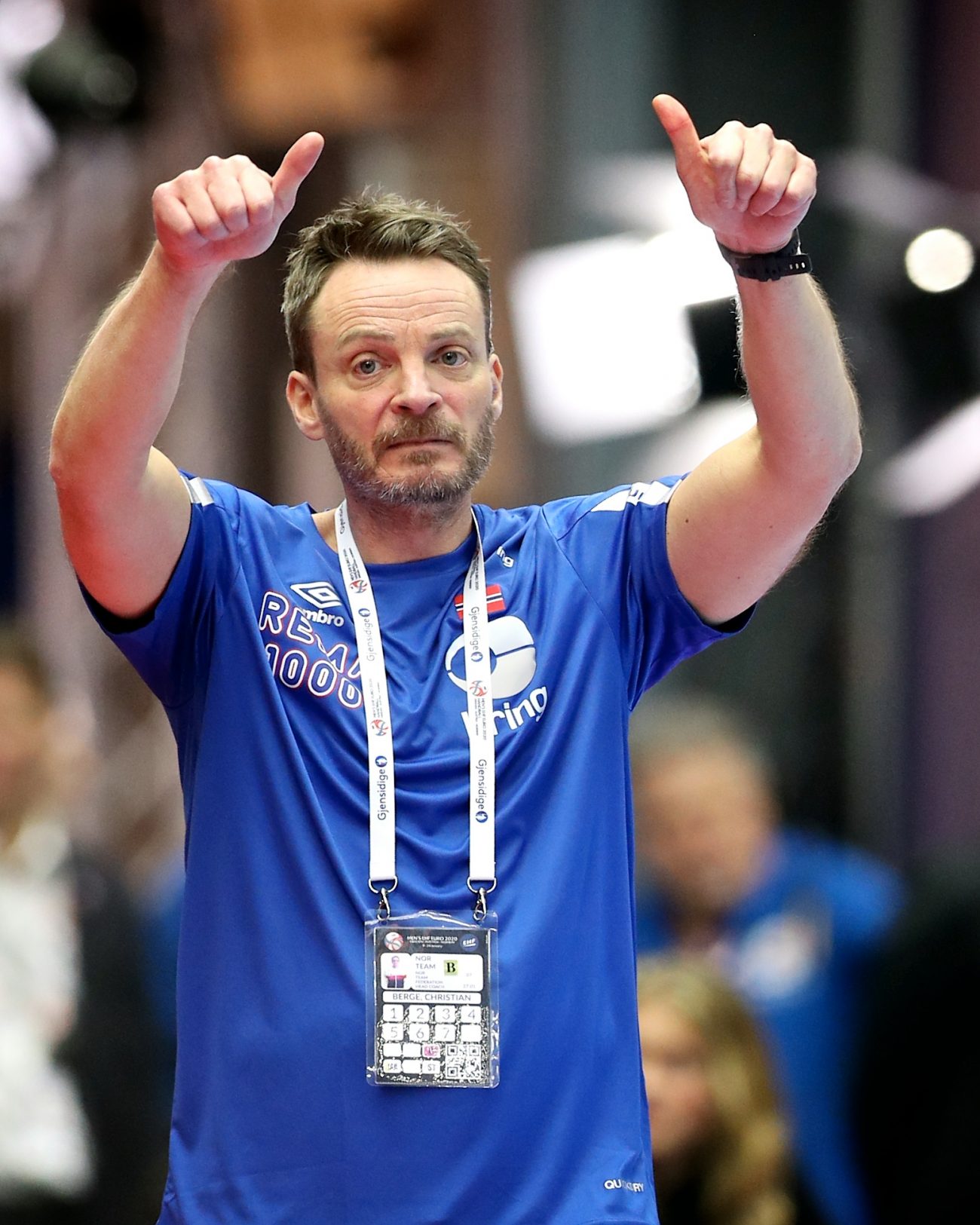 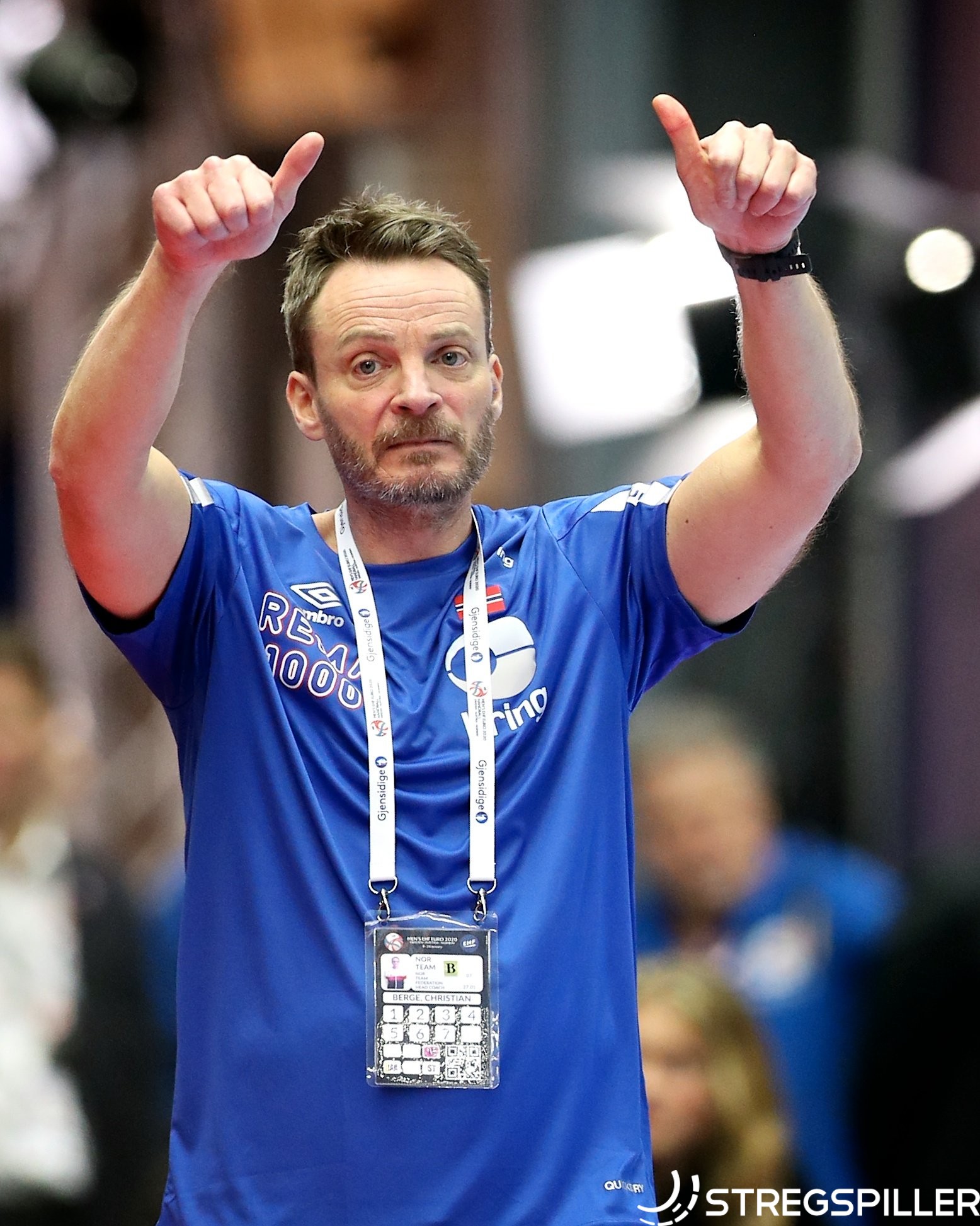 Wednesday night’s headline act at Egypt 2021 lived up to expectations as Norway edged out Portugal 29:28 in a genuinely thrilling clash, a match which leaves Main Round Group 3 beautifully poised.

Coach – Paulo Pereira – 8
Managed to deal with Norway’s threats well for the most part. Activated the 7vs6 tactic in the final quarter to marvelous effect and the introduction of Humberto Gomes was genius.

Humberto Gomes – 10
Yes, he only came on with 13 minutes left to play and yes, this rating may be a bit fanciful – but he bloody-well deserves it.
The 43-year-old has seen it all before and he saw Sander Sagosen’s shots coming, again and again. Six saves from six back court shots, 60% overall. What an impact he made and nearly rescued a result for Portugal.

Fábio Magalhães – 9
I really admired his performance today. Originally came in and filled in really well at right back, doing what was needed of him, popping up with a couple of goals. Then came into his own when playing 7vs6, scoring at left back, then giving assist after assist at right back. Did exactly what was needed from him.

Gilberto Duarte – 8
Was not as exposed as in recent matches in defence, holding his own and his lack of suspensions put him in the minority. Good second wave counter attacking with a pair of assists and a pair of goals.

Alexis Borges – 7
Tried to get an early pop in against Sagosen and got himself a suspension but after that he played a very composed and impactful game in defence. Unable to really make an impact on the line, which would have been a huge help.

Miguel Martins – 7
For much of the game he looked like Portugal’s most reliable player. Came in and made an immediate impact with a now-trademark underarm whip and followed it up with four more goals and a couple of assists. Lacked a bit of assuredness in the second half and it showed in his shooting.

Pedro Portela – 7
Really quiet first half, missing his only shot on goal and often left exposed in transition defence. Came to life after the break, becoming the biggest beneficiary of 7vs6 attack with five goals on the right wing.

Victor Iturriza – 6
Came in midway through the first half and ended up having the most eventful evening among Portugal’s big men. Did some good work on the line in attack and threw himself about in defence, though was a bit of a liability and his third and final suspension was ill-timed.

Daymaro Salina – 6
Used primarily in defence, where he had a decent game, despite being caught out a couple of times. Threw in on the line in the final stages and scored an important goal.

Diogo Branquinho – 5
Was not able to get involved as much as he would have liked, scoring a goal in each half and missing two shots which he should have done better with.

André Gomes – 5
It looked like today was going to be the day that Gomes announced himself on the world stage. Three goals in the opening exchanges, including a brilliant in-flight helped Portugal ease into the game but he was soon figured out and limped to figures of one goal from five shots in his following 20 minutes on court.

Leonel Fernandes – 5
On for just under a quarter of an hour on the wing and although he didn’t get a shot on goal, he did produce an assist and a steal in a solid effort.

António Areia – 4
We’re used to seeing much more of Areia but Portela’s top form has kept him out. Came in for a brief spell while Portela was struggling and while he didn’t get a shot, he contributed with a very important interception, preventing a certain goal on the wing.

Alfredo Quintana – 3
Big penalty save from Sagosen on the quarter-hour mark but that was as good as it got for Quintana today. Just one save in the second half saw him make way for the crunch time.

Belone Moreira – 3
Started at right back but his evening was short lived as he lasted just 12 minutes on court. Besides one nice cross-court assist, Moreira didn’t look too comfortable out there.

Rui Silva – 3
Provided an amazing in-flight assist for Gomes early on but it was all downhill from there. His assists save him from a worse rating as it was not Rui’s day.

Alexandre Cavalcanti – 3
Came in for six minutes, which may have seen him escape a rating but all he can really be judged on is the two shots he took and did not score.

Coach Christian Berge – 7
His side’s incessant counter-attacking made Portugal’s two defensive specialist plan difficult to execute. Looked a bit lost in the 7vs6 game and took a chance by allowing the wings the space to shoot. Eventually got it right again, just in time to snatch victory.

Christian O’Sullivan – 8
Ran the show in the first half, dishing out assist after assist and scoring two nice counter-attack goals. His second half was a bit shakier as he committed a few turnovers but stepped up when needed most late on to score a vital goal and send Norway on their way to the points.

Magnus Jøndal – 8
Put in a tireless shift for Norway on the left wing. Worked hard in all phases and was rewarded with five well-taken goals.

Harald Reinkind – 7
You felt like he needed a good start to this game and he had exactly that with an early long-range goal. Backed himself in 1vs1 situations over and over again, scoring four in the first half and the first just after the break. Then he disappeared in attack! Had a role to play in defence but didn’t seem to fancy being the hero late on.

Torbjørn Bergerud – 7
With seven saves in each half and a 34% rate, it was the solid and assured performance Norway needed on a day like today. After struggling with long-range shots early on, he began to own that aspect of the game and produced a couple of huge saves which low-key made the difference.

Kristian Bjørnsen – 7
Just as tireless a performance as his opposite wing but slightly less prolific. Scored all three shots he took but let a fast break pass slip under his grasp in the final minutes with an open goal looming – and every goal may well count for Norway come Sunday night.

Sander Sagosen – 7
Took a heavy hit early on but kept on trucking. He appeared to take a measured approach, not overdoing it in the first half but that went out the window in the final quarter as he felt the need to kill the game off and met his unexpected match in Humberto Gomes. Six goals and seven assists still deserves a decent rating though.

Bjarte Myrhol – 6
Was left frustrated at times today, not surprising given the defence he was up against. Scored a couple of nice goals but missed two good chances as well, something we’re not used to seeing from the Norwegian superhero.

Petter Øverby – 6
Turned inside-out a couple of times by Portugal’s speed in the back court and a bit off the pace too often. Øverby grew into the game though and contributed in attack with a couple of goals, including what turned out to be the winner.

Kent Robin Tønnesen – 5
Slotted in at right back for seven minutes to cover for Reinkind and did the business, scoring a goal from his only shot.

Gøran Johannessen – 5
Tried to force the issue with two unsuccessful back court shots in the first half but fired in a much-needed goal early in the second. A more assured performance overall after the break but not enough to take the game by storm.