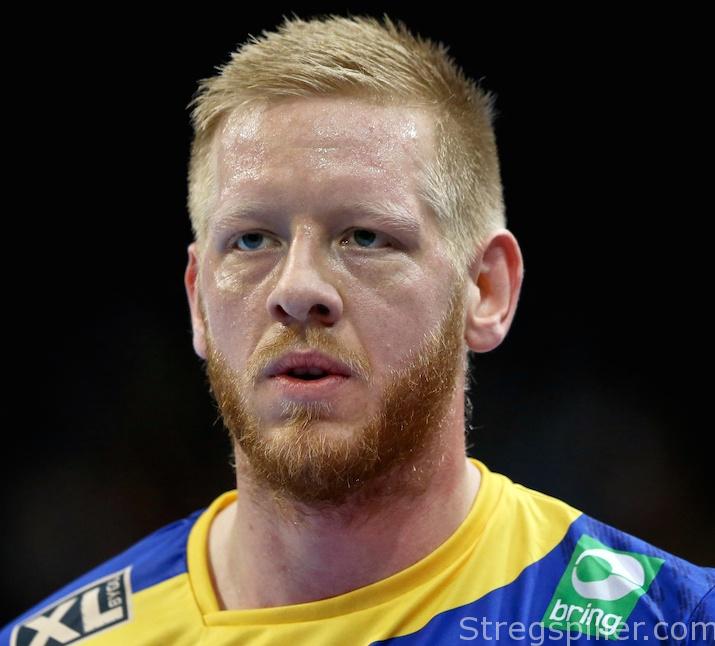 An intriguing and at times exciting Friday night clash saw Slovenia and Sweden play out a 28:28 draw as Slovenia twice clawed their way back from significant deficits to claim a point. The result keeps Slovenia’s hopes of reaching the quarter-finals alive while Sweden now top the group with one round left to play.

Coach Ljubomir Vranjes – 7
Slovenia came into this game as favourites on paper but never really looked the part on court. The strongest aspect of the tactical performance was the reaction to going behind twice and Vranjes using his squad’s superior depth to good effect.

Dragan Gajic – 9
12 minutes on court and six goals – what else would you expect from one of the most in-form players this season. Four of them were penalties, which he took brilliantly and when finally given a chance in open play, he delivered!

Dean Bombac – 8
Started at left back and although he isn’t a tradition shooter, still caused plenty of trouble. Moved into centre back after 15 minutes and really worked his magic. Given all the time in the world around the nine metre line and took full advantage with mesmerising breakthrough goals and creative assists to the line, including for the equaliser at the death.

Miha Zarabec – 8
In fine shooting form today with five goals from seven shots, breaking through well and looking dangerous from long-range, an important aspect for this team. Eventually played second fiddle to Bombac as playmaker but took his opportunities well.

Klemen Ferlin – 8
A real game-changer. Came in between the posts at half-time and produced a number of solid stops throughout the second half, finishing a 38% save rate.

Blaz Blagotinsek – 8
Played a vital role at both ends of the court today and clearly won the line battle. Scored all four of his shots on goal. Caught out a few times in defence but did produce a block and a steal.

Blaz Janc – 6
I would have liked to see him used more at right back today but he did his duty on the wing and was eventually rewarded with two goals late on. No real fast break chances and it must have been a somewhat frustrating game for him.

Jure Dolenec – 6
Had a fairly classic Jure Dolenec performance, always good for a few goals and a moment of magic or two but won’t set the world alight. Scored all four goals in the space of five minutes and despite a couple of turnovers, perhaps should have been given a role to play in the second half.

Matej Gaber – 6
Made a big difference in defence when he came in, playing hard but not overstepping the mark. Only got his hands on the ball once, with the final attack of the game, catching a Bombac pass well and firing home to save a draw.

Nejc Cehte – 5
Scored a pair of important goals midway through the second half but also missed a couple and didn’t look like he was going to be a gamechanger in crunch time.

Borut Mackovsek – 4
Slovenia’s one true big shooter had a bit of a wild day in front of goal. Three of his eight shots found the back of the net. His defensive work and assist giving show there is more to his game to be judged but it’s difficult to disregard those shooting stats.

Urban Lesjak – 3
Peaked very early in this game with a couple of nice saves from Wanne but that was all he had to write home about. Three saves at 18% meant he was given the hook at half-time.

Darko Cingesar – 3
The cause of Persson’s headbang in the first attack, getting a suspension for it. Another suspension shortly afterwards signalled the end of his game.

Nik Henigman – 2
A nightmarish evening for a man played out of position, which saves him from a 1. Missed a pair of wide-open chances in the final stages with Slovenia holding a numerical advantage, three missed shots and a turnover was his body of work today.

Coach Glenn Solberg – 7
His approach of using no subs between attack and defence helped to shore up the defence and limit Slovenia’s opportunities for second wave goals. Tried to rotate his bench early in the game which allowed Slovenia to come back before half-time and could have tried something more to reduce Bombac’s freedom in attack.

Jim Gottfridsson – 9
Always knows how and when to throw his body around in attack and always good for a goal when his team are stuck. Played in some nice assists, including the final goal to Flensburg teammate Wanne. A couple of misplaced passes his only downfall today.

Jonathan Carlsbogård – 8
Despite coming into this championship with just a single international cap to his name, Carlsbogård has established himself as the starting left back and rightly so. Played with real composure, selecting his shots well and thriving on delivering assists – finishing with three goals and five assists.

Linus Persson – 8
Seemed completely unperturbed from a heavy hit to the head in the first attack and looked the most dangerous back player in the opening stages. Effective from long range in one vs one situations and breakthroughs, a constant thorn in Slovenia’s side in the first half until his early hit took its toll and his game came to an early end.

Valter Chrintz – 8
Handed a rare start on the right wing and responded very well to a poor miss right at the start. Popped up in the right place at the right time on a couple of occasions on the line as he picked up five goals. Looked a bit shy when offered a chance to shoot late on but made up for it with a nice and vital interception.

Hampus Wanne – 7
Heavily involved in attack, both on the wing and fast breaks, but was a bit too costly with his shooting – finishing with seven goals from 13 attempts. Most importantly, however, he was there on the line to score Sweden’s final goal.

Andreas Palicka – 7
Huge save with Sweden two men down and 10 minutes remaining, a perfect example of his performance today. Not the greatest stats, nine saves at 29%, but the timing and importance of his saves spoke volumes.

Max Darj – 6
Was in for a tough old day, playing both ways against his opposition beasts on the line and defending against some of the world’s trickiest playmakers. That took its toll as the game wore on as he never really got his hands on the ball and ended up being sent off with three suspensions. Nevertheless, fought well in the centre block.

Alfred Jonsson – 6
After missing a couple of shots late on, he showed the marbles to take another chance and was rewarded with a goal. Always looks a danger when he got on the ball and a useful impact player for the 15 minutes he was used.

Fredric Pettersson – 5
Came on after Darj got a suspension and suffered the same fate moments later as Bombac turned him inside out. Scored a nice goal on a fast break and helped to match Slovenia’s muscle on the line.

Lukas Sandell – 4
Missed an absolute sitter on a fast break in the final quarter, missing the goal completely, which summed up his game. Couldn’t make much on an impact at right back in attack but kept the game flowing and allowed others to shine.

Anton Lindskog – 3
Looked a fair bit off the pace, which is understandable seeing as he’s just been cleared of the Coronavirus. Struggled to deal with Slovenia’s trickery and turn of pace in the back court.