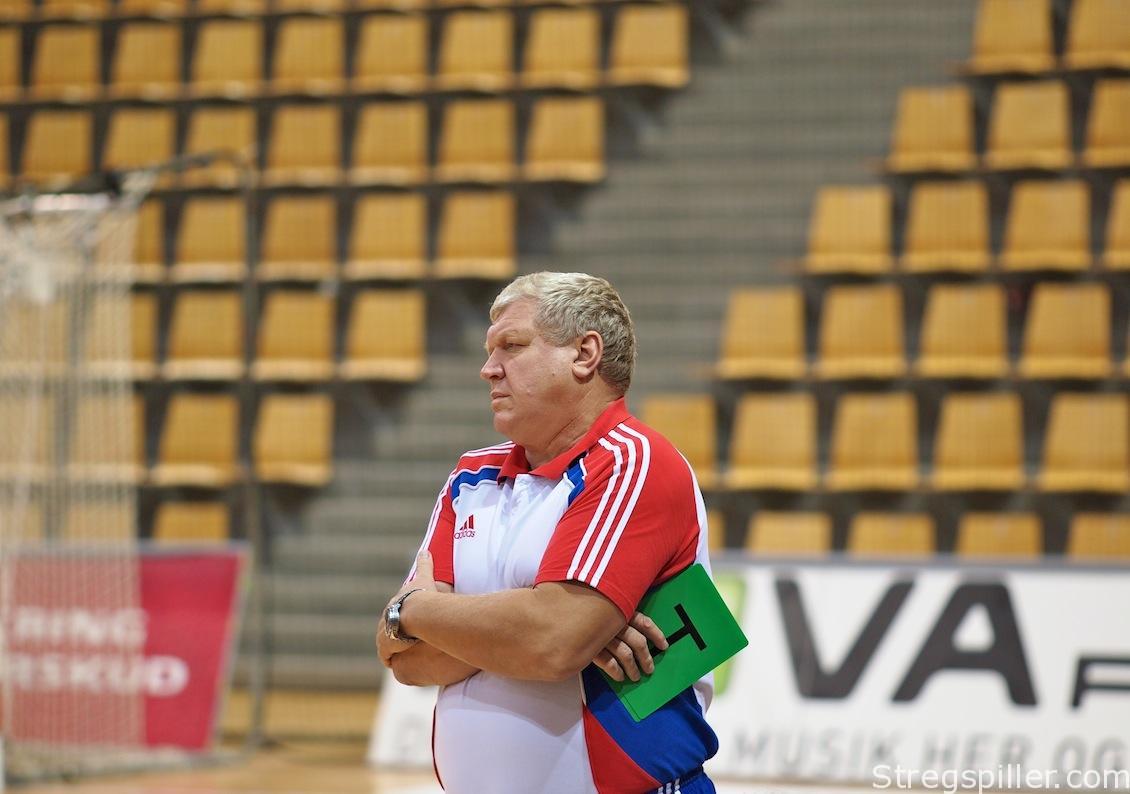 Unlike Arnold Schwarzenegger in his epic movie “The Terminator” Yevgeni Trefilov did not have it in his own hands when Russia’s Handball Federation (RHF) concluded in a tight 5:4 vote that it was in the nation’s best interest to bring back the experienced but highly controversial coach.

Only twelve months ago Trefilov was relieved from his duties at the helm of Russia’s national women handball team.  After a frustrating result in the 2011 World Championship in Brazil and a very disappointing early exit from the London Olympics, Russia seemed to be ready for a new, more modern style of coaching.  At the time the Executive Committee of the RHF let the (handball) world know to explore all options – even entertaining the idea of hiring a foreign coach. Boris Alesin, President of the RHF, announced with much fanfare that the new team leader would go through a public try-out and that the candidate could not coach another club next to Russia’s elite team.  For a moment it felt like a “Russian Spring” revolution before reality settled in and Vitalij Krokhin, Trefilov’s assistant coach got tapped for the job.

Unfortunately, Vitalij’s more composed and dare we say civilized coaching style did not stop the downward trend of team Russia.  Even though the women around Ludmilla Postnova placed 2nd in the Golden League tournament in Aarhus (2012) it became evident in the final against host Denmark that Russia was lacking speed and cohesiveness.  Not surprisingly a physical strong but uninspiring Russian team only ranked 6th at closing of the 2012 European Championship in Serbia.  After failing to qualify for the 2013 World Championship against the Netherlands, Krokhin’s brief career as head coach came to an end.

How will the fortunes of team Russia change now that the “Russian Bear” is back?  For sure Trefilov’s voice will be heard loud and clear once again on the sidelines and beyond – but what else can the 58 years old coaching legend accomplish?  Despite an impressive physique his health appears to be fragile after a reported heart attack earlier.  Recently, Trefilov was quoted saying that his goal is to build up the team’s confidence again.  The statement was not indicative of a long-term plan much less a vision for the future.  It will take more to re-establish the Russian squad amongst the top four teams in the world.  Regaining faith maybe a starting point but it will not automatically carry the national team to its former greatness that resulted in four World Championship gold medals.  Mr. Trefilov’s return to coaching will add to overall entertainment but if it was the right strategic move remains to be seen.  On October 23 he will face a first test against the much improved German team of Heine Jensen in an EC 2014 qualifier.

Sticking with the initial analogy to “The Terminator” franchise of films Yevgeni Trefilov is now reappearing in the sequel “Terminator 2 – Judgment Day”… but can this episode have a happier ending?  Unquestionable we will not see “Terminator 3: Rise of the Machines”.