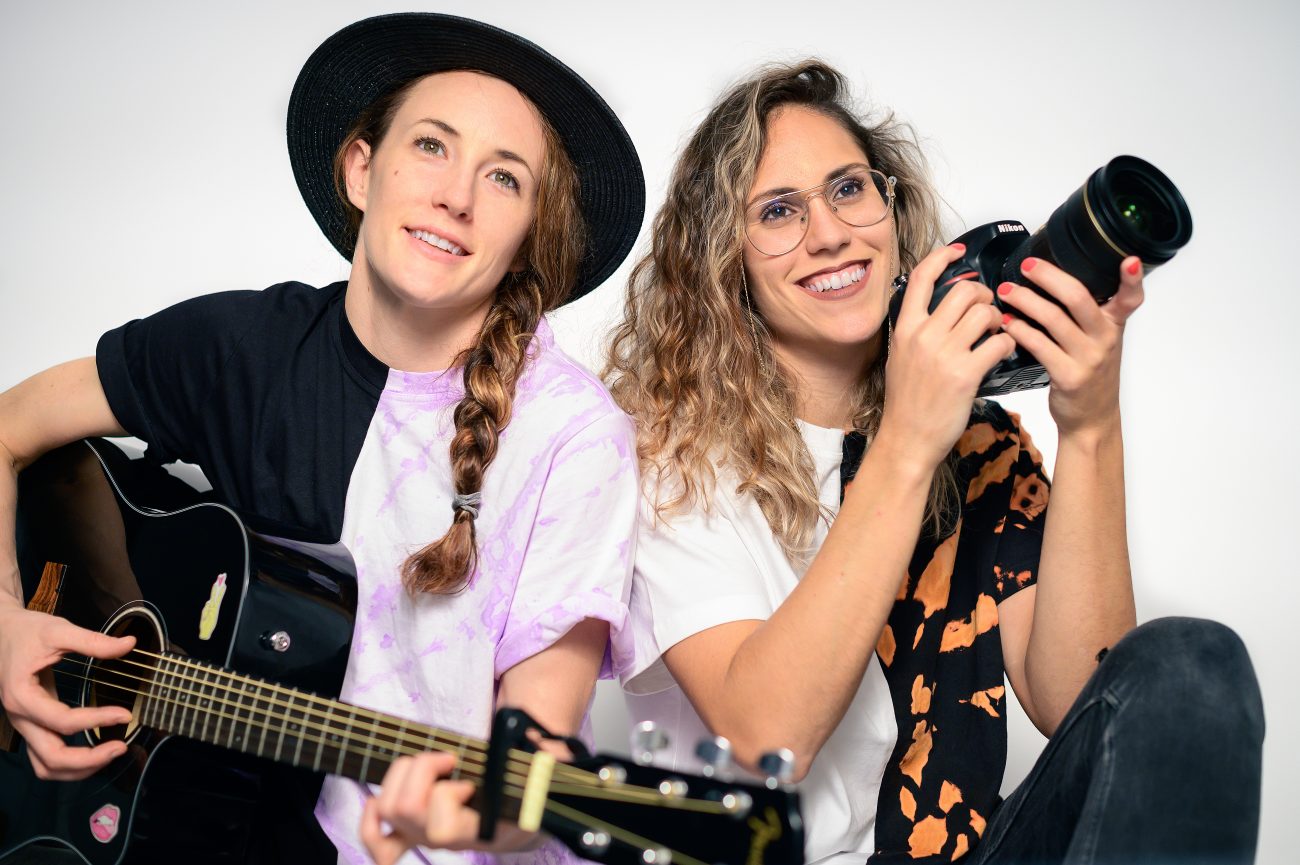 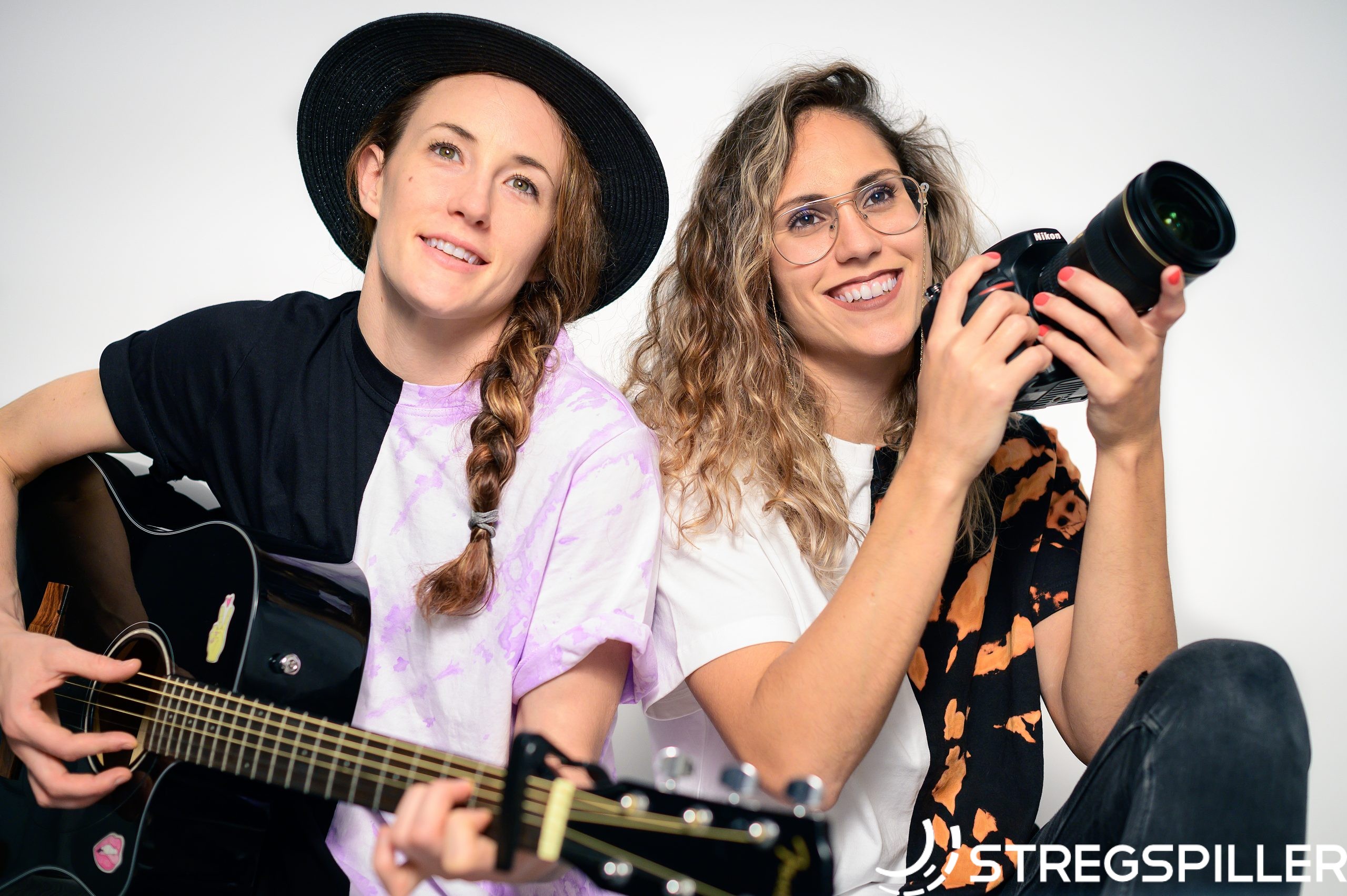 2020 did turn dark not because of the upcoming winter season but first and foremost because of the ongoing Covid-19 pandemic.  Once again infection rates are on the rise almost everywhere and politicians around the world are struggling to find a balance between public- and economic health.

Handball did not go unscathed as the widespread Corona virus wreaked havoc among clubs, leading to numerous match cancellations on the national and international stage and forced as many players / teams to quarantine often for prolonged periods.  Last week Norway dropped out as co-host of the Women’s EHF EURO 2020 and at this point all hope rests on Denmark to pull off the tournament.

In this general feeling of gloom and doom, Kristina ‘Kiki’ Liscevic, the charismatic Serbian international, currently playing for SCM Ramnicu Valcea, launched her song, “I’m Gonna Win”.  Together with her teammate and collaborator, Mireya Gonzalez, they created a magnificent music video and an inspirational song that provides so much more than a ray of light during these trying times.

As the video goes viral stregspiller caught up with Valcea’s center back and talked with her about life outside handball, the making of “I’m Gonna Win”, the upcoming EHF EURO 2020 and the challenges for the rest of the handball season.

The Making of “I’m Gonna Win”

“I have been deeply in love with music all my life”, explains Kristina Liscevic as she reveals the origins of her creative side.

“Actually, my uncle has been a singer in his early years and he has been a big influence.  We always have music in the house, it’s in my ears all the time and I learned so much about it not the least because I have traveled to and played handball in so many countries. I like all kinds of music and dance – every type of music is special.”

Having taught herself to play the guitar with the help of YouTube videos, Kristina looks back at some of her earlier projects leading to the making of “I’m Gonna Win”.

“It was a real challenge for me and I can’t praise Mireya Gonzalez enough.  She has been the biggest part in all of this. She knows that I love music and like to play my guitar. At one point she told me that if I ever wanted to create my own songs with my own lyrics and rhythm, she would film me.”

‘Are You Ready’ was the first video Kiki and Mireya created together. A project where Mireya only used a simple camera for easy video recording. In contrast to the current film, back then “we did not approach it professionally”, says Kristina Liscevic.

“Normally, I like romantic music, the type of music I am writing, right now.  But, this song (“I’m Gonna Win” ed.) developed by accident, in the bus while we were traveling to a game.  All of a sudden, I had these thoughts coming to my mind… I’m Gonna win, I’m gonna win.  The lines stuck in my head for a while before I wrote them down. Then one day while at home, I finished writing the song and when I presented it to Mireya she really liked it. It triggered such good emotions.

“I was sweating while presenting it to her as my former teammates from Esbjerg can attest to – I am very shy in front of people.  Mireya said that she just needed one more thing and I would be ready for her video. She explained to me that in order to create a good video, we would need a quality sound.  We would need to find a recording studio.”

“Where would I find a recording studio where I would walk in and say ‘Hi, I know next to nothing about music but can you record my song?’  Luckily we play in Valcea where people adore handball and we were introduced to Lee Music Productions.

“On the way to the studio Mireya and I were sweating, saying to ourselves, ‘Oh, my god what are we doing?’.  But, they (Lee Music ed.) were so nice, so open minded –  they immediately asked me to sing for them.”  And, the rest is history, by now.

“Lee Music didn’t need to do this for us.  They invited us, they recorded it, they helped us out with lighting and so many other things.  In some way we became a small family during this project.  Nobody was pushing us, there was no money to be made – it was pure pleasure. A beautiful experience.”

The Song and the Message

“Everything in this video is intentional,” Kiki Liscevic reveals.

“In short, we wanted to show that athletes have a life off court and that we don’t need to be in the sport.  People have other talents as well and we wanted to shine a light on it as they are often hidden.  Way to often, we are not searching for those talents.

“Some players get very depressed and angry at the world once their career is over. But, there are many things we can do – study a course or work on ourselves.  Players have so much time on their hands when they are not practicing.  We train two times, two hours per day max and there is much time left.  What are you doing with it?  You can’t drink coffee all the time.

‘Kiki’ Liscevic can’t stress enough the importance of having her teammates involved in the music video as well.

“When we included the squad in the video it was so much fun and a great team building exercise as several new players had joined the club.

“Nobody asked if Mireya can pull it off, nobody questioned if I could deliver the song – the team just went for it. It was important to have the girls involved and show that there is a life outside handball – I really loved every single second we spent together.”

Given all the positive feedback following the launch of the music video are there any plans for similar projects down the road?

“At this point we let it play out as we did not expect such an overwhelming response.  As soon as the video went on-line my social media blew up.  So many people shared the song and congratulated us.  And, it hasn’t stopped.

“The girls from Krim were practicing dance moves, the team from Veszprem has been so supportive and my friends in Esbjerg are listening to the music as well.  We still have time to think about what’s next.  For now, we enjoy that people listen to the song and get motivated.

EURO 2020 hanging in the balance

There is a good chance that “I’m Gonna Win” will become part of the playlist at the upcoming EHF EURO 2020, but for now the tournament hangs in the balance.  Denmark’s Handball Federation continues to prepare for the event, although as of now government and health officials have not reached a final decision one way or the other.  How does the uncertainty effect Kristina Liscevic and her Serbian teammates?

“Honestly, I try to remain optimistic and not think too much about it.  All the girls are struggling with the pandemic.  Some of them caught the virus already and try to get back into shape.  But, it’s not that easy.  All the teams are suffering in their preparation and it’s very difficult to make any predictions.

“But, leaving Covid-19 aside, I am convinced that we (Serbia ed.) can play for a medal.  We have a quality team and we have been so close, so many times.  This year we have a number of key players back and I do see ourselves among the favorites, despite the injury of Dragana Cvijic.  Maybe I am too confident, but that’s the way I see it.”

Assuming Serbia will qualify for the Tokyo Olympics, the event is now scheduled for the summer 2021, Kristina Liscevic expects her team to step up, as several players are expected to retire thereafter.  Could ‘Kiki” Liscevic be one of them?

“Right now, I really want to continue what I am doing together with Lee Music. I am very much looking forward to return to Valcea and do some more recordings.  As I said before, it feels like being at home.

“What I don’t want is to stop playing handball. I really love playing handball and I enjoy being on the field.  Reaching the Olympics is my vision and my biggest goal. First, I am a handball player – the music is for my pleasure and happening on the side. After my career this may change, you never know.”

“This season is absolutely not healthy”

Liscevic’s club has been hit particular hard by the ongoing pandemic.  In the 2020/21 DELO EHF Champions League, Ramnicu Valcea have yet to score a point and competed in only five of the nine rounds played, thus far.  Only Vipers Kristiansand missed more games.

“It has been a struggle, so far.  We were always missing someone and because of Covid we had to quarantine.  Against Buducnost we had a close match and it felt good, but we need everyone healthy to be successful.  The second part of the season is more important and hopefully better for us.

“No matter what, we will have to play so many matches next year – it will very demanding.  One thing we should not do, is to look back at games that are behind us. We need to be smart and clever, get as much rest as possible and take good care of ourselves.

“This season is absolutely not healthy, but right now there is no other solution.  In the end, the teams who have two quality players for each position will benefit the most”, concludes Kristina Liscevic.