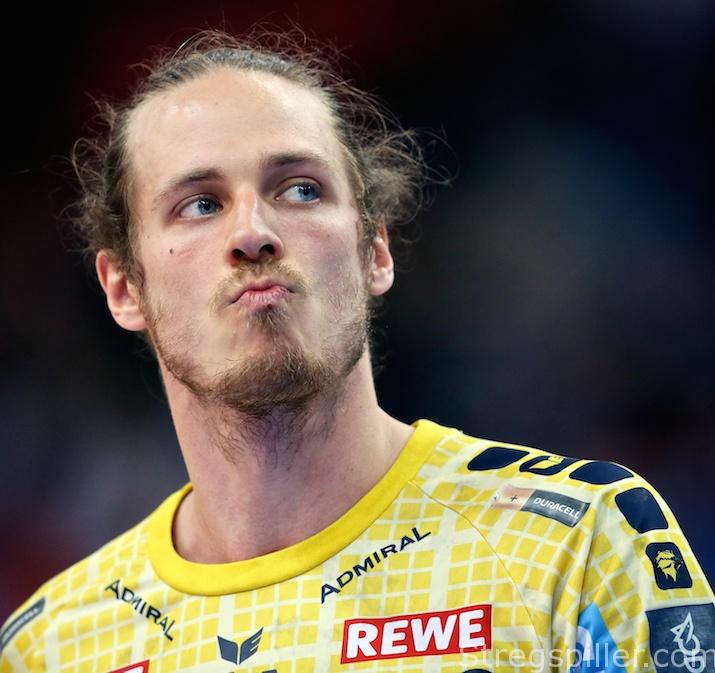 “I’m quite fed up thinking about who’s to blame”

The announcement of Rhein-Neckar Löwen sending their B team to battle Kielce in the Round of Last 16 of the 2017/18 Champions League has been the hot topic in the world of handball during these past few days. The decision has been a tough one, says Jennifer Kettemann, the club’s managing director. I had a chance to talk to her about reasons, lack of communication and if there are any near term solutions. Here is what she had to say.

First of all, I would like to know how comfortable you feel with your decision?

JK:  Comfortable?!  Let’s say I’m OK with our decision.  At this point in time, I’m convinced we had no other option and we were almost forced to act like we did. But feeling “comfortable” is something different. I don’t feel like it because the decision was a very tough one and it wasn’t perfect. It also is the first year where we have been setting new goals with regards to the Champions League. We wanted to reach the quarterfinals, and I know our players were having the Final4 on their mind as well. That’s why it’s such a shame that our chances are quite slim now and that’s why we are very disappointed.

How did the players react?

JK:  Obviously, I talked to them before. We took this decision together. That’s very important because I was deciding about their objectives as well. They have backed my decision and it was great to feel their support. They realized that it was a very difficult decision for me to make, but in the end all of them were on my side.

In all likelihood your decision will mean exiting the Champions League…

JK:  It will be hard.  We still have some hope that our farm team will return home with a result allowing us to compete.  Maybe the result (in Kielce ed.) won’t be as clear as most expect, so we can turn it around at home.  Obviously our chances are very slim.

Were you upset when you found out that the EHF had scheduled the game for this particular Saturday?

JK:  Not upset, but disappointed.  I have certain expectations towards both federations and I don’t want to exclude anybody.  To be honest, I’m quite fed up thinking about who’s to blame.  I expect both parties to make sure that we are able to play handball, because that’s what we would like to do, that’s our job.  Right now that’s not possible, so I am very disappointed and I hope that it will improve in the future.

How did the EHF react to your decision?

JK:  You will need to talk about it with the EHF.  I can only talk about what I know by now.  And so far there was no reaction – we will see.

You were commended by a lot of people because of your decision, but at the same time some were also quite critical. What about the argument that your domestic game on Free-TV and it’s financial importance is more significant than the international match and your players, who fought hard for 14 games during the Champions League group stage, and what about the fans, who travelled far to follow your team?

JK: I can understand the critics, but there are two sides to it. ARD (Germany’s free-TV channel that will broadcast the game between Kiel and Löwen on March 24th ed.) wants to broadcast two matches per season and I can understand that they want to have Kiel, Flensburg or us to be part of it.  However, it’s unfortunate that the calendar openings for such a game are very small.  This time the slot is available because the football league is having an international break.  Actually, it means that ARD has no flexibility at all.  But I was told that the date was communicated to the EHF very early.  In various meetings, for example, in early October, when all of us very sitting together in Munich to discuss matters like this one, I frequently mentioned the potential conflict.  Unfortunately, not a lot of the attendees listened to me and during the follow-up my concern wasn’t even mentioned.  This is all I can do, the rest is up to the federations.

Rather unprofessional – ignoring your concern?!

JK:  Well, it’s important to change it in the future. I’m not the type of person who wants to blame people and criticize them all the time. I’m looking for possible solutions. This whole process has to be optimized.

Do you see any solutions in the near term?

JK:  Not in the near future, but we need solutions – soon.  Once the format of the Champions League is changed it will become much easier, I think, as there will be a better structure with regards to scheduling match days.

Considering that we talk about the two most important club competitions in all of handball – Germany’s Handball-Bundesliga and the EHF Champions League – I am still stunned that communication seems to be lacking to such extend. Communication or lack thereof appears to be the major problem – is this right?

JK:   Yes, I agree and there is plenty of room for improvement.

As you have decided playing in Kiel with your A team, you will also face a massive loss in Kielce. But you also mentioned that hosting the Polish team (for the 2nd leg match ed.) on Easter Sunday is essential for you because it’s an important date for your fans to come and watch a Champions League game. How important is this date now, assuming you will lose by 15 or 20 goals in Kielce?

JK:  We knew that once we made the decision.  And yes, the return leg is not of the same importance as it was before and will be less attractive for our fans. But we had no choice and that’s why we’ll also have to live with the financial loss that we’ll incur.

Last but not least, can you understand the opponents who want to play on this particular weekend?

JK:  Yes – I talked a lot with the clubs.  I can understand every single reason. But looking at the big picture, I still think that we need to find compromises and we need to take a deeper look at the domestic TV deals that we sign and that these TV deals, work and not conflict with other arrangements elsewhere.  In football the schedule works, so we should be able to find a solution for handball as well.