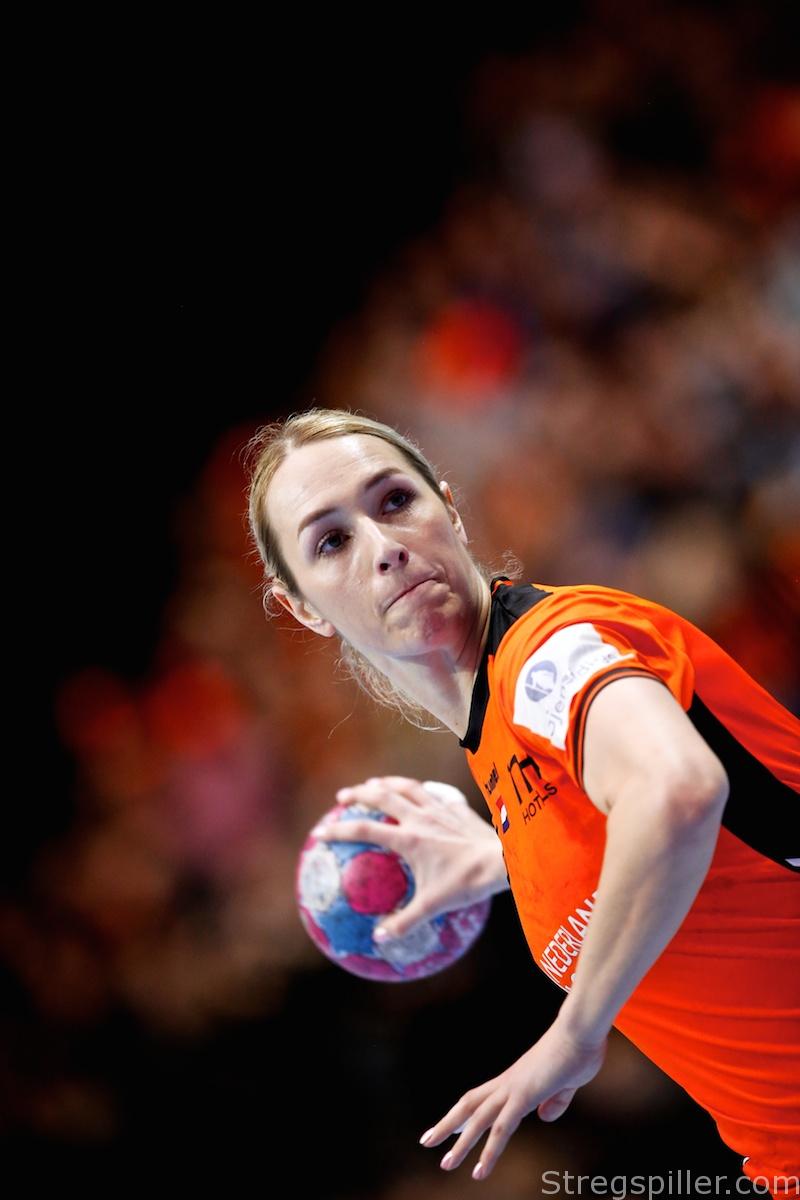 INTERVIEW Groningen, Emmen, Oldenburg, Baia Mare, Paris, Rostov-Don these were the career stops of Lois Abbingh, thus far. On Saturday, she and her Rostov teammates will compete in semi-final number two of the DELO Women’s EHF FINAL4, in Budapest – a first for her.  For many the Dutch international is the best left-back in the world, next to Christina Neagu (Romania).  Yet, in the 2018/19 edition of the Champions League, Abbingh did not spent as much time on her preferred position as she would have like to because of numerous injuries that plagued her team throughout the season.  Right before the handball summit in the Hungarian capital, Lois Abbingh took the time and shares her thoughts ahead of the biggest event in club handball.

In just a few days the highlight of the 2018/19 Champions League season will begin – the DELO Women’s EHF FINAL4.  Did you get a chance to add up all your frequent flyer miles and the many kilometers traveled by bus already?

LA:  (Laughing) That’s right – I am collecting plenty of frequent flyer miles.  It’s unbelievable how much we travel, I’ve never experienced something like this before.  But, you get used to it as well.  Almost all trips are by plane and that’s much better compared to a bus ride.

At the tail end of an exhausting season, plagued by many injuries, where does Rostov stand right now and how would you describe your first season in Russia?

LA:  Indeed – the team had to deal with many injuries this season.  Whenever a player returned to the pitch, we soon lost another one.  Still, we coped quite well with these problems and only lost the two games against Metz.  Sometimes it was tiring because the players who were fit, played more minutes than usual.  Now, we have to get used to having all players participating in our practice sessions again (laughing). At this particular point in time, the injury of Maya (Petrova ed.), our line player, is a  burden.  Personally, I had to get used to the team, the frequent traveling and a new league, of course.

The FINAL4 tournament is a very a tight format that does not allow much time for recovery.  Media interest is significant and for many teams the electric atmosphere is unusual compared to regular season games.  How do you prepare for the event mentally?

LA:  Obviously, it will be very tough and you try to relax  as much as you possibly can beforehand, while preparing physically.  But, I’m so much looking forward to the FINAL4 – I just want it to start.  The rest, I deal with, when I am there.

The pressure that goes along with playing in the final round of major competitions is nothing new for you, as you gained plenty of experience with the Dutch national team in recent years.  How do you approach this event?

LA:  Many people ask me if I am nervous because it will be my first FINAL4, but as I said, I am just filled with joy to be there (the FINAL4 in Budapest ed.).  Of course, when the semifinal begins I will be nervous, but I believe every player will have similar feelings.  I have gained plenty of experience with the national team and I know what it means to play the important games.  The entire season you work towards this goal and when you reach it,  it’s just awesome to be on the floor.

Your first opponent – Metz – you still know from your time in the French league and from the two recent matches in the main round of the Champions League, which Rostov lost. This year, Metz has been one of the most solid teams – what’s your plan to avoid yet another defeat?

LA:  Metz have played a real good Champions League season, especially since January. They play with tremendous self-confidence and in the two games against us they were the better team.  The losses have taught us valuable lessons and we are preparing as good as we possibly can to beat them (Metz ed.) in the semi-final.  Having almost the entire team at our disposal will hopefully help us.

Your coach, Ambros Martin, knows the conditions and atmosphere in Budapest like no other and as the leader of Gyoer he succeeded in the EHF Champions League already four times. How do you experience his work?

LA:  Of course, he is very familiar with everything that will be happening at the FINAL4 and he tries to prepare us for every eventuality, on- as well as off-court. It’s nice to have a coach who can instill so much confidence in a team.  We all know that he’ll be there for us and that he’ll find a solution for any situation.  He really is one of the best coaches, I’ve ever worked with.

In contrast to previous years not all the pundits list Gyoer as the odds-on favorite – how do you evaluate the four teams?

LA:  I still believe that Gyoer has one of the best teams with many options on the bench.  They just have plenty of outstanding players with significant FINAL4 experience.  But, if Metz can maintain their level from the main round then they’ll have a good chance as well.  I think all clubs can win the FINAL4 because they made it there (to Budapest ed.).  Simply put, the team that can hit peak performance on that day will win – everything is possible!

This season you have occupied all back-court positions because of Rostov’s many injuries – a positive development for you personally?

LA:  Yes – all of this was new to me, of course.  I was new to the team and immediately played as center-back – I took on a lot of responsibility but it made me stronger as a player.  Now, I openly admit that I really enjoy playing left-back again (laughing).  But, I take the experience and maybe it comes in handy again, now that Nycke Groot has retired from the national team.

LA:  Hard to say (laughing).  Of course, I would like to help my team and if this means to top my record then that’s what it takes.  But, I much prefer to stand on the podium lifting the trophy and then it doesn’t matter if I scored zero or ten goals.