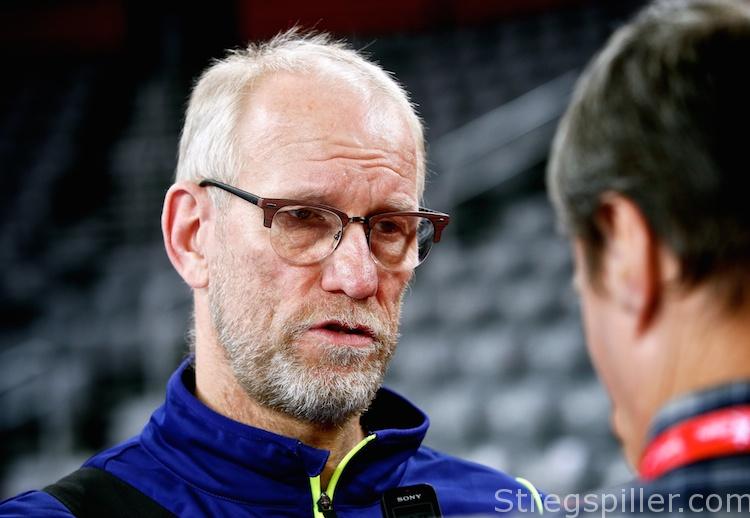 INTERVIEW – Goalkeepers have been in focus at the 2018 European championship – fully deserved, finds Sweden´s goalkeeping coach, Mats Olsson. He is impressed by the level of goalkeeping at the tournament, especially by Sweden’s Andrea Palicka and Mikael Appelgren.

If you want to know something about goalkeeping and how to become better, there probably is no better man to ask than Mats Olsson.

The 58-year-old, former Swedish international and member of the legendary “Bengan Boys”, knows more than most people about this particular aspect of the game. These days he performs double-duties, coaching the shot-blockers of Sweden´s national men’s handball team as well as Norway’s women.

He is not surprised at all that goalkeeper’s have been deciding so many games at the ongoing European championship.

“From what I have seen, the level has been very high throughout the tournament.

“Many goalkeepers played deciding roles in securing victories for their respective teams, and I certainly do not think that’s a coincidence. The goalkeepers with the best statistics are those of the two teams playing the final,” Mats Olsson tells stregspiller.com.

The two players he is in charge of – Sweden´s Mikael Appelgren and Andreas Palicka – are the duo with the highest saving percentage of all goalkeepers in the competition.

There is no particular secret behind their success, if you ask Olsson.

“The main “secret” is that both are extremely good goalkeepers, emphasized by the fact that they have not only performed well in the national team at this championship, but also throughout the entire season in Germany’s Bundesliga.

“Therefore, what we try to do here is maintaining the high performance level they already have.

“We try to achieve it by allowing them time to rest and prepare for the games, as well as trying to find the right amount of training.

“At a tournament like this fatigue is a critical factor, and adjusting the amount and intensity of training sessions becomes very important, taking into account the stress they are under.

“It’s all about making sure that they are in the best possible physical and mental shape before every match,” explains Mats Olsson.

“However, much of my job has been done already by others who have developed the two of them into outstanding goalkeepers,” adds Mats Olsson, when referring to the people who train, Appelgren and Palicka, on a daily basis at Rhein-Neckar Löwen.

“Actually, it is a great advantage having two goalkeepers from the same club, as you can be sure that they are both getting the same kind of training.

“The benefit of working with these two goalkeepers in particular, is that they are two different types of goalkeepers.

“They complement each other really well, but it also means that I train them in slightly different ways.

“The main advantage of having both of them play in the same club is perhaps that they know each other so well. They have very good communication and also coach each other from the bench. That makes the job of a goalkeeper’s coach so much easier, as I am not on the bench during matches,” states Mats Olsson.

No big difference between men and women

Besides taking care of Palicka and Appelgren, he is also coaching the goalkeepers in Norway´s women´s national handball team.

“There really is no big difference in the way you train male or female goalkeepers. The physical training is very much alike.

“Yet, there is a difference in preparing goalkeepers for upcoming opponents.

“For instance, male shooters jump higher than shooters in women´s handball; the wing players may jump a bit differently and hang in the air a bit longer.

“The way you position yourself in goal and your strategy facing the shooters varies a bit between male and female goalkeepers,” he explains.

Goalkeeping will be crucial

Just as goalkeepers have been in focus during the tournament, he also expects them to make the difference in the final of the men´s European championship, on Sunday night.

“I hope they will make the difference because it would mean that Sweden wins!”

“However, Spain have two very good goalkeepers as well. When you look at the statistics, their goalkeepers rank second, right behind ours.

“I hope it’ll stay this way tomorrow – it may very well be the team that succeeds in the goalkeeping duel, that wins the tournament,” predicts Mats Olsson.