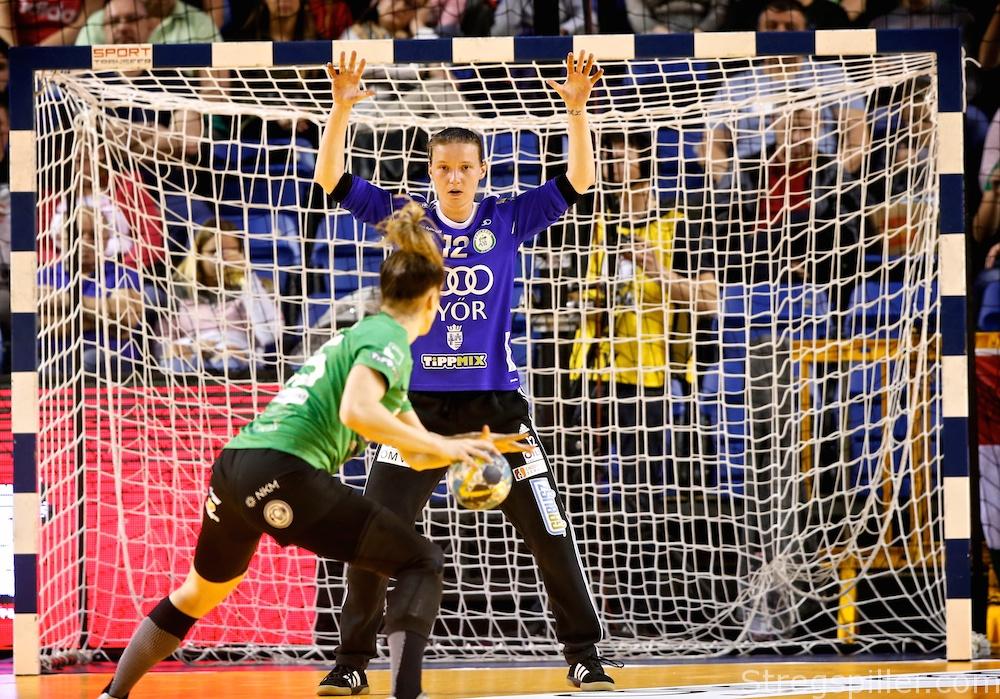 INTERVIEW – We shouldn’t be talking to Amandine Leynaud right now, as the French goalkeeper had one thought in mind after Olivier Krumbholz took over the French national handball team back in 2016.

“I told him I would stop after the European championship at home,” she smiles. Today, it seems that she has changed her mind, as the 32 year-old is still here, answering journalists’ questions prior to the French leg of the Golden League.

Three months ago Amandine Leynaud and her teammates stood on top of the podium at AccorHotels Arena, in Paris and for the head coach the way forward was pretty clear. The ticket to Tokyo secure, players were free to decide whether they wanted to play the World championship in Japan or not. If they felt they needed some time to rest they wouldn’t be forced to participate in the cycle leading up to the tournament, as the Olympics in Tokyo are the main objective.

“For those players who’ve been around for a long time, like me, this is pretty special. We’ve touched trophies so many times without actually lifting them.  Now, it feels like we’ve built something and we want to carry on, especially as it’s still a lot of fun,” smiles Amandine Leynaud.

For the goalkeeper it’s all straight forward. She’ll stop her national team career after the Olympics but before she wants to go to Tokyo in her best possible shape. In fact, it was the main reason why she decided to extend her contract with Györ for another year and not return home, where a number of French clubs would have welcomed her back.

“The real reason is that if we don’t win the Champions League this time, we’ll have another chance next season,” she laughs, before revealing the truth behind her decision.

“I wanted to have the best preparation ahead of Tokyo and I wanted to carry on playing in a handball powerhouse. Let’s not kid ourselves, I’m in the early stage of the end of my career, now.  And, I’ll be more ready for Tokyo while playing in Györ.”

The former player of Vardar Skopje, was also one of two French players who were nominated for the “IHF Player of the Year 2018”. Even though she didn’t win the award, Leynaud very much appreciates that her stunning performance in 2018, winning the European championship, didn’t go unnoticed.

“It was completely different from anything else I’ve experienced before. It was the most beautiful event as I could share it with my family and my loved ones. I also remember winning the silver medal at the 2016 Olympics (in Brazil ed.). For me, the Olympic Games are THE competition, but back then it was like 3 or 4 AM in France and I was talking on the phone – the feeling was not the same. Whereas this time, everybody was in the arena together with us,” she recalls.

For sure, winning the continental title will be something to remember for Amandine Leynaud. She never won a European championship before and her best result was a bronze medal in 2016.

“I recall sharing the room with Siraba Dembélé and being awake at 5AM. For us it (EURO 2018 ed.) was something impossible to achieve. We did it, but it hadn’t sunk in yet. All the emotions and thoughts in this very moment were impossible to cope with. Two summers before, we were on a beach talking about it.  The success was built on sacrifice – it was exhausting and difficult to comprehend that we won the European championship.

After the final match in Paris there was no time to come to terms with the achievement, as Amandine Leynaud, just like some of her teammates, hurried back to Hungary as the regular season resumed. This week is the first time she is  reconnecting with some of the players ever since EURO2018.

“That’s life for a professional athlete – it’s fast paced and never-ending. But, I’m sure at the end of my career, I’ll realize everything I’ve achieved. For now, I’m so happy to live the dream,” she concludes.