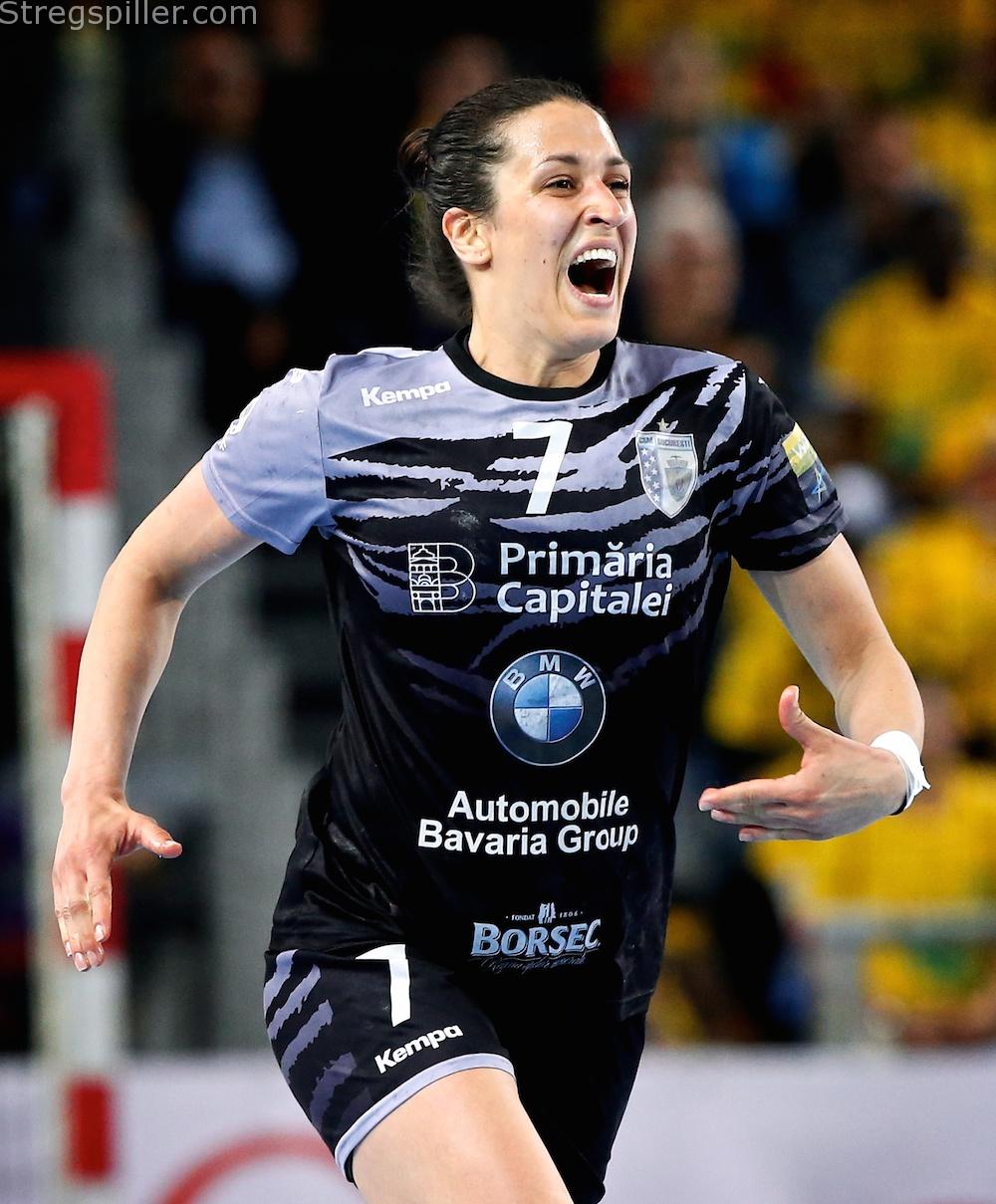 Both teams approached the top match of the DELO EHF Champions League in Bucarest fully rested, following their victories in Esbjerg (CSM Bucuresti) and at home versus Perla Lublin (Rostov).

Bucuresti continued to be without the recovering Christina Neagu and Nora Mork.  Rostov had arrived with their best team.

From the get-go Rostov seized the initiative, took the lead and kept it throughout the first half with the exception of one occasion.  Anna Vyakhireva was the dominating force as she scored eight of her game high twelve goals in the first 30 minutes.  Yet, CSM stayed within striking distance and never trailed by more than three goals, courtesy of a relentless Andrea Lekic.

Rostov came across as the more mature team in a tough and very physical match.  Case in point – five of Vyakhireva’s eight, first half goals were scored from the penalty line.  Bucuresti played catch up and the goals of left-back, Linnea Torstensson, kept the 2016 Champions League winner in the game during the opening phase, before Lekic and Dragana Cvijic took over, cutting the deficit to one by the time the two teams changed sides.

Rostov’s Vyakhireva remained a threat but could not dominate as she did in the first half.  On the other side, Andrea Lekic took full control and to no surprise it was her who delivered CSM’s lead (23:22, 58th minute)) for the second time in the match. But, less than a minute later Kristina Kozhokar made sure that the Russian champion would at least secure one – well deserved – point.

Judging by the result there was no difference between the squads.  Yet, when taking a closer look at the two teams, it was apparent that Rostov is further ahead in their development as a cohesive unit, especially in defense.  Not surprising, when considering the wholesale changes at CSM over the summer and the injuries of arguably the two best players in all of women’s handball (C. Neagu and N. Mork).  Add to it the premature departure of head coach Tomas Ryde and the upbeat reaction of Dragana Cvijic after the final buzzer made more sense.  She was not the only one who felt like a point was gained on Friday night, at Hall Polivalenta.

It has to be the no-look pass from Lekic to CSM’s lineplayer, Pintea in the 41st minute – the Serbian playmaker just had a stellar performance and the dish up to Pintea was just further proof.

stregspiller “Player of the Match”

Looking at the stats, Anna Vyakhireva stood out, no doubt. Rostov’s right-back was flawless from the penalty spot (6/6) and added another six goals from the field.  Yet, CSM’s Serbian playmaker, Andrea Lekic almost single handedly made sure that her team stayed in the game during the second half and it was her again who provided the lead with less than three minutes on the clock.

For the defense aficionados amongst handball fans, the handwriting of Rostov’s head coach, Ambros Martin, is increasingly visible.  In short: If his team can stay injury free, Rostov will be a formidable force to be reckoned with at the FINAL4 in Budapest, in the spring of 2020.

Martin’s colleague on Bucuresti’s bench, Adrian Vasile, has done a fine job, especially when taking into account the challenging circumstances in Romania’s capital.  For now, he can rely on the individual class of players like Lekic, Omoregie or Torstensson – just to name a few – but will he (or his successor) get the time to build a team?  Time will tell.

“In attack we have to be a little bit patient” –  coach Adrian Vasile (CSM Bucuresti) during a timeout, trying to calm his players as the game was approaching crunch time.

Next Saturday (Oct 19th) Rostov will take to the road again, this time to visit Esbjerg, while CSM Bucuresti will host the Polish champion, Perla Lublin.