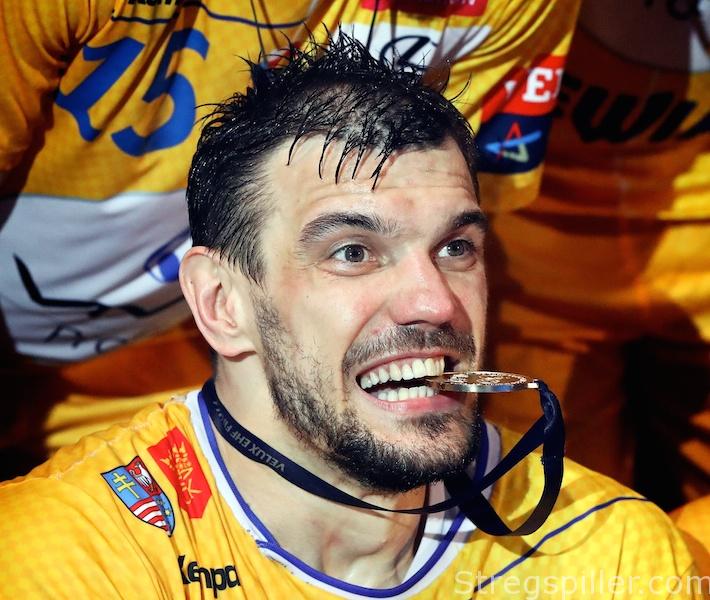 “In Flensburg I can make my dream come true”

When SG Flensburg-Handewitt announced the signing of left-back Michal Jurecki in the summer of 2019, a lot of people were shaking their heads in disbelief – too old, too slow for a team packed with young and fast players. But Jurecki strongly disagrees.  I spoke to the Polish veteran about his move back to Germany and the upcoming games against Paris Saint-Germain in the Champions League.

Last week it became public that you are heading to Flensburg in the summer 2019. The transfer surprised quite a few of the experts. Why are you leaving Poland again?

MJ: The answer is very simple – Kielce offered a one-year contract and Flensburg said I can join them for two years. Sure, I am not a youngster anymore, but of course I feel very fit and full of energy. I can definitely play at the highest level, and the German team allows me to do it.

You will be 34-years old once you return to the Bundesliga. Usually, Flensburg signs much younger players to develop them further. Were you surprised that Flensburg extended this offer?

MJ: Yes, that’s true – young and talented players come to Flensburg in the near future, but they told me, that they also need someone with experience, a player who has played in the big events like World- and European championships or the Champions League. It is very important to create a good mix and then make sure players work well with each other. It’s something you can see in almost every good team.

So why is Flensburg a good choice?

MJ: I was competing in the Bundesliga for three years, before I came back to Poland. However, during this time I didn’t fulfill my childhood dream, achieving something big in Germany. I think this is the most important reason and in Flensburg I can make my dream come true.

Many players are complaining about the number of games they have to play in the German league and prefer signing with teams in Hungary, Poland or Macedonia, for example. Aren’t you afraid that the stress might be too much for you at the end of your career?

MJ: You have to look at the bigger picture, as there are quite a few veteran player in the league – not just goalkeepers – that play very important roles in their teams. Although I will be already 34 years old, I am fit – physically and mentally – full of energy and I have the power to perform in the Bundesliga. I am a professional in every sense of the word: I train very hard, I take my time to regenerate very serious and I also focus a great deal on what I eat. This professional lifestyle allows me to play on the highest level. There are players who finish their careers when they are 33 or 34 years old, others play until they are 38 or 39 and they do it quite well. I think I belong to the second category.

Let us talk about your upcoming Champions League games against Paris. Do you agree that they are the favorites?

MJ: Yes, of course Paris is the favorite in this matchup, but we have nothing to lose. They have to win. We can win.

Do you think it’s an advantage to play the return leg in Paris when all the pressure will be on PSG?

JM: For sure – even if you play the second game on the road, the handicap will stay with PSG. But it is the golden rule of a pro-athlete: You have to look to the very next game first. Our job is to play a good game at home. Thereafter we can begin to think about what we can do in Paris.

Can you tell me one reason why you will make it to Cologne?

JM: Nobody can take our hope of winning away from us.  Like I said, PSG is the favorite, but this is sport and in sport nothing is impossible.