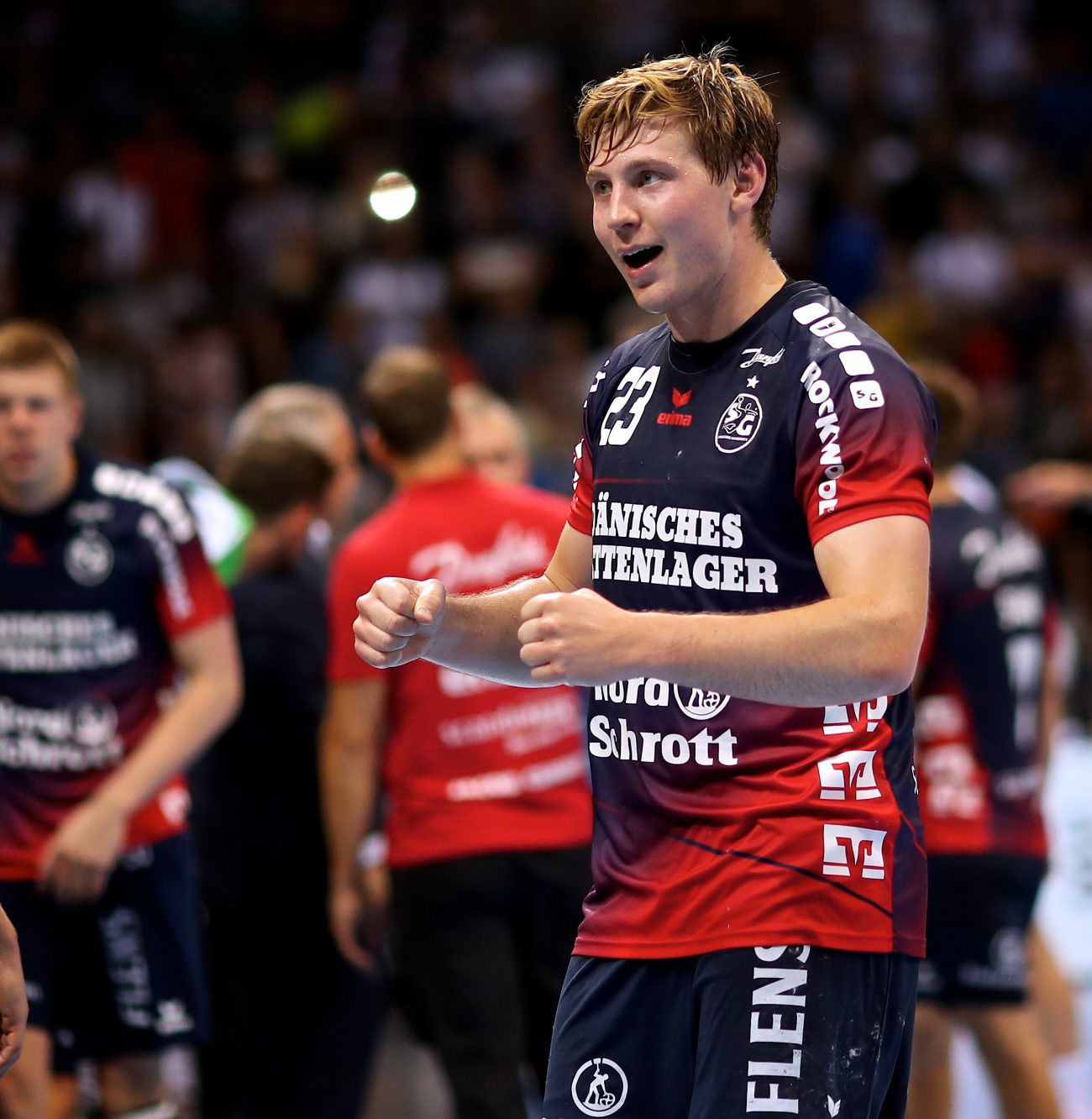 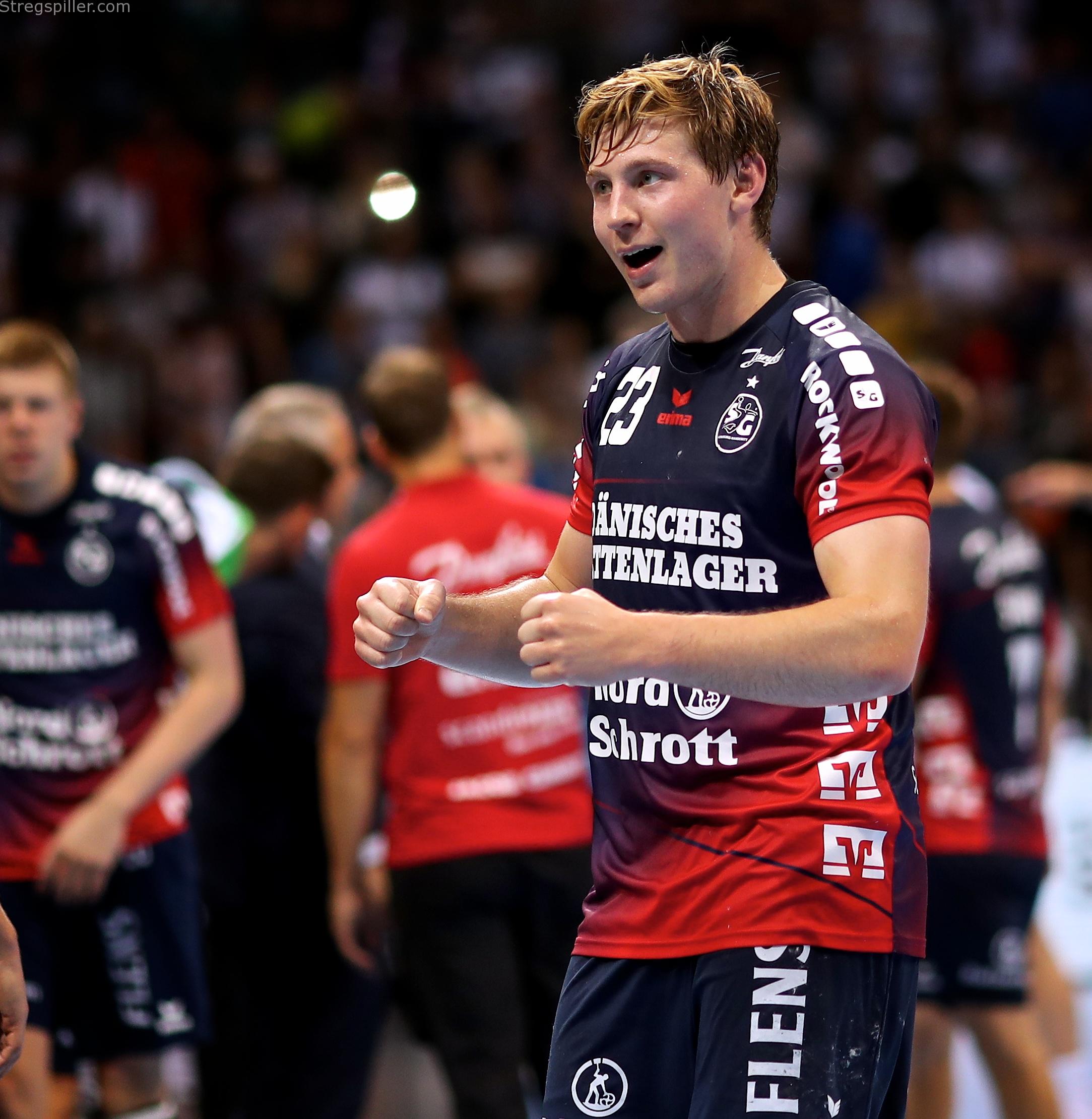 In Flight but no Take-Off

Visiting Flensburg lost their match at the Liqui Moly HBL against the team of the moment – Hannover-Burgdorf (23:22) , while Szeged concluded their road trip disposing of Tatabanya 34:28.

In the 2019/20 VELUX EHF Champions League, Flensburg had yet to lose a point after defeating Elverum and Celje in the earlier rounds. The Hungarian club started the season with a strong win at home versus Barcelona on opening day before leaving Paris empty handed, last weekend.

Flensburg arrived without left wing Hampus Wanne. The Swede is expected to return at some point in 2020 after recovering from foot surgery. He was replaced with 19-year old Mikkel Ebeling.

Mid-week Szeged played without the injured Sigurmannsson and Sostaric among others, but at least Stefan Sigurmannsson was expected to return for the Champions League match.

After 60 minutes the two teams split points after a tight contest in a loud and still very warm Varosi Sportcsarnok arena. From the beginning the German champion enjoyed the upper hand courtesy of Goran Joahnnessen, who was on fire in the opening phase of the match. Eventually, Szeged caught up and in the 18th minute it was former Flensburg player, Bogdan Radivojevic, who arranged the first lead for the home team.

In the second half, Szeged stayed ahead by one or two goals for most of the time before a powerful shot of Flensburg’s left-back, Simon Jeppsson, settled the score at 24:24.

In a low scoring affair there was not much that set the two teams apart.

The remarkable performance of Goran Johannessen (9 goals) was matched and even surpassed by the outstanding game of Bogdan Radivojevic (Szeged). The Serbian right winger was flawless from the 7-meter line (5/5) as well as from the field (6/6).

In Szeged’s goal Roland Mikkler (31% save rate) started strong whereas on the other side it took Benjamin Buric (23% save rate) until the second half before he made some crucial saves, like the one against Jonas Kallman (48th minute), backing his team’s defense efforts.

Four spectacular in-flight goals by Szeged (all in the first half) got the arena rocking. Unfortunately, there was no follow through after the break, as Szeged’s backcourt went cold. Stepancic (2), Bodo (1) and Bombac (1) were the only threat from long distance.

On the opposite side, Flensburg’s right-backs, Magnus Rod and Holger Glandorf, had a quiet afternoon all together as the two only attempted three shots on target but did not score. Not enough to make the difference.

No doubt Flensburg had the tougher program leading up to the encounter in Szeged. It was only on Thursday that Maik Machulla’s men faced the front-runner (Hannover-Burgdorf) in Germany’s domestic league, while Pastor’s men dealt with Tatabanya already on Wednesday.

Still, it came as a surprise to see Flensburg’s Lasse Svan on the bench for the entire 60 minutes.

In the second half, coach Pastor (Szeged) kept the combination of Bombac and Canellas on the field but neither one of them could exert the physical pressure necessary to challenge Flensburg’s defense.

Considering all of the above Flensburg must be happy with the point.  It certainly felt like a point gained, whereas Szeged may arrive at a different conclusion.  Radivojevic’s stellar performance was simply not enough to land another victory at home.  In fact, it could have easily turned out differently as Flensburg was in possession of the ball during the last minute of the match.

Up next, Svan & Co. will face struggling HC PPD Zagreb at Flens Arena, on October 9th and four days later, Szeged will head north, to meet an invigorated team from Aalborg.