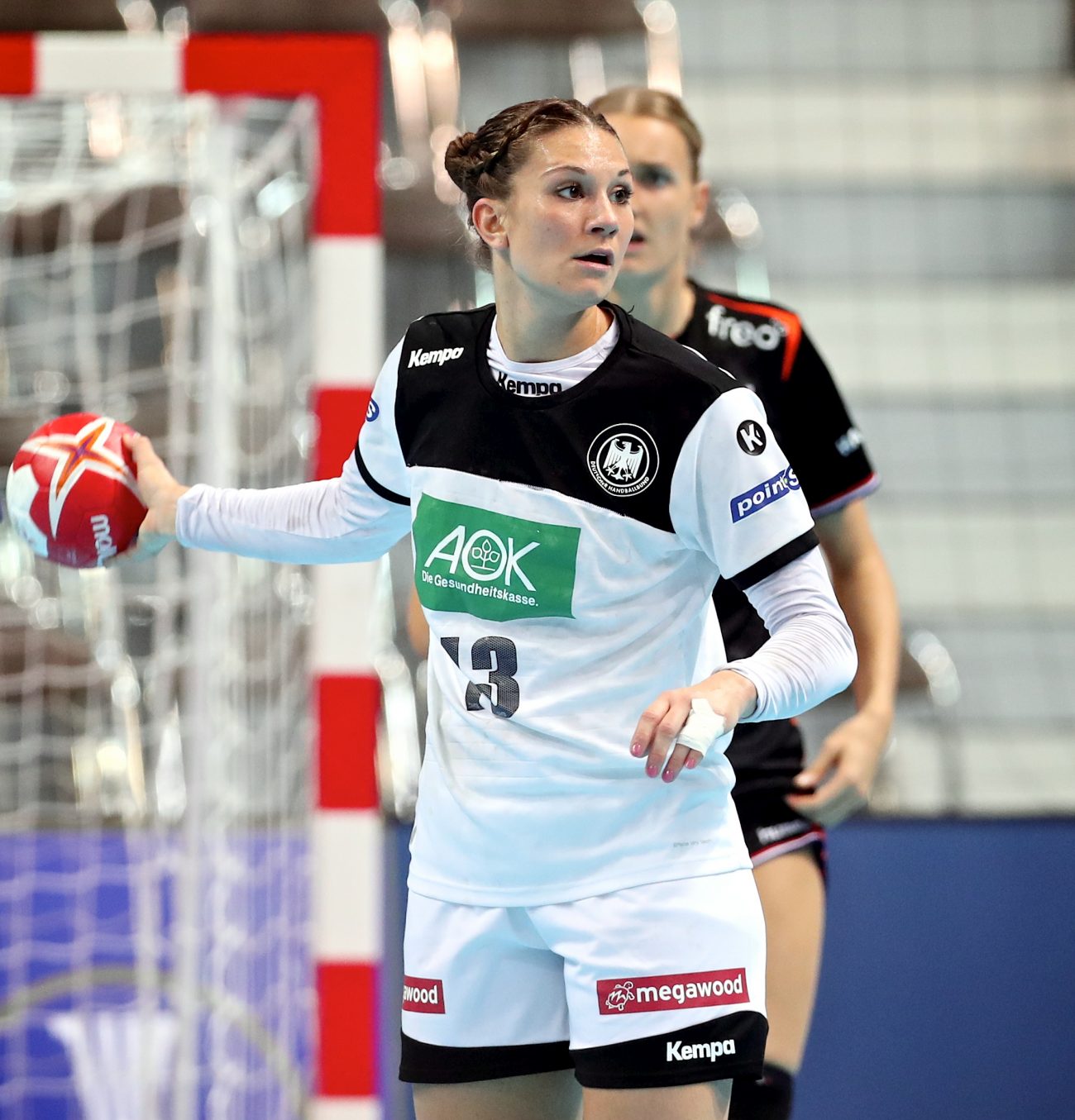 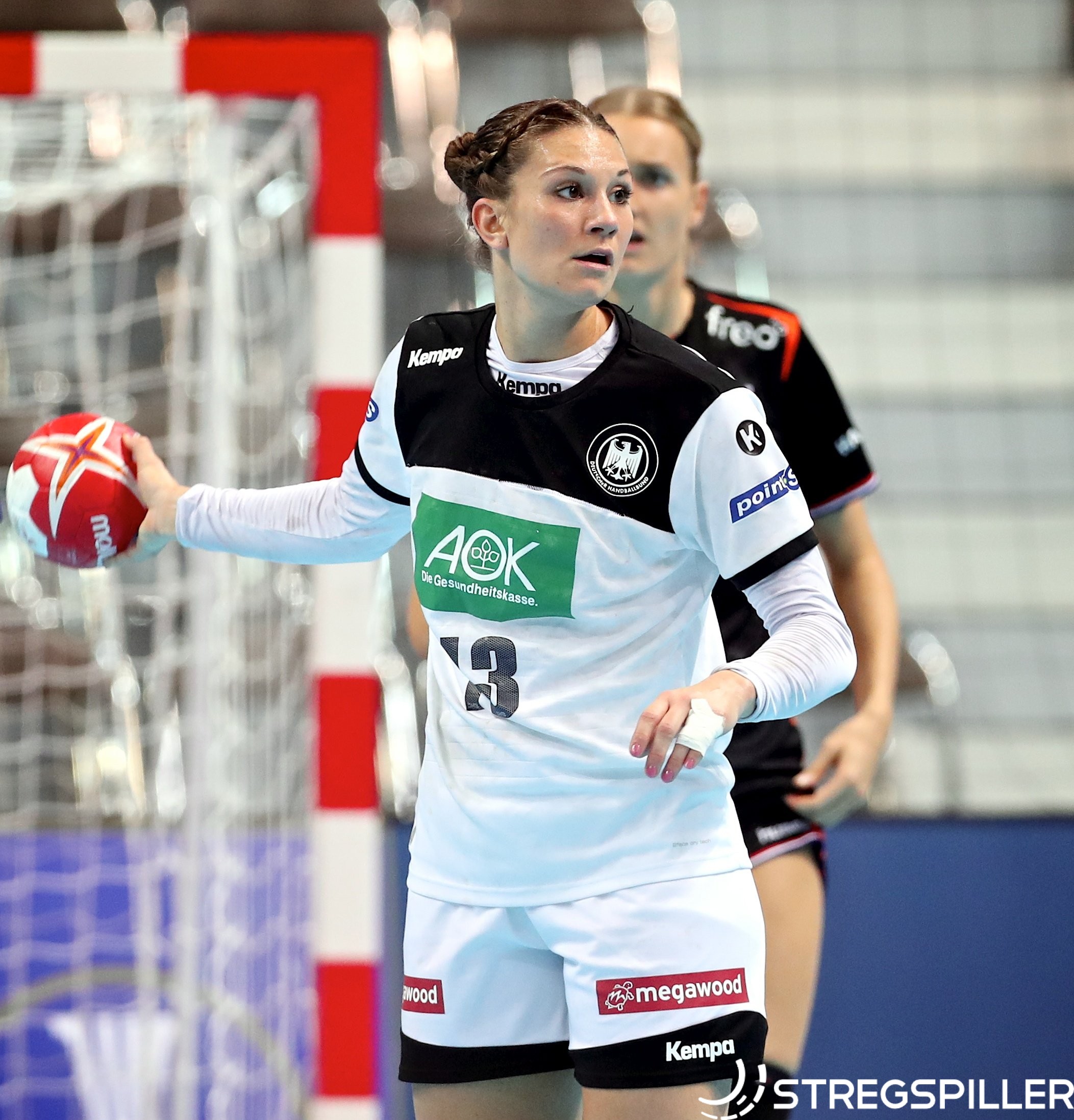 INTERVIEW –  It was one of the more spectacular transfers of last year, when German international, Julia Behnke, left TuS Metzingen to join the 2019 DELO EHF Champions League finalist, Rostov-Don.  Since then, she has taken major steps forward in her development as handball player – progress that could be witnessed at the World Cup, in Japan, last December.  But, it did not stop there.

Eventually, her advancement caught the eye of yet another one of Europe’s premier handball clubs – Hungary’s FTC.  In the summer, Julia Behnke will link up with her national teammates, Emily Boelk and Alicia Stolle, for the 2020/21 season, in one of the most competitive handball leagues.

The first thought that comes to mind is what led to the decision to leave Rostov after only one year and not prolong the stay in Russia?

“One year goes by very fast and, of course, I have given thought to what’s best for me during this time. Right before the World Cup (in Japan, in December 2019 ed.) I decided to opt out.”

As Behnke is one of a select few line players with outstanding skills on both ends of the court, how did club management and head coach, Ambros Martin, react to the news?

“Ambros as well as the club wanted to keep me, but they appreciated my decision and accepted it, totally.”

Considering the transfer announcements of Emily Boelk and Alicia Stolle (both Thueringer HC) to the same club, it begs the question if their move played a role in Behnke’s decision and if she knew about their intentions ahead of time?

“My decision was completely independent of theirs.  I had very good conversations with the club officials and I immediately felt great comfort.

“Once again, I get the opportunity to play in a very good team, while being closer to home. FTC offers the same professional set up and I am sure that I will be able to take the next step in my career there.

“I did know that Emmy and Alice where in talks (with FTC ed.) and, of course, we spoke about it and kept each other informed.”

Hungary’s “Nemzeti Bajnoksag I” (NB I) is one of the most competitive leagues in all of women’s handball.  Some of the pundits say it’s the best league – period.  Over the years, it certainly has attracted some of the world’s very best athletes – players like Stine Oftedal and Veronica Kristiansen (Norway), Brazil’s handball icon, “Duda” Amorim, or French star, Estelle Nze Minko, just to name a few of the many exceptional talents.  Julia Behnke will fit right in and looks ahead to a new challenge.

“The league in Hungary is very strong and it got even better over the past few years. On the international level (Hungarian ed.) teams have always played a significant role in the Champions League as well as in the EHF Cup.

“In Hungary they play a fast and tough handball and I am looking forward to it!”

FTC and the Champions League FINAL4

In recent years, FTC missed to take the final step in the DELO EHF Champions League and a number of players have left the club or are about to exit.  Instead the arch rival from Gyoer won the FINAL4 in Budapest, Europe’s premier club competition, on three consecutive occasions.  From the outside, FTC appear to aim for a new start of sorts, but Julia Behnke offers a different perspective.

“I would not call it a “new start”.  The nucleus of the team stays intact and there will be additions on select positions.

“Somewhat new is that more foreign players will join the squad, to provide a fresh impulse.  At the moment, the club is not so happy with the way the current season unfolds.  But, the situation is still OK, as of right now.

“You have to keep in mind that Siofok (at the moment the club ranks second in NB I ed.) improved their team significantly before this season.

“Going forward FTC wants to be an even stronger competitor in the domestic league as well as on the international level.”

Taking into account the current situation at FTC as well as the possibility of the club missing to qualify for the 2020/21 DELO EHF Champions League season, the transfer may be a step back in Behnke’s career, when compared to the prospects in Rostov-Don.  The German international has no second thoughts, whatsoever.

“Absolutely not – I do not see it as a step back. For me it’s the whole package that matters.

“It’s fantastic to play in one of the best teams in the world.  It’s instructive and interesting and I think I have further developed even in a short period of time.  But, in the end it’s not only the sporting perspective that counts.

“I don’t regret having joined Rostov for one second; it certainly  was the right step. Yet, it’s at the “far end of the world”.  Traveling is intense and it doesn’t matter if we play Superleague or Champions League. We frequently travel 9-12 days at a time, crossing several time zones and my body does feel the stress.

“In addition, I miss the proximity to home – especially when I have a weekend off, I am often tired because of the exhausting trips.  Usually, the free time remaining is not enough to fly (to Germany ed.) as a round trip would take 26 hours, at least.

“We’ll see if it will be Champions League or EHF Cup (with FTC ed.), next season.  The EHF Cup is not exactly an inferior competition, as the quality only got better in the past few years.  Yet, if that’s the case, we still have the chance to do better in the following season and fight for a spot in the Champions League.”

As the distance to home will be significantly shorter from Budapest, did the thought of a return to Germany’s HBF, cross Behnke’s mind?

“I didn’t want to return to the Bundesliga just yet.  I felt that the experience in a foreign country suits me very well. You’ll learn in so many areas – language, self-reliance, autonomy, culture – as well as a different kind of toughness.  For now, I want to continue the adventure abroad.”

Last weekend, Rostov-Don experienced their second loss in the main round of the 2019/20 DELO EHF Champions League season.  As in the first leg match, Metz HB enjoyed the better end and defeated the Russian champions on their home court.  Leaving the quarterfinal qualification of Metz aside, nothing is decided yet, in a very competitive Group 1.

“Yes – it’s very tight in our group and everything is possible. We can still reach 2nd place as we do have it in our own hands.  That’s the goal. Whatever happens between the other teams is of no concern to us, for now.  We have to do our own homework and then we’ll see.”

Although, Metz arrived in Rostov missing several key players, the French visitors left town with a much celebrated victory, an outcome not necessarily expected from the outset.

“All in all, we didn’t play a good game.  At times, we defended quite well, but then we had periods, when we received a number of “easy” goals.  In offense we often lacked patience and simple mistakes resulted in punishment and that always feels twice as hard.”

With two main rounds of Champions League handball still outstanding, which German internationals does Julia Behnke expect to see at the FINAL4, in Budapest, in May of this year?

“I hope it’ll be all three of us – Shenia Minevskaja (Brest ed.), Xenia Smits (Metz ed.) and I”, concludes Julia Behnke.