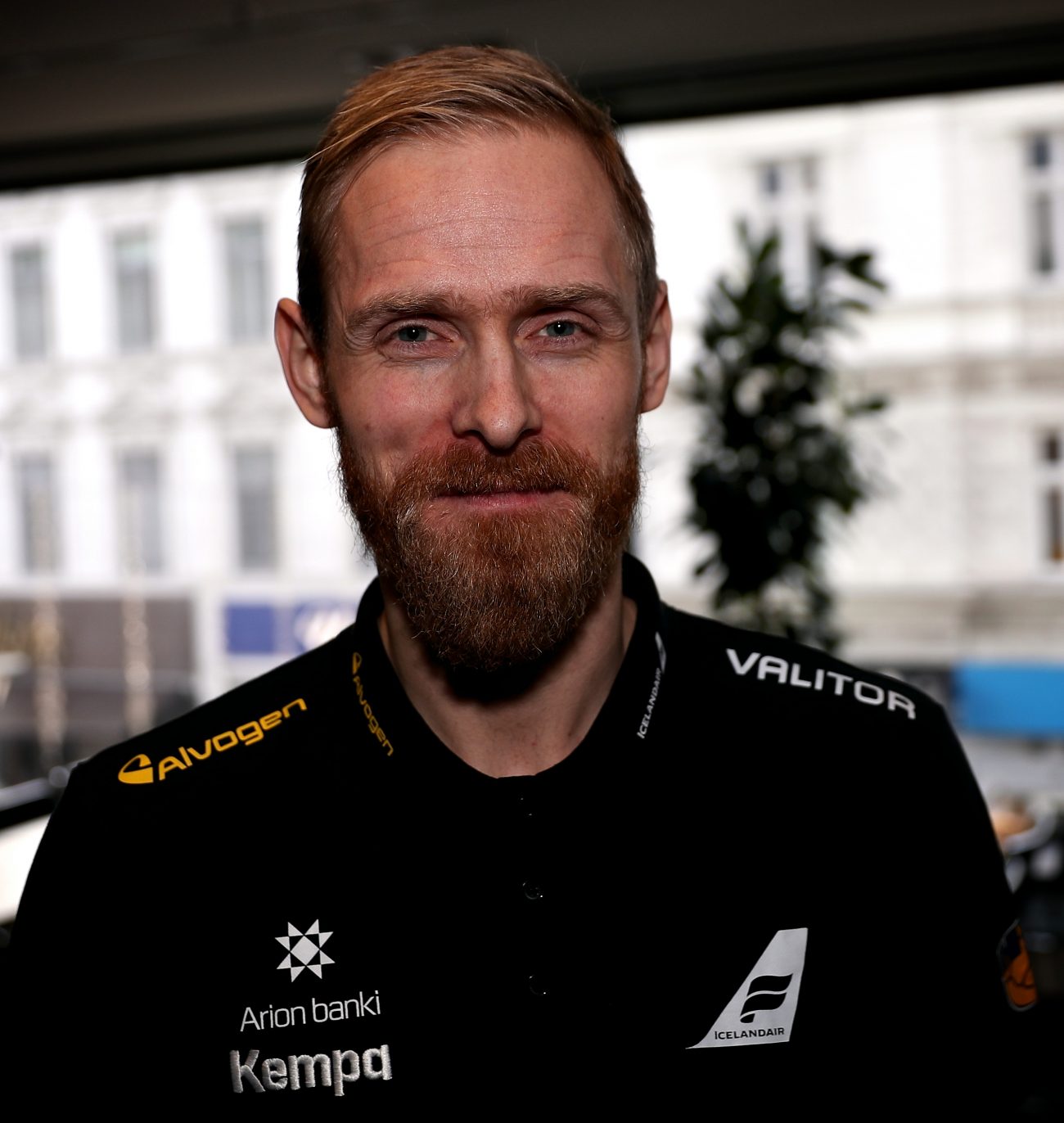 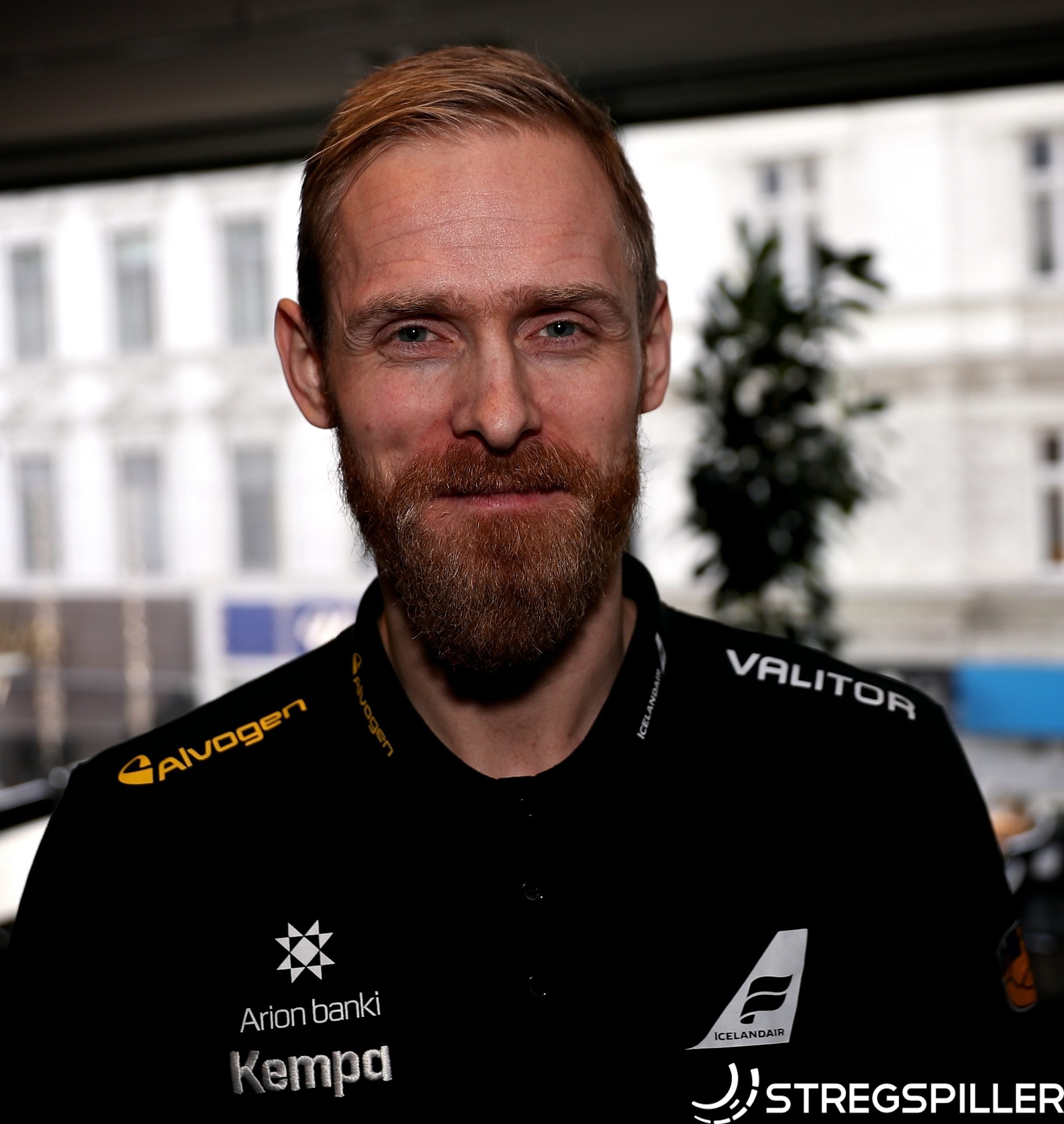 He may be 34, but Bjorgvin Pall Gustavsson remains one of those goalkeepers that can change the course of a game. He proved it, once again, against Portugal, when his saves helped his team gain a much needed victory. Now, that Iceland are back on track for the race towards the semifinals, he sat down to talk about his vision of the new Icelandic national handball team.

BG:  It’s good. We’ve had some ups, we’ve had some downs, but I’m happy we were able to react against Portugal, yesterday. They are one of the best teams. when playing seven-against-six, and that’s not an easy to defend. But, I’m really proud we managed to take this one and we’ll see what happens against Norway, tomorrow.

Gudjon said that after losing to Hungary and Slovenia some players were really outspoken and some were really quiet. In which camp were you?

BG:  I turn inwards – I know what I have to do. As a goalkeeper you’re a little bit different than the other players and you have to prepare a bit extra. There was not much time between the two games. Of course, experience helps as you know how to deal with yourself. In the warm-up yesterday, you could feel that the team was on the right track. We could feel energy and a will to perform.

Iceland played very good against Portugal, yet it looks like there is no guarantee that you’ll reach the same level tomorrow. Do you agree?

BG:  The problem – even though it’s not really a problem in modern handball – is that every team is so close. You could see that as the results in our group made no sense. There are so-called “small teams” anymore. It’s difficult to compete as every team is really well prepared.  Every nation has the feeling that they can beat the other. Ten goals wins are not common anymore.

Do Norway look like the favorite to win the tournament, by now?

BG:  I think, yes. They are a very good team, playing brilliant handball and they have all these fans behind them. But, that doesn’t mean that we’ve already lost the game. We’ll give everything we have and you never know what can happen in handball.

Is it hard for the new Icelandic handball generation to be compared to what your generation achieved?

BG:  I don’t think so. We helped them to believe that it is possible to reach top level. It’s always good to have history, that’s the story of Iceland’s people. There a lot of other sports emerging in the country, now, like football. I think history always helps us, no matter what. We’ve got a big age-span at the moment in the team, from 20 years-old to 40 and we all share our mutual experience. Just because you are 22 doesn’t mean you have nothing to bring to the table.

We’ve been talking for a long time about the changing of the guards in Iceland. Is now the right time?

BG:  The players have to show that they’re ready, no matter if they’re 15, 20 or 40. If you’re good on the court, you’re ready to deliver for the national team. We’ve a big advantage in Iceland, as there are a lot of good players. So, the coach can pick the best very ones. Before, the same players were playing fifty or sixty minutes a game. Now, there is much more choice. If you looked at the team before the tournament, every player had a role in his club. And that’s a positive, that’s where it all begins. If you’re good in your club, there’s a bigger chances that you can help Iceland on the international level.

What kind of advice do you give the youngsters as you are one of the most experienced players?

BG:  It’s very hard to say. Take the two goalkeepers, for example  – we have almost twenty years between us. To me, it’s an awesome combination. I give him tips based on my experience, he brings positive influence, my goalkeeping partner is just full of happiness. He’s really enjoying the game and takes it as it comes, while I might be over-thinking it.  He helps me not to do it.

Throughout your career, you’ve played many tournament. Is the excitement gone?

BG:  The last one was very hard for me, as I was not in a good place, mentally. But, this particular EURO, I’m enjoying very much. It depends on how I feel in the moment. Right now, I’ve never felt so good mentally.  So, hopefully another one will follow as well.

Gudjon is still playing at age 40 and you aim to play for ten more years.  Where do you take the energy from?

BG:  The first handball players in Iceland were fishermen and I remember watching the tournament on TV, when I was younger. As it’s dark 24 hours in January, handball gives Iceland hope and power.  I’m happy I can help the people.