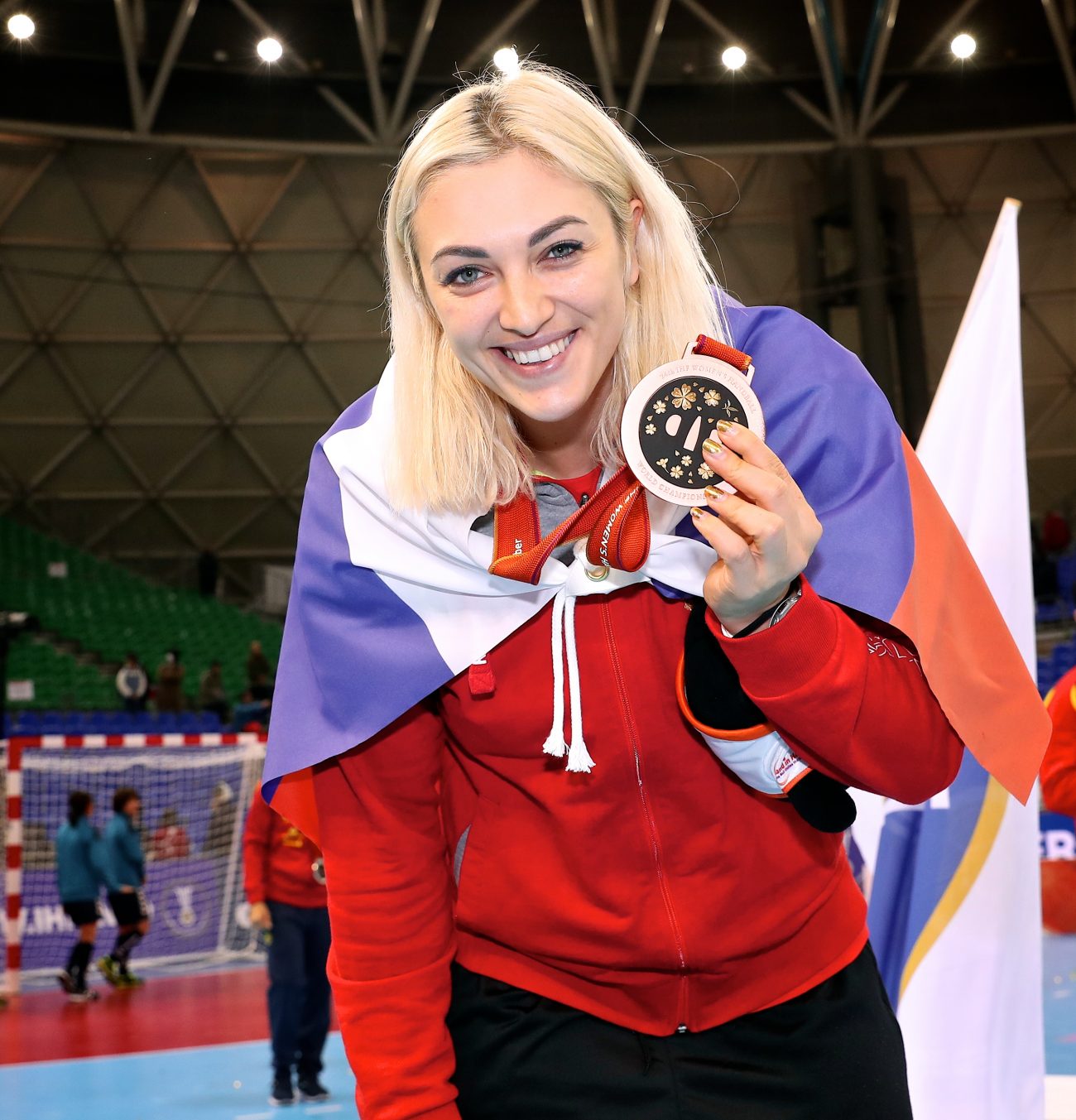 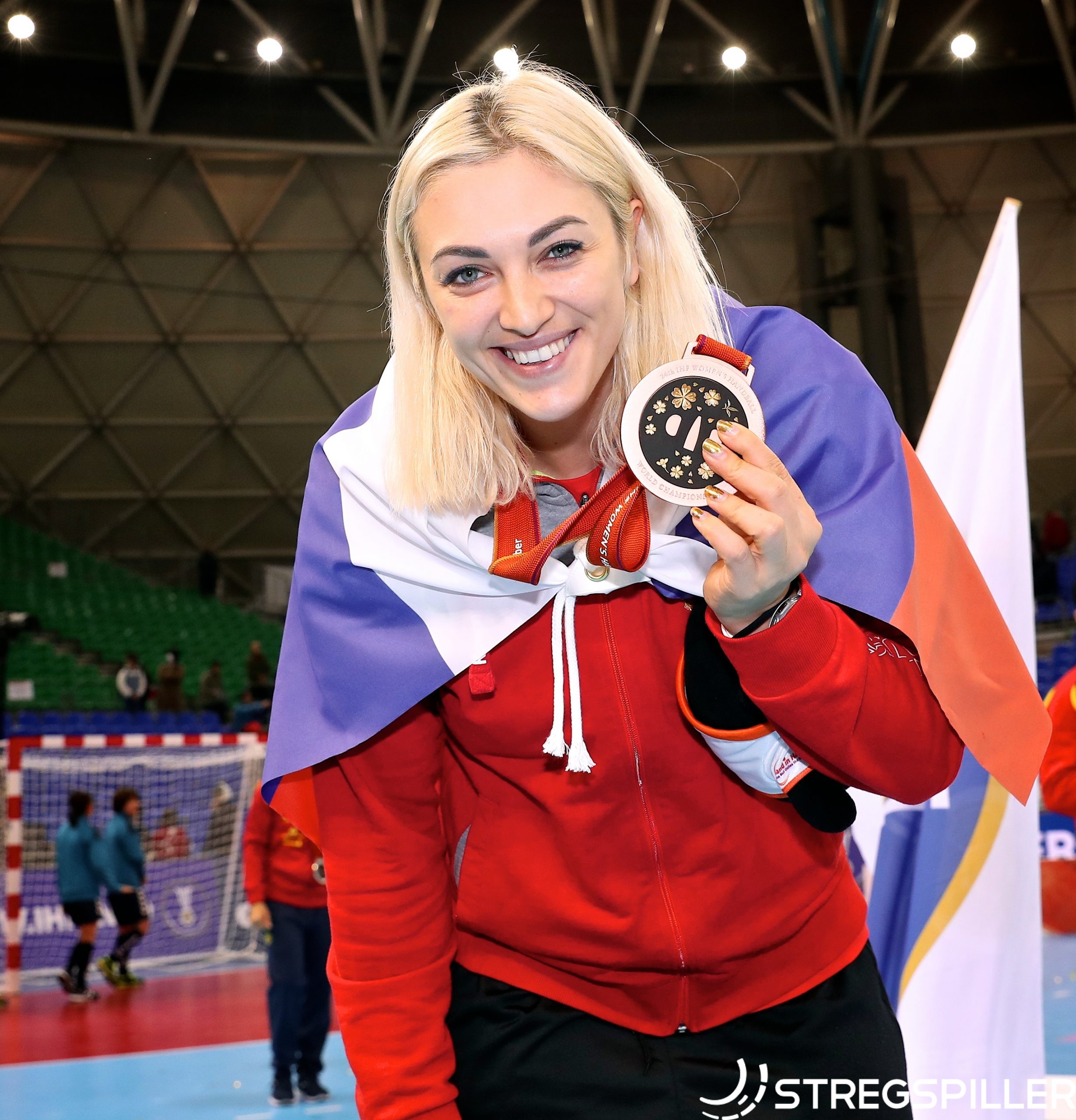 “In this group I am only afraid of France!”

It’s not only Covid-19 that has plagued the Women’s EHF EURO 2020.  Many of the best athletes in handball have missed this championship in Denmark.  Anna Sen, the Russian Olympic champion, is just one of the prominent names who watch the event form the sidelines. .Allison Pineau (France), Alicia Stolle (Germany), Dragana Cvijic (Serbia) and Anna Vyakhireva (Russia) are some of the other players dearly missed.

After her tendon injury, Anna is currently in rehabilitation in Germany.  stregspiller.com caught up with her prior to the clash between France and Russia in Group 1 of the main round at the EHF EURO 2020.

Both teams have yet to surrender points and the match will become a battle between two of the most astute proponents of playing proper defense – Olivier Krumbholz (Head Coach France) and Ambros Martin (Head Coach Russia).

How does Anna Sen rate the performance of Team Russia, thus far in the competition?

“So far, I see a performance that’s quite good, although I acknowledge how hard it is for the girls, without Anna Vyakhireva and myself.  Still, the girls are in a good mood.”
When asked who stands out in Team Russia, Anna Sen recalls the old adage that there is no “I” in “Team”.
“I can’t help it.  We are still a team including Olympic champions – one player will never win a game.”
In Group 1 of the main round at EURO 2020, the squad of head coach, Ambros Martin, will face two critical matches, against France and Denmark, which will determine the fate of Sen’s teammates.
“In general, I think this group is better for us rather than facing the bracket including Norway, for example.  In this group, I am only afraid of France – they are really strong , right now.  But, the girls should win against Denmark and Montenegro.”
Aside from the challenges Russia will soon face on the court, Anna Sen confirms that life in the “Bubble” (all teams have to isolate in their respective hotels in between games and are not allowed to venture out on their own) is problematic, as she hears from her teammates.
“Yes – I communicate with the girls regularly.  This is a very difficult situation, to be honest.  I don’t know, how they cope with all of it mentally.
When asked about her general impression of the EHF EURO 2020, Anna Sen refers to the obvious.
“Unfortunately, it’s hard for me to say something about the championship.  I only watch it on TV and talk with the team.  One thing for sure – there are not enough people watching the games in the arenas.”
At this moment, Anna stays in Germany, where she treats her foot injury, but she expects to return to the pitch fairly soon.
“I have been receiving treatments for my tendon injury for about 6 weeks, now.  I am already without a cast and I hope I will be ready to play for my club, in January.  And, in the future for the national team.