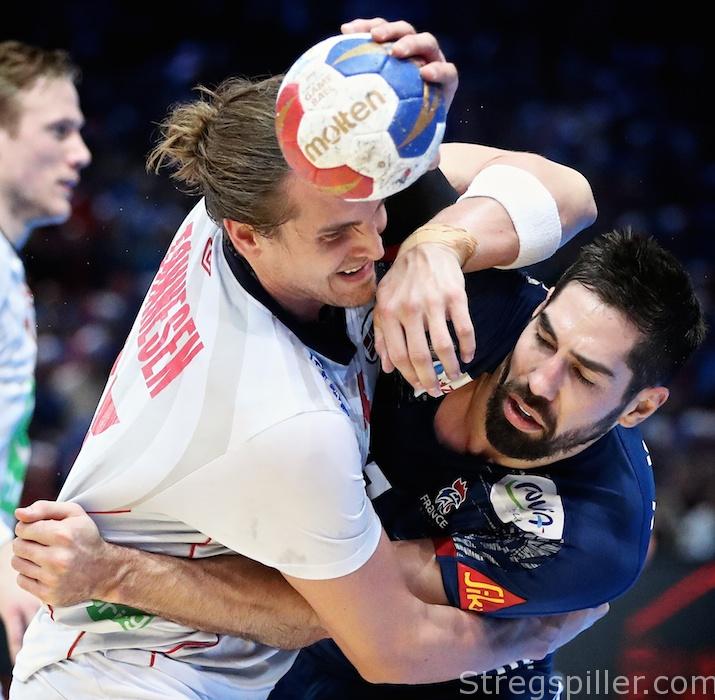 “Individually, we have high expectations”

Nikola, the updates about your brother’s ankle must be quite reassuring…

NK:  It’s 11AM and I haven’t even seen him yet, so you seem to know a lot more than me (laughs).  We’ll have to see how things evolve, but a sprained ankle without any damage to the ligaments seems like something he can deal with. It could have been worse, I guess.

France has been going through a lot of changes lately, do you still think you’re the favorite at the upcoming EURO?

NK:  Maybe we’re not THE favorite as we may have been in the past or before last year’s world championship. That’s for sure. The EHF EURO 2018 is going to be very open, a lot of teams can hope for the title. We are one of them, if nobody’s injured and if we don’t suffer any more trouble.  There is hope for a medal, even though there are more players on the roster that haven’t played in international competitions yet. But every time key players stopped their international career we’ve been able to bounce back and I’m sure we will do so again.  This team has plenty of talent, and players who want to prove how good they are.

Not making it to the semi-final…would that be a disappointment?

NK:  We don’t want to think too far ahead and what’s going to happen. Certainly, we have less pressure than last year – for sure. But individually and as a team we still have high expectations; we want to play well. We know we have the potential to collect a medal and we want to prove it.  Let’s see how it goes but the motivation is here.

Do you specifically want to take back the title you lost in 2016 ?

NK:  That’s not important.  Everything that’s behind us, victories or defeats, is forgotten.  In sport, it all changes very quickly and we’re not motivated by the past.

France won two of their three games in preparation for EURO’18, how do you feel about the team?

NK:  A lot of positive things have come out of it.  The potential is impressive, both collectively and individually.  We have a lot of strength but it means nothing if we’re not able to show it during the competition.  But the preparation games have provided a good perspective.

How important will be the first game against Norway?

NK:  It will be crucial – coaches keep on saying it since the beginning of our preparation.  The main goal is the game against Norway on the 12th.  We know that we could suffer from an initial defeat in the whole tournament, especially as we keep the points that we won in the first phase.

Does the recent loss against Denmark serve as a warning sign?

NK:  We’re always alert and focused; we always respect our opponents and the teams we play against.  And we don’t think we’re better than anyone else just because we’re France, otherwise we would’t have achieved all the things in the past. We know we can beat everybody but also lose against anybody.

Who do you think will be your main opponents?

NK:  All of them. When you look at the most recent results in the friendly games, and when you see the last world championship, you can’t say that one team or another is the main threat.  Many teams have gotten closer to us now, and there’s not a big gap anymore.

In Croatia, you’ll have many supporters but face some hostile spectators as well …

NK:  Sometimes they are one and the same.  When I play handball they’re against me but as soon as I am off the court, they ask for pictures and autographs (laughs).  But I know how it works now – I love them – all of them.

What’s your special link to the country?

NK:  These are my origins, I was born in Yougoslavia, with my dad a Croat and my mum from Serbia. I’ve a house in Croatia and I go back there every summer, as a part of my family still lives there.  One part of me is from Serbia and Croatia, these are my roots and I like it a lot. But I’m French as well, I play for France and I’m very proud and happy about that.