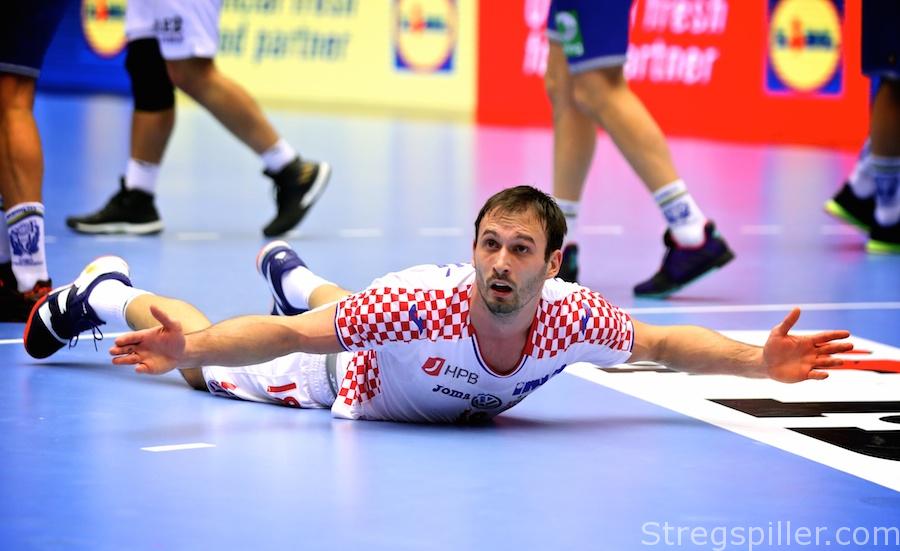 COLUMN – We just witnessed another Men’s World Championship; all in all a tournament – leaving the exceptional organization in both countries aside – slightly above average, with the Danish co-hosts taking first place for the very first time. They did so in convincing style, winning all of their 10 matches while playing some breathtaking handball, especially in their semi-final and final matches.

But did we see anything that we haven’t witnessed before in Germany and Denmark this past January?

The roar from the arenas in Denmark and Germany is gone and players have returned to their clubs. The 26th Men´s Handball World Championship is history. But what’s its legacy?

In my opinion, we saw a tournament at a level that was somewhat above average but included several thrilling games.

Above all – and not only to a Dane – spectators saw an outstanding Danish performance, which led to the nation’s first World Championship triumph.

Ten victories in as many games, the closest win came with a three goal margin, dominating the reigning champion (France) in the semi-final and defeating Norway (31:22) in a historic final – it’s hard to argue against it.

The Danes thrilled us all, but did they show us something completely new? Something we’ve never seen before?

No, they did not.

Niklas Landin & Co. did what they are good at and they executed it brilliantly – a powerful and flexible 6-0 defense formation, every now and then changing to a 5-1 set-up, in front of two fantastic goalkeepers.  Add to it an efficient fast break, a dynamic offense and several world-class performances of Niklas Landin, Mikkel Hansen and Rasmus Lauge.

But, that was it. No team at the 2019 World Championship added anything new – revolutionary – to the game of handball.

Nothing new since the fast-mid

In fact, no team and no coach has added anything new to the game for a long time.

Actually, the latest innovative element – the fast-mid – dates back many, many years.  I can hear the critics already: “Did you forget about 7-against-6?”

Sadly, I haven’t. What I consider a step in the wrong direction in the development of handball is hard to blend out or overlook, as it is used over and over again, no matter how vehemently the new rule is criticized by most coaches.

And, yes, it’s correct that playing 7-against-6, the way it’s done today, is a new element and has changed the character of the game since it’s introduction a few years ago.

However, this was a change of rules that originated at handball’s governing body (IHF). It was not invented by a coach and that’s exactly my point: No team or coach seem to innovate the game of handball anymore.

Some may argue that teams have been too busy adjusting to this new rule, in attack as well as in defense, to come up with new elements themselves.

Except for Croatia who have tried some variations, teams execute the scheme the same way: in offense three back court players, two line players and two wings who stay “glued” to their corner positions in order to stretch the defense formation as much as possible.

At this point, teams and coaches alike had more than two and a half years to interpret the rule and one might have expected a bit more creativity.

It’s striking how uninventive coaches are, especially when leaving the new rule aside.

Nothing new in defense

Aside from getting acquainted with playing 7-against-6, where are the teams that have demonstrated progress in the classic 6-against-6 formation while defending?

After all handball games are won in defense. But, nothing new on this front as well. Most teams defend in a traditional 6-0 formation while only some coaches dare to apply 5-1 consistently.  Former ingenious schemes such as 4-2 or 3-2-1 have largely disappeared and some of the pundits argue that the 7-against-6 rule has killed innovation all together as coaches quickly resort to the extra man as soon as confronted with a more innovative defense concept.

Some years ago, the Czech national team revived the old 4-2 defense set-up, even adding a variation called 4+2 that focused on isolating the opposition on one side of the court. Soon the idea was abandoned and never copied or fine tuned until France used it all of a sudden in the second half of the World Championship semi-final against Denmark, when head coach, Didier Dinart, tried everything he could think of to stop his team´s free fall.

Are line players the new line-backers?

One phenomenon in modern handball – yet it can’t be called innovation – is the way many teams make use of their line players.

Of course, pivots are crucial when executing 7-against-6 plays, but it’s surprising to see that line players are not utilized more creatively, on the men’s side anyway.

Denmark, Norway, Hungary, Macedonia and some non-European countries appear to deviate from the “norm”.  Yet, most teams only use their line players to set screens for their back court shooters and only squads that enjoy the exceptional talent of a playmaker such as Andy Schmidt can leverage the line player position further.  The philosophy behind all of it?  Line players just have to be big and strong, but not necessarily fast or technically skilled.

Such trends exclude line players from running fast breaks, even though they are on the pitch most of the time, as they defend as well.

“Never hand the ball to a line play during fast break,” as the old adage goes, yet these days the saying reflects reality.

Denmark’s Jesper Nøddesbo was one of the rare exceptions, as he could run the counter attack.  Today, such type of player is difficult to spot and the days when line players scored 10-12 goals are long gone.

Some of the readers may attribute above words to a grumpy old man who has fallen out of love with handball or became bored of it – nothing could be further from the truth.

I am still enamored with handball – I like the pace, the intensity, the tension and the drama that are the hallmarks of most games on all levels – and I still find it to be the most thrilling and entertaining sport on earth.

I just would like to see some ingenuity from within – the development of creative elements that do not originate at the rule-making bodies as in so many other sports.  They rarely led to improvements in the long run and more often achieved the opposite.

And, I would love to see 7-against-6 abandoned once and for all – let coaches and players drive innovation in the sport we love.