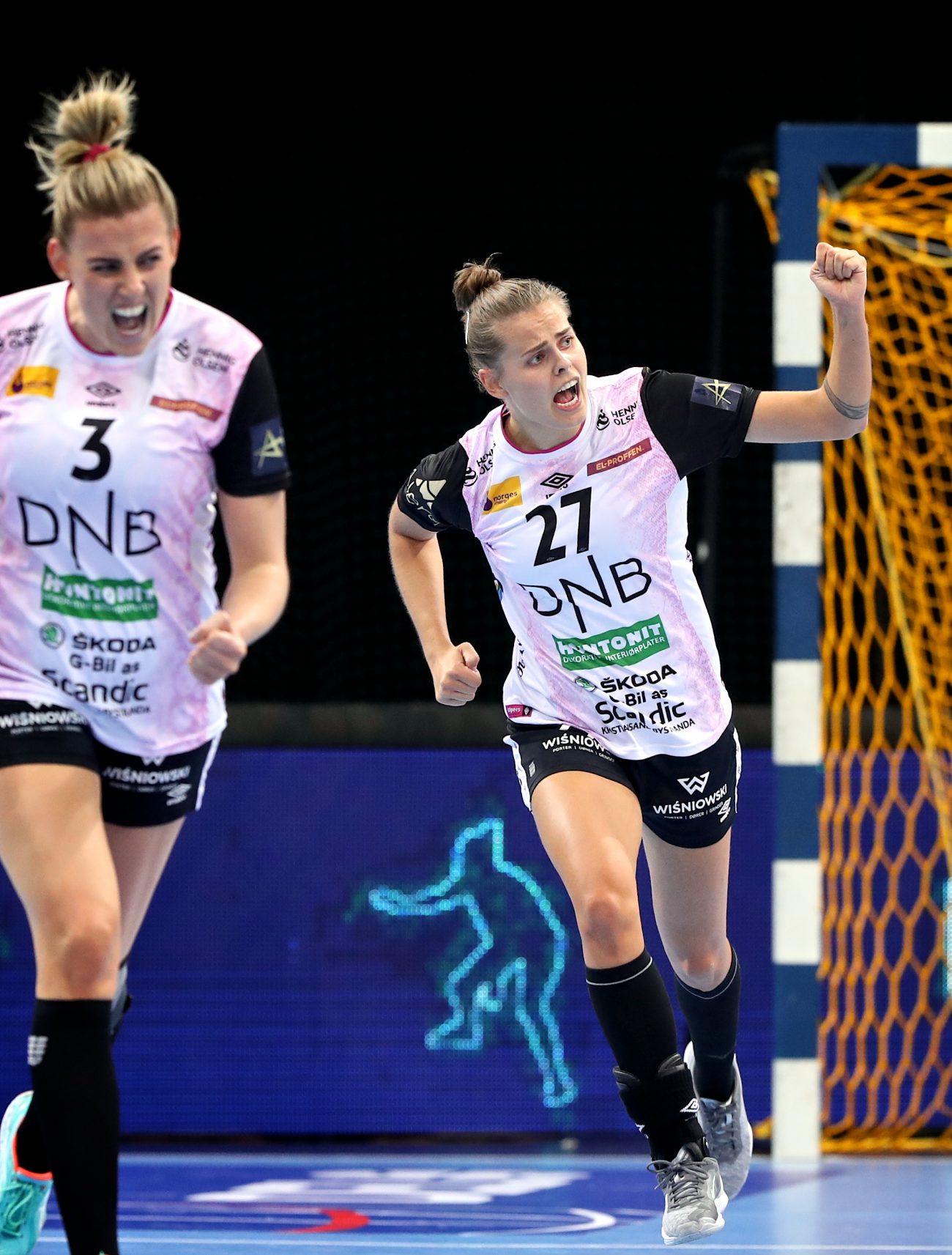 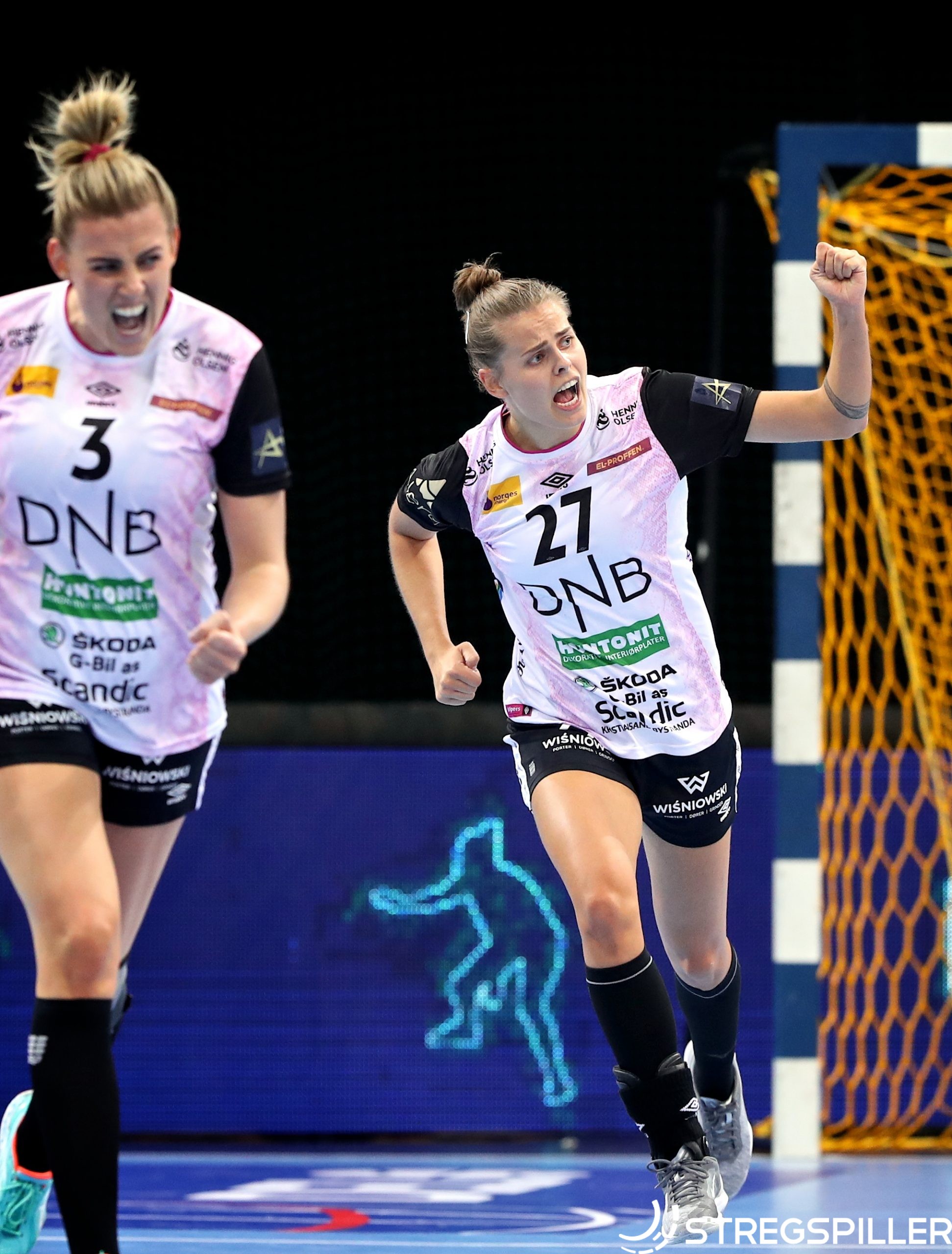 Already Round 4 in the 2020/21 DELO EHF Champions League season, but for Vipers Kristiansand it was their first match on home court after the Covid-19 related suspension of the game against FTC Rail Cargo (Hungary).

Both teams were missing key players. Heidi Loke has been treating another broken nose injury, while CSM Bucuresti arrived without their star player, Christina Neagu, who is quarantining because of the Covid-19 virus.

Karoline Olsen, Malin Aune (both Vipers) and Denisa Valcan (CSM) were the other players, sidelined with injuries.

30:25 read the scoreboard after 60 minutes of fast paced handball.  Following a nervous start, Kristiansand soon took control of the game, while CSM was unable to challenge the dominance of the Norwegian champion throughout the match.

After trading turnovers, Vipers jumped to an early two-goal lead (10th minute) courtesy of a couple of powerful shots of left-back, Emilie Hegh Arntzen, who continued to score almost at will throughout the first half.

In contrast, CSM was lacking structure on the offensive end without Christina Neagu.  Too often, Omoregie & Co. operated to close to a very mobile Vipers 6:0 defense, turning over the ball frequently or were forced into ill-advised shots.

Only Barbara Lazovic (left-back) and Crina Pintea (pivot) kept the team of head coach Adrian Vasile in the game, while his instruction “to stay more compact against Henny Reistad” were not  followed-though on the pitch.

Consequently, Kristiansand were leading by two goals before the squads changed sides.

Katrine Lunde (Vipers) remained in goal, while Jelena Grubisic replaced Denisa Dedu (4 saves / 22%)  on the other side.

CSM’s change of goalkeepers would not make a difference as it turned out. By minute 41, Kristiansand had extended their lead to six goals (21:15) and were on the verge of delivering the knock-out punch.

A well-placed timeout of Adrian Vasile (CSM) interrupted Vipers’ flow and all of a sudden the team had lost their focus. Instead, Lazovic and CSM’s right-wing, Carmen Martin, were able to cut the score to three (25:22 – 50th minute), before successive goals of Kristiansand’s two wing players, (J. Knedlikova and V. Jonassen), re-established a more comfortable five goal margin in favor of the host.

Kristiansand played much like a team as CSM seemed to be “looking” for the player (Neagu), who was not on the field.  The individual class of Elizabeth Omoregie could not compensate for the missing piece in CSM’s offense.

If it hadn’t been for the excellent effort of Barbara Lazovic and Crina Pintea, the Romanian champion could have endured a “long evening” at Aquarama arena.

Hanna Yttereng (scoring 5/5)  fully deserved the award at the end of the match. Her outstanding performance on both ends of the court made the absence of Heidi Loke barely noticeable.

Hanna Yttereng: ” Heidi Loke will be out for five weeks – June (Andenaes ed.) and I have to step up and today we did.”

Barbara Lazovic: “We knew it will be hard.  Our defense was not at a high level as the result shows. We have to adjust without Neagu and go on to the next game.”

Undefeated group leader, Vipers Kristiansand, will cross the Skagerrak strait to face Danish champion, Team Esbjerg, while CSM will (hopefully) host FTC Rail Cargo.  So far, the Hungarian team has played only one game in the 2020/21 DELO EHF Champions League as the team of head coach, Gabor Elek, has been impacted by the Corona virus on previous occasions.