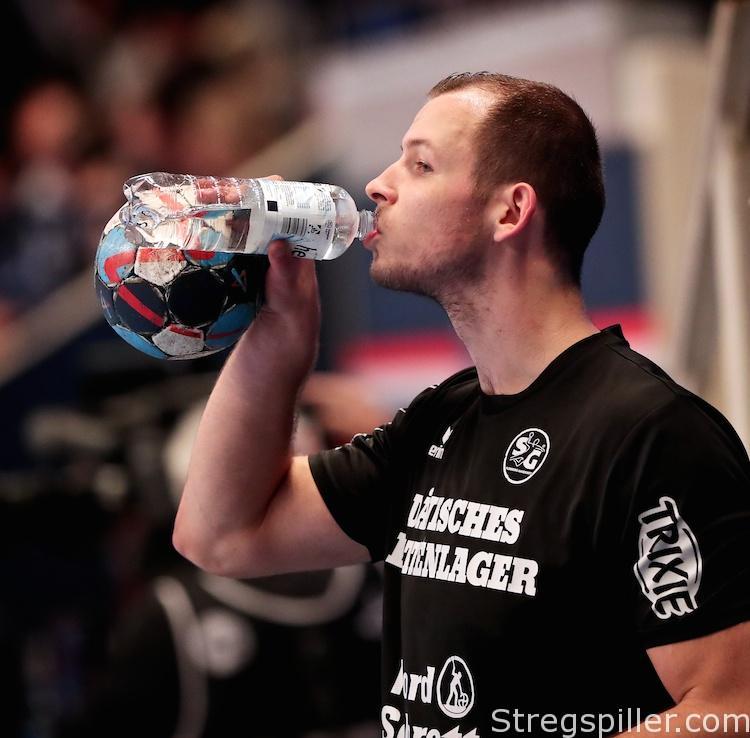 stregspiller.com –  MATCH OF THE WEEK

PREVIEW – It may well be the first time that Paris Saint-Germain Handball stands a decent chance to drop points in the 2018/19 Champions League season, when they visit  SG Flensburg-Handewitt, in Group B, on Wednesday evening.

The team was already struggling in their home game against Flensburg, last Saturday, as PSG was teetering on the edge of defeat before landing a narrow, 29:28, win in the end.

Paris Saint-Germain will be facing SG Flensburg-Handewitt for a second time in just five days.  The big question: Can PSG maintain maximum points in what looks like a very difficult trip to the north of Germany?

PSG did succeed in the first meeting (29:28) courtesy of a last second goal of left-wing, Uwe Gensheimer, but before the dramatic ending Flensburg were leading by four goals several times, and the home team had to work hard to get back into the game.  Only after a diminished crew from Flensburg had to pay tribute to the pace of the game, were PSG able to put on the finishing touches.

The match will be the 10th meeting between the two clubs in Champions League history.  So far, PSG have won six times, compared to three Flensburg victories and one draw.

In Paris, Flensburg were missing Swedish defender, Tobias Karlsson, Norwegian right-back, Magnus Röd , right-wing Marius Steinhauser and playmaker, Jim Gottfridsson.  Only Steinhauser will return for sure, and of the other three, coach Machulla hopes for the support of at least one of them in the match against the French champion.

On the other side, PSG will be without Spanish goalkeeper, Rodrigo Corrales, who twisted his ankle in the game on Saturday, while playmaker Nikola Karabatic is still sidelined for the foreseeable future after his foot surgery.

Thus far, PSG is the only team that won all of their seven group matches in the Champions League , while Flensburg have improved lately after a shaky period including losses against a couple of teams from the lower ranks of the league.

Despite the recent defeat in Paris, Flensburg showed brilliant form in that game and (at least) one point would have been deserved.

In their respective domestic leagues, both clubs have yet to lose a match.  While PSG´s six wins and one draw came as expected, Flensburg´s Bundesliga campaign thus far is a true success story.

Despite the many changes in the squad before this season, Flensburg did succeed in all twelve of their Bundesliga games this season.

Missing Rodrigo Corrales will inevitably be a huge handicap for PSG.

The Spanish international  twisted his ankle in the game on Saturday, as he was trying to fetch the ball out of his net – he will not be fit.

PSG have a couple of young and talented goalkeepers, but in a match like this one, there is no doubt that 42-year-old Thierry Omeyer will have to play for 60 minutes.

Just a year or two ago, “Titi” would have been able to outshine the two Flensburg keepers, but not these days.  Buric and Bergerud complement each other extremely well.   Especially, Buric is on top of his game, ranking as the number one goalkeeper in the Bundesliga with the highest percentage of saves.

It is beyond any doubt, that on his best day, Svan competes with the likes of Abalo as well as Kounkoud.

However, the two Frenchmen will have the advantage of getting a break every now and then, while Svan – in all likelihood – will spend his time on the pitch during the entire game.

Despite his splendid form, veteran Holger Glandorf will have trouble keeping up the steam for 60 minutes, if he has to cover the position all by himself.  In Paris, Rasmus Lauge provided some relief and he may have to do just that to keep Glandorf going.

Remili will spend most of his time on the pitch as well, but he can expect an occasional appearance of Luka Stepancic to get some rest.

In the previous game, Johannessen began as playmaker and stayed on court for quite some time, delivering five goals of his own.  A very strong performance of the Norwegian, considering that he missed the early part of the season due to injury.

But, if Flensburg’s coach, Maik Machulla, wants to win the match on Wednesday, he will need Lauge involved early on and Johannessen in the back-up role.

In Karabatic´s absence, Sander Sagosen will run the show in the French backcourt once again.  As most recent games have shown, he is fully capable of producing the desired results, even when spending considerable amounts of time playing defense.

In the meeting between two of the possibly best playmakers in the world, right now, Sagosen has the upper hand.

According to coach Machulla, Gottfridsson is fit to play but does he want to take the risk?

In any event, the duo of Hansen and du Rietz is top notch and should outperform their opponent whoever he may be.

We only mention Keita to make clear that PSG actually do have two left wings on their roster.

But, Gensheimer practically takes up all the court time and he will probably be even more motivated when performing on home soil.

Wanne sat out most of the game in Paris, while Magnus Jøndal did the heavy lifting.  This should change in the game on Wednesday.  Still…

Even though Flensburg have no less than three options on the line, PSG still enjoy the benefits of world-class players such as Henrik Toft Hansen and Luka Karabatic.  No doubt – for Toft Hansen it will be a special evening when he returns to his former home ground.

At first, you may say that Gonzalez has the edge as his achievements with Vardar Skopje, in particular, speak for themselves.

But, so do Machulla´s results.  Winning the German championship in his maiden season as head coach and sitting on maximum points after 12 rounds of handball in the strongest league in the world, with a drastically changed squad easily makes this an even match up.

Unlike in the domestic league, FLENS Arena does not always feature a capacity crowd in the Champions League.

However, a match like the upcoming one may be the exception and with 6,300 spectators supporting the home team, Flensburg will be a very tough opponent to beat.

A packed arena could well make the difference, tipping the match in Flensburg´s favor.