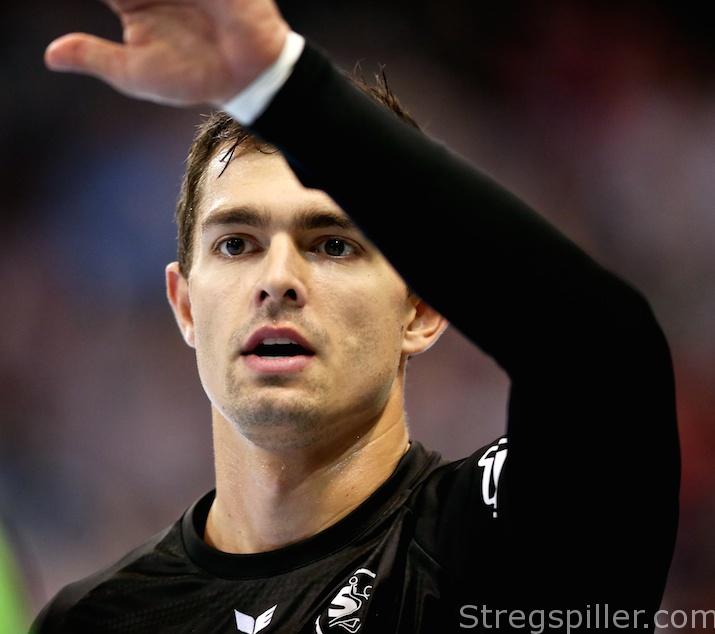 “It can hardly get any better”

INTERVIEW – Rasmus Lauge speaks to stregspiller.com about the upcoming World Championship on home ground, about his amazing fall season in Flensburg and what’s next in Veszprém.

“It’ll be awesome and extremely big! I am so much looking forward to it.”

Rasmus Lauge is no in doubt what a World Championship, on home soil,  means to him.

“It can hardly get any better! I am prepared to sacrifice a lot just to be part of it,” the 27-year-old playmaker of the Danish national team tells stregspiller.com.

The last time Denmark hosted a major tournament – the European championship in 2014 – he was a reserve player, having recovered from injury right before the tournament.  But, former national coach, Ulrik Wilbek, never provided court time for Rasmus Lauge.

Today, he doesn’t hide the fact that the action he missed on that occasion makes this World Championship even more special.

“Not everyone gets the chance to play in a big competition in their own country. There have been only three major championships in Denmark, thus far.  Getting the opportunity to be part of such an event obviously is something you enjoy even more,” he says.

Denmark have been European champions twice and they succeeded in the 2016 Olympics, but the team hasn’t won the World Cup, yet.

Naturally, Lauge hopes that the 2019 IHF World Cup will be the tournament, where Denmark will take the only title they have been missing.

“I think you can ask anyone in the team and you’ll get the same answer. We are all keen to be the team that lifts the cup in the end,” says the versatile backcourt player who is convinced that his team is ready for the task.

“Everything looks fine considering the circumstances. At the moment, Henrik Toft Hansen is injured and Hans Lindberg has a minor calf problem, but it should not threaten his participation in the tournament.

“Missing Henrik at the beginning of the competition will be a handicap, but we have demonstrated that we can cope without him – we have been successful integrating new players and assigning new roles.

“For instance, players like Anders Zachariassen and Simon Hald will have more important roles than initially intended.  In training and in our first test match (33:19 against Hungary, ed.) they have proven themselves that they are ready for the challenge.

“Right now, we have a very deep squad and we should be happy about it, even though we are well aware that there are still details we want to adjust,” he summarizes the current state of team.

Semi-final is the goal, but…

Back in June 2018, at the World Cup draw in Copenhagen’s City Hall, “Lady Fortune” was kind to the host.

Denmark ended up in what most of the pundits consider the easiest group in the tournament. During the preliminary round, only Norway will pose a real challenge, while Chile, Saudi Arabia and Tunisia won’t be problem for Mikkel Hansen & Co. – not even on a bad day.

Taking a look at Group D, including the top teams that Denmark will face in the main round, it’s difficult to identify any real threats either.  Sweden, Hungary and Qatar look like they’ll be Denmark´s opponents down the road.

“We have to be honest and admit that we are in the easiest group, at least that’s how it looks on paper.

“However, that doesn’t mean that we can take things lightly – not at all. We have seen before that an apparently “easy” program in the opening round has often resulted in poorer performances compared to a tougher schedule, down the road.

“Therefore, we have to accept the role of favorite and move on from our group with maximum points.

“On the other hand, a less competitive group will provide us with the opportunity to allow sufficient court time for all players in the first three matches, and then we’ll have to see how things go against potentially stronger teams like Austria and Norway”, concludes Rasmus Lauge.

The Danes have never down-played their objective, aiming for the semi-final, first and then go for a medal.

Still, Lauge does not want to talk about a possible semi-final in Hamburg, yet.

“Should we not wait with this discussion until we get there?

“Once we are there, I am happy to answer your questions, but right now, I am only looking forward to play in front of a Danish crowd in the preliminary- and main round – first in a packed Royal Arena and then in Herning’s sold out Boxen.

“I just hope spectators will let go of their inhibitions and stop thinking what their neighbor next to them may think, when they shout and yell.

“We need the support and we know how to reward it,” says Rasmus Lauge.

Lauge joined Denmark’s training camp following a sensational fall season in Flensburg.  Despite the ongoing rebuilding effort, the German champion has yet to lose a game in the 2018/19 Bundesliga season.

“Of course, the Bundesliga success has bolstered my self-confidence and I definitely feel the benefit and the impact it can have when playing for the national team at the World Cup.  I am sure Denmark’s other Flensburg players feel it as well,” says Rasmus Lauge who admits that he’s surprised by Flensburg´s success thus far in the season.

“We are especially surprised how fast we’ve managed to form a unit, considering how many new players we have to integrate.

“It wasn’t until after the first two months, that we began to realize exactly how good our opportunity actually was, while winning most of the games. As a result we have yet to lose a Bundesliga match, but we also know that we are the top team that had the easiest program, so far.

“We are aware that we are in for some really tough matches after the championship.

“Obviously, we’ll try to extent our winning streak as long as possible, but we know that the other teams study our strengths and all of them will be keen to beat us.

“Kiel in particular will be a tough contender – they look really strong. They are waiting for us to stumble, and looking at the schedule for the rest of the season, they are probably the real favorite for the title, considering that we’ll have to visit all the big clubs after the break.

No regrets about leaving

No matter how the season will turn out for Lauge, Flensburg will be history as he will leave the club in the summer.  Lauge will be joining Veszprém and his national teammate, René Toft Hansen, for the 2019/20 season.

Just like for Toft Hansen, his decision is an investment in his future as a professional handball player. He hopes to prolong his career, while joining a league with a considerably lighter work load compared to the demands of the Bundesliga, the toughest league in the world in all kinds of aspects.

Yet, things have changed in Hungary’s handball powerhouse after Rasmus Lauge put his signature on the contract.

At the time, his former coach in Flensburg, Ljubomir Vranjes was supposed to lead Veszprém to a brighter future, and the Swede wanted Lauge to help in the effort.

Meanwhile, Vranjes was let go and Spanish, David Davis, took over the team in the fall of last year.  A change of events that doesn’t bother Rasmus Lauge a bit.

“This means nothing for what I am looking forward to.  The only changes, I expect are David Davis´ thoughts with regards to practice schedules, training programs etc.

“During my career, I have had many different coaches and I have been able to make things work in most places, so I am optimistic to make it happen in Veszprém as well.  Honestly, I am not giving it much thought, right now.

“I don’t see why David would not want to use me, just because he wasn’t the one who picked me initially?

“If I continue to play at my current level, I cannot see why it would work against me.

“However, that’s the future. First, I dream of saying “good-bye” to Flensburg with another German championship.

“Of course, it will take a lot of hard work – right now, let’s start with going for a first title at the World Championship,” says Rasmus Lauge.