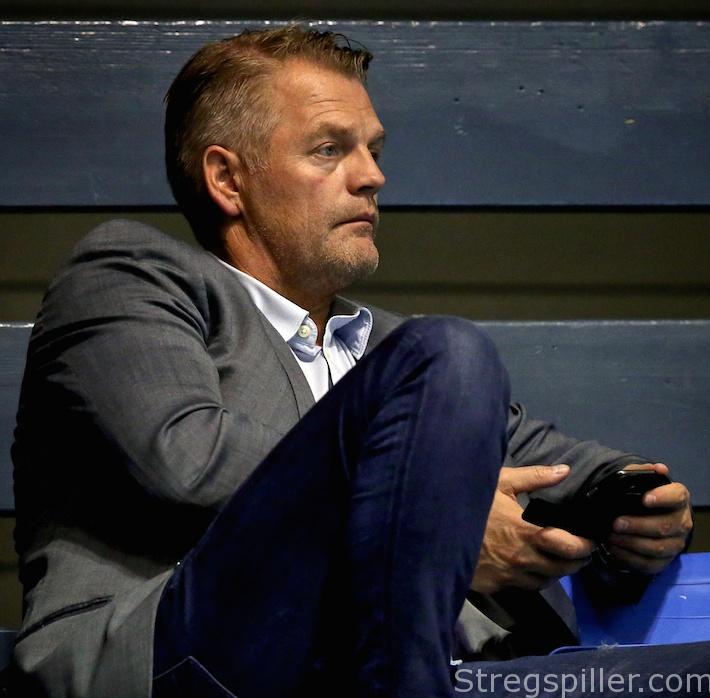 ”It does not end here”

INTERVIEW – Bent Dahl, the current assistant and future head coach of Siófok KC Hungary, is unwilling to accept the decision from the Hungarian Handball Federation to cancel all results of the 2019/20 season, effectively eliminating Siófok from a possible Champions League berth.

“We’ll have to see what can be done about this situation,” he says in this exclusive interview with stregspiller.com.

Many handball federations have already given up on finishing their national leagues this season due to the Covid-19 shut-down.

Some of them have elected to not crown a national champion this year at all, while others have awarded the current league leaders the 2019/20 championships.

But, no other federation has taken such controversial measures as the Hungarian Handball Federation.

MKSZ decided to cancel the entire 2019/20 season. Instead the final league tables of the 2018/19 season will determine which clubs will participate in the international competitions in 2020/21.

On the men’s side, the ruling won’t have as much of an impact, at least not when it comes to the selection of Champions League candidates.

At first glance, Pick Szeged may lose their right to play Champions League going forward, as Hungary has only one spot in the new format. This ticket will go to Veszprém, based on their domestic results in 2018/19.

However, there is little doubt that the European Handball Federation (EHF) will grant Szeged a wild card for the 2020/21 edition of the Champions League. Thus, Hungary will continue to have two teams in the most prestigious of all club competitions.

The consequences are much more dramatic on the women’s side.

Irrespectively, Györ Audi ETO KC will get the first Champions League spot, but based on the results in the current season, Siófok KC Hungary should receive the second ticket, while FTC-Rail Cargo Hungaria – better known as Ferencvaros – would not qualify.

With eight matches left to play, Siófok were second, two points ahead of FTC, when the league came to a halt. Under normal circumstances, the achievement would have qualified Siófok for the Champions League, together with Györ.

Last year, however, Siófok finished third behind Györ and Ferencvaros.

Based on this outcome, once again FTC will join Györ in the 2020/21 Champions League, while Siófok will compete in the EHF Cup, a competition the club already won in 2019.

Not accepting the verdict silently

Understandably, in Siófok they are not happy with the judgment of the Hungarian Handball Federation, to say the least.

“It does not end here. We are not going to accept this verdict silently,” says Bent Dahl, who will be head coach in Siófok from next season onward.

Even though the decision from the federation appears to be final, he refuses to give up hope.

“We will discuss this internally and then there will be an official reaction from our side,” he tells stregspiller.com.

“Of course, we were extremely disappointed, when we learned about the decision and we do not understand it.

“After all, we played 70% of the season. How can you ignore that?

“We were second in the league, when the season was abandoned, we are the defending EHF Cup winners, and we have qualified for the semi-final of this competition again this year. I do not understand how we can be ignored in this way,” says the experienced Norwegian coach.

He certainly makes no secret of the fact that Siófok was planning for the Champions League, when putting together their squad for the current as well as upcoming season.

“Yet, I do not expect any problems motivating my players next season, even if we are not going to play in the Champions League.

“They all are very mature, professional and dedicated players, who will do their best under any circumstances, also in the new Euro League, if that’s the final outcome,” he says.

At this point it’s tough to say, what Siófok can actually do about the situation at hand.

It’s unlikely that the federation will reverse their position and likewise the EHF won’t overrule the Hungarian federation and hand the Champions League ticket to Siófok instead of FTC.

The EHF giving Siófok a wild card for the 2020/21 Champions League season appears to be even more unrealistic, as three Hungarian teams in the same competition is out of question.

In Denmark, EH Aalborg has indicated that they may hire an attorney to investigate the possibility of taking legal action against the Danish Handball Federation, after the club was relegated from the women´s league, when Denmark’s handball season was terminated prematurely.

Is this an option for Siófok as well? It’s a big question. At present, Bent Dahl does not want to say exactly, what the club will do next.

“Obviously, we’ll have to discuss what to do about this and then there will be an official reaction from our side,” he states.