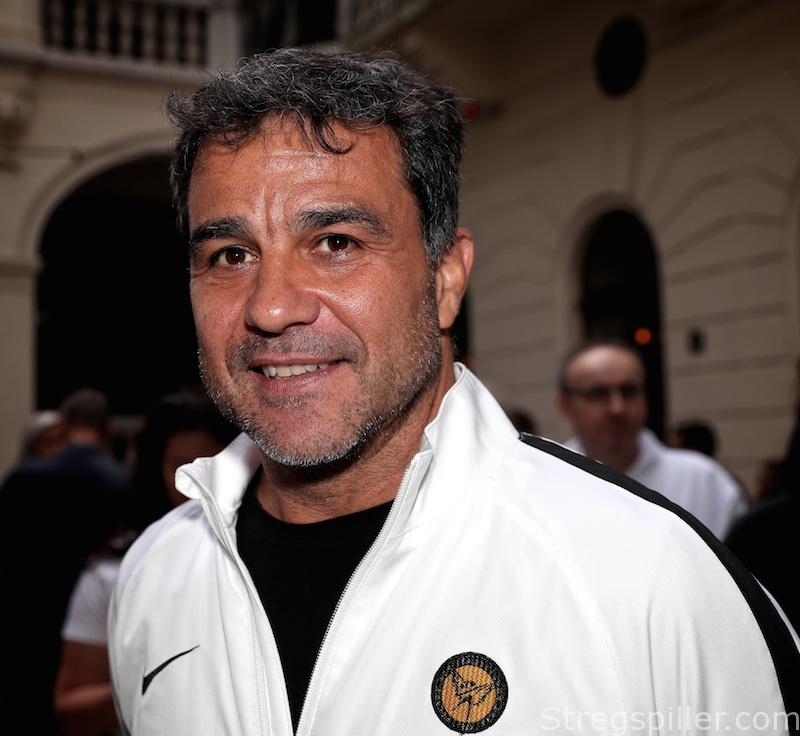 “It does not matter if you have won everything until now”

INTERVIEW – Ambros Martín has arrived in Budapest for his fifth FINAL4, but for the first time, he is not a coach of Györ, the club he won the Champions League on four previous occasions.

This time, the successful Spaniard will lead Rostov-Don, but such circumstances do not make much of a difference, he claims.

if there is one person in the world of women´s handball, who deserves to be characterized as “King of the FINAL4”, it is Ambros Martín.

But, since last summer, he has been in charge of Rostov-Don, with where he recently extended his contract for another year.

“It’s just great to be back with a new club, and I am just as much looking forward to the event as in all the previous years.

“We are all happy to be here. It’s the second time this team will participate; we are ready to compete and we feel well prepared for the task,” Ambros Martín tells stregspiller.com.

“I think our season has been pretty good, so far – I am really satisfied with the way we have played.

“Of course, we’ve had some earlier problems, but all in all, we have solved them in the best way and I think we’ve done well in the Champions League too, in most of our main round matches and in the quarter-finals.

“In fact, I feel we are getting better all the time.  Actually, I tell you that right now I believe we are even better than we were in the main round. This makes me confident that we can do a good job this weekend and make it to the final”, he says

“Experience has brought us far”

“I think experience plays a very big role, when explaining what brought us to the FINAL4.

“Many of our players have significant experience and that includes our Russian- as well as  our foreign player.

“In some respect, we started the season with a new team and I was also new. I arrived with some new ideas, but our team’s tremendous talent in combination with our experience has brought us back to Budapest.

“We have been able to deal with all the issues in the best way and I am happy to say that it’s deserved that we are here,” says Ambros Martín.

In the semi-final, his team will be up against Metz Handball, who may be FINAL4 debutants, but they are the squad that defeated Rostov-Don decisively, when the two clubs met in the main round.

Metz succeeded 29:25 at home and beat the Russian champion 26:18 on the road, in one of the best performances any team has shown in the EHF Champions League, this season.  What makes Martín believe that the semi-final on Saturday afternoon will be any different?

“I hope they are not on the same level that they were in the main round!

“Especially, in our game at home, all their players did a fantastic job and they made it impossible for us get even close.

“During the past month, however, I have noticed that they are not on  this level anymore.

“It’s the same team, they have no injury problems and they have a full squad, but in their most recent matches, they have not shown the same kind of performance as they did before.

“It allows us to hope, and so does the fact that we have improved ourselves, as I just pointed out.

“My experience from my many FINAL4´s tells me that anything can happen, and any past success in  the main round means nothing anymore.

“It does not matter if you have won everything until now. All that matters is having a good day and produce magic on this very day. This is what we hope to do in the semi-final,” explains Rostov’s coach.

No favorite on Saturday

“Actually, there is not a single favorite in the semi-final, on Saturday.

“You might say that Metz have the upper hand after their victories against us in the main round, but as I said, the past means nothing at a FINAL4.

“Furthermore, we have changed as well compared to those two main round defeats, and this may well be decisive in the semi-final,” concludes Ambros Martín.