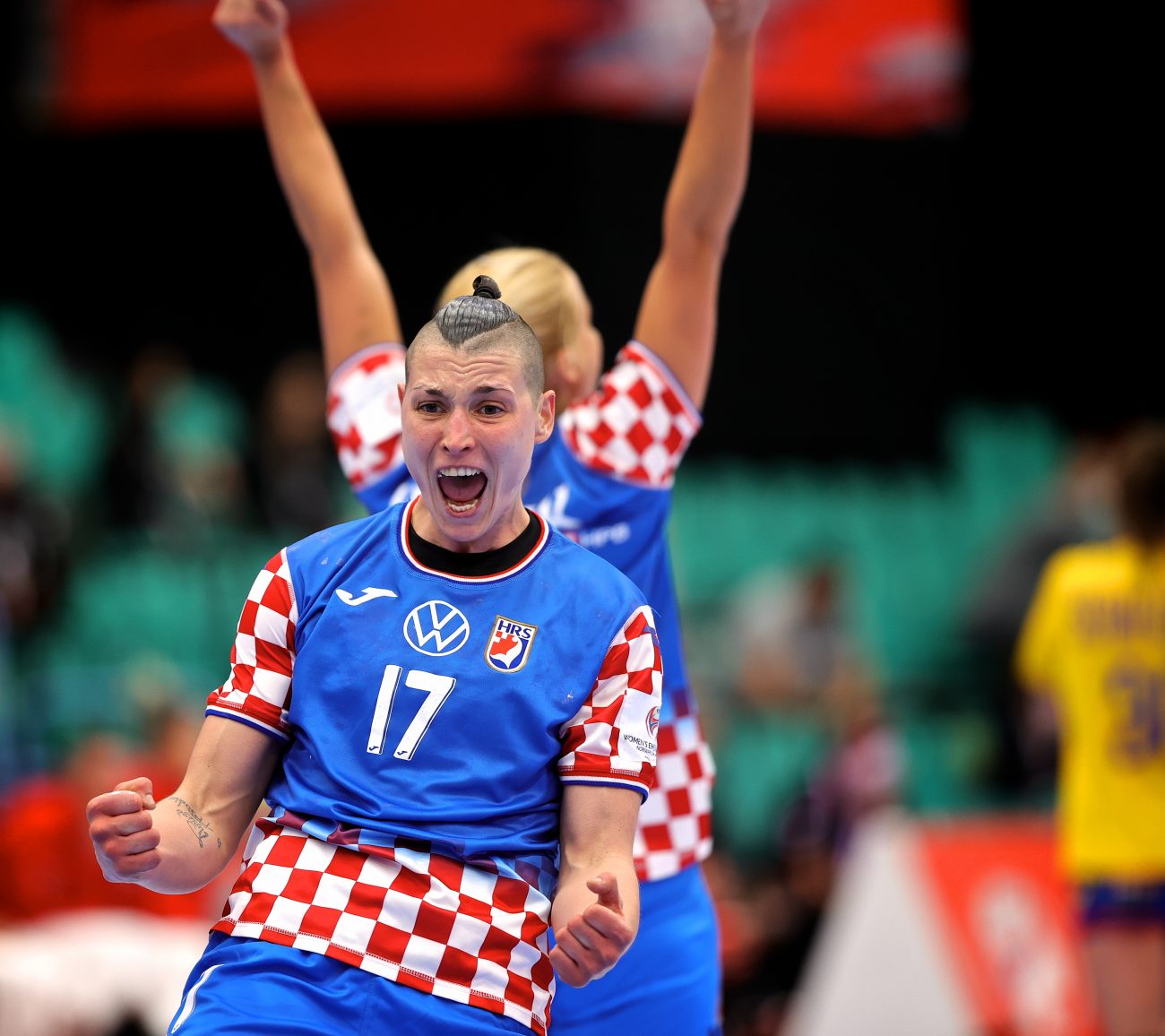 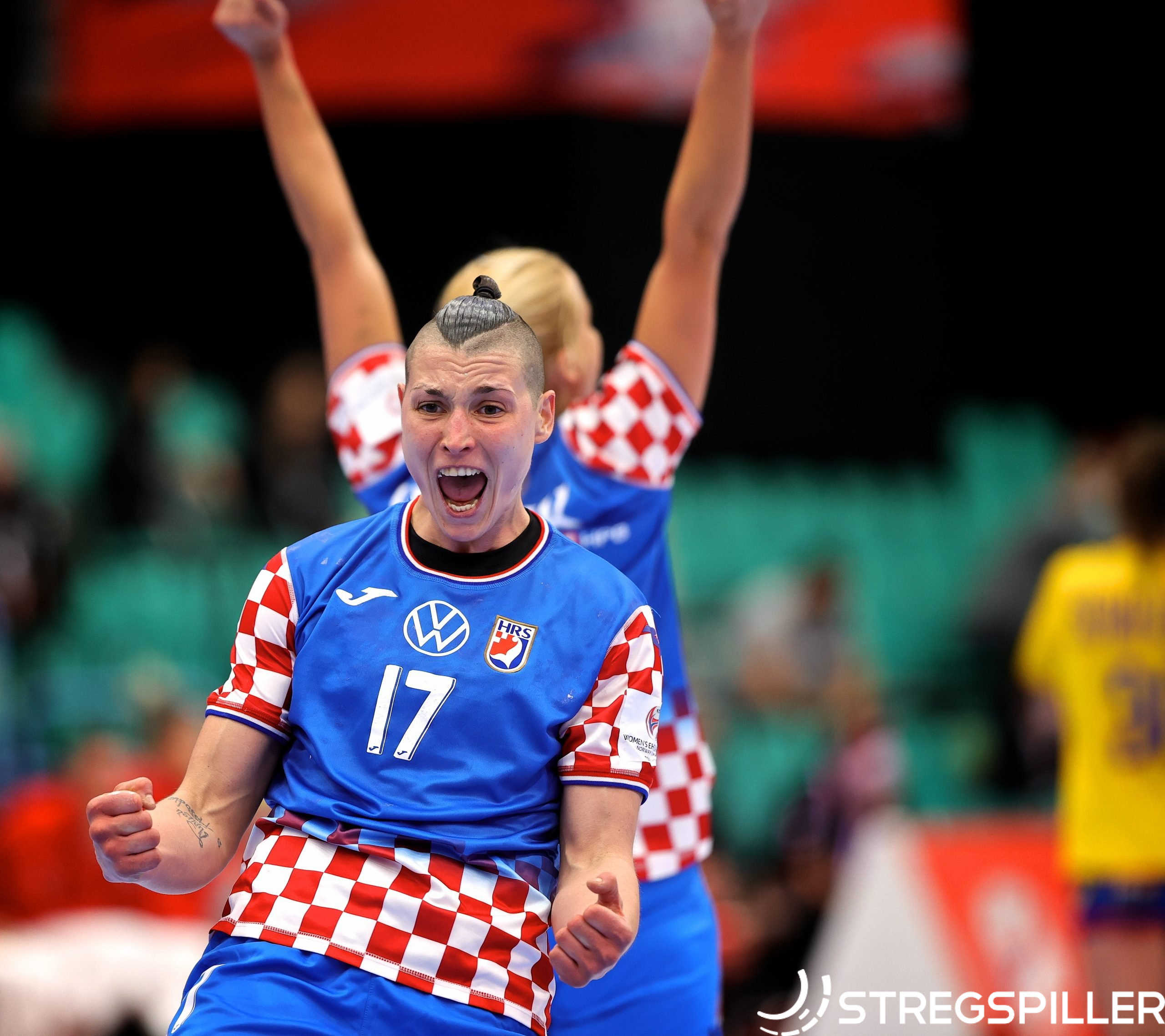 “It felt like we were flying on the court – all together, all sixteen players”

After Croatia’s marvelous run at EURO 2020 and defeating host Denmark in the match for the bronze medal, stregspiller.com caught up with one of the team’s most charismatic players – Katarina Jezic.

The experienced, line player (81 international games), who is playing handball in Siofok KC, in the Hungarian league, reflects on the team spirit leading up to the event, the unexpected success of the “Queens of Shock” and the team’s home coming reception.

How did Katarina Jezic experience the exciting journey of the Croatian women’s national handball team over the course of the past three weeks, at EURO 2020?

“Let me start from the very beginning. Ever since we met for our training camp before traveling to Denmark, I could already feel that the atmosphere was different.

“The way we were acting and supporting each other was not the same as before. Our initial plan was to go to EURO 2020 and make one or two steps forward.

“At the previous European championship, where sixteen teams attended, we ended up in 16th place. So, our wish was to advance to the main round of the tournament.

“And, then after the first match against Hungary we could see and feel that our team spirit was absolutely amazing – it felt like we were flying on the court, all together, all sixteen players.

“That’s when we told each other, ‘OK we don’t know what will happen and how everything will turn out, but let’s try to go as far as we can.’

“What can I say, it was just amazing to play the semifinal and then fight for third place.

“This has been the biggest story in all of our handball careers – I am not only speaking for myself, but for all the players.

“Danish media triggered something inside the team”

How did Katarina and her teammates prepare and approach the bronze medal match?

“It was a little bit of a different story. In the days before the bronze medal match, we followed the Danish news and what they were saying about us and how they saw us as a team and as an opponent.

“We didn’t like the media treatment and what they were saying about us and it triggered something inside the team. They woke up something, where we said, ‘You will not win this match – we will show you, who we really are and you will regret every word you’ve said in the newspaper and on TV.’

“But, even without it (the Danish media ed.), as a team we were prepared and had the mental strength to compete in this match – the most important one in the whole tournament.

“We were able to write history for women’s handball in Croatia. It was just an amazing feeling and we did not need any extra motivation.”

Coach Sostaric and the “Queens of Shock”

Was there anything else left for coach, Nenad Sostaric, to say?

“He didn’t say much. All he said was, ‘Girls please enjoy the game because who knows where we will be tomorrow or when – if ever – you will play such an important game in your life again. Try to enjoy it – I do believe in every single one of you.’”

What happened immediately after the bronze medal match against Denmark?

(laughing) “It was just one huge celebration as you could see on the court and captured it in your photos. We were really creative and had prepared some kind of a show for the medal ceremony.

“We had made crowns for all team members. In Croatia, they had come up with a nickname for the team, calling us the “Queens of Shock”.”

“Yes – because we shocked everybody.

“Right after the match it was just crazy with everybody singing, dancing, screaming and talking to their families.”

After the return to Croatia, Katarina Jezic describes the emotional welcoming at the airport.

“We had a fantastic welcome beginning with the arrival at the airport in Zagreb.

“People and journalists were waiting outside and eager to greet and welcome us. They had set up some screens with our pictures, scenes from the games and Croatian music.

“I gave a short speech and so did my friends – it was just such an incredible feeling.

“Then, the bus took us to the president’s office.

“Something we enjoyed very much as well – to hear some words from the important people of this nation, who shared their feelings, welcomed us back and thanked us for what we had achieved for this country.”

“Women’s handball is alive in Croatia”

Following the outstanding accomplishment for women’s handball in Croatia and in a moment where Katarina Jezic and her teammates stepped into the limelight, normally a spot the men’s handball team finds itself in – how did the line player feel about it?

“Yes, exactly. People were really happy to see that women’s handball is alive in Croatia. They saw that women can play handball and be successful as well; we are a team you can cheer for.

“Of course, the men’s national handball team was also proud of our achievement and happy. They sent us so many messages and videos with supportive words. It was really nice to be a part of all of this.”

The upcoming holidays will only allow for a brief break from handball before the bronze medal winner will be back on the pitch, together with her club teammates from Siofok.  Still, she will try follow the much delayed 2020 edition of the men’s VELUX EHF Champions League FINAL 4, in Cologne, on December 28-29, as well.

“First, I will celebrate Christmas together with my family, before I have to return to Siofok, where we will play our next game on December 30th already.

“I like to see every game if my training schedule permits and I will cheer for my Croatian players and hope for the best team to win the competition, as always.