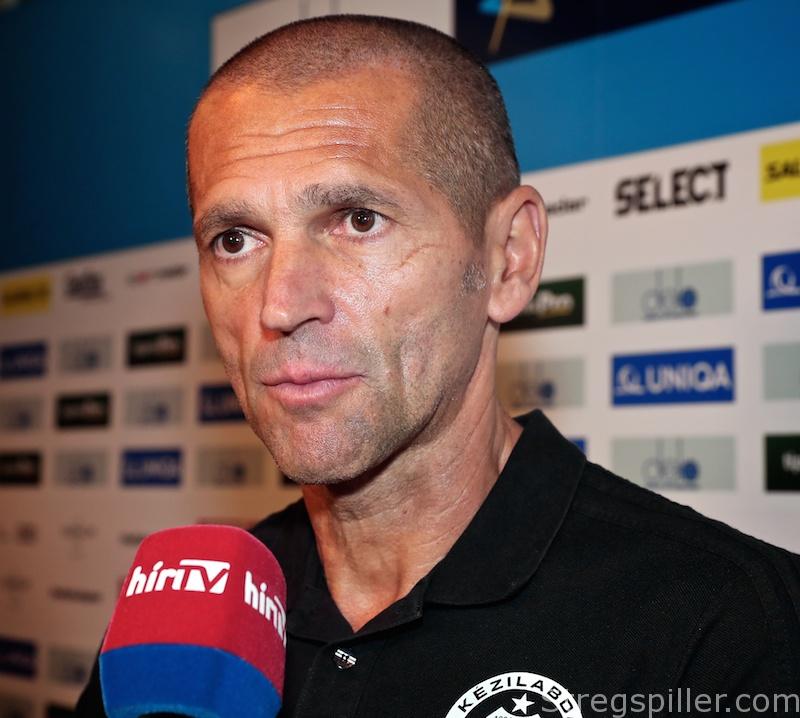 It is a new feeling

INTERVIEW – It certainly is not the first time, Gabor Danyi appears at a FINAL4 together with Györ, but it will be his first time as head coach. He openly admits that such circumstances makes everything a bit more special this year.

Taking part in a FINAL4 as coach is far from being a new experience for Gabor Danyi.

In fact, the 55-year-old Hungarian has seen them all, as Györ assistant coach between 2011 and 2018.  However, the 2019 tournament marks the first time he will be at the helm of the team, in a FINAL4.

To the surprise of many, he was promoted to head coach, when the legendary Spaniard, Ambros Martín, left for Russian Champions League rivals Rostov-Don last year. According to Györ’s management, Danyi was picked from about 50 candidates.  Thus far, there have been no regrets and club officials are happy with his work, as his contract has been extended for another year.

“As you say, I have been here several times before, but of course, it is a new feeling and a new experience to be here as head coach for the first time.

“However, I do have a normal adrenalin level and I do not feel too much pressure. I am really excited about Saturday’s games and the day after, Gabor Danyi tells stregspiller.com.

So far, he can look back on a very successful first season as the helm of the ambitious Hungarian club.

His team went through the 2018/19 Champions League as the only undefeated team. Two 32:32 draws against their Hungarian rival FTC, were the only small stain, if you want to call it this way, on an otherwise fine record.

In addition, Györ already won the Hungarian Cup and they are on top in the domestic league.

“Today, we have to look forward and concentrate one hundred per cent on our semi-final against Vipers,” he emphasizes.

No pressure despite high expectations

It’s no exaggeration that expectations in Györ are very high ahead of this FINAL4.  After dominating the Champions League in the previous two years and a flawless record, fans have every right to dream about a third consecutive success.

Gabor Danyi denies any extra pressure and he does not feel an additional burden for his players either.

“No, not all. It does not help to look back at how many times we have won the title, anyway.

“It’s all about looking forward toward the next job, and our next job is the semi-final on Saturday against the Norwegian champions, Vipers Kristiansand.

“They are a very dangerous team, they play very fast, they have an excellent goalkeeper in Katrine Lunde – so we definitely have to focus on doing our very best,” he finds.

He does not try to hide the fact that playing the FINAL4 in the Hungarian capital every year is a very big advantage for his team.

“It is an enormous advantage to us. Playing in a full Papp Laszlo Arena, in Budapest, where a big part of the crowd is from Györ really is a tremendous benefit to us. Fans from Györ are the best in the world, I think, and their support grants us a minimum of three or four extra goals per game,” says Danyi, who does not  think too much about Györ’s two victories against Vipers earlier in the season.

“The match on Saturday will not be like those two games, however.

“What happened in the two main round matches does not matter any longer. Now, we have to focus on ourselves in order to perform on a high level this weekend.

“This will be a totally new game and I see the chances as 50-50,” sounds the surprising forecast of Györ’s coach.

He admits that there are certain players in the Vipers team, that his players will have to pay particular attention to – the goalkeeper is one of them.

“There is, of course, Katrine Lunde who is a fantastic goalkeeper. She is excellent, but so is Reistad and both of their wing players. And, they are also very well equipped in the line player position.

“The entire team plays very fast; they play a very good handball – we must be ready for them,” ends Gabor Danyi.