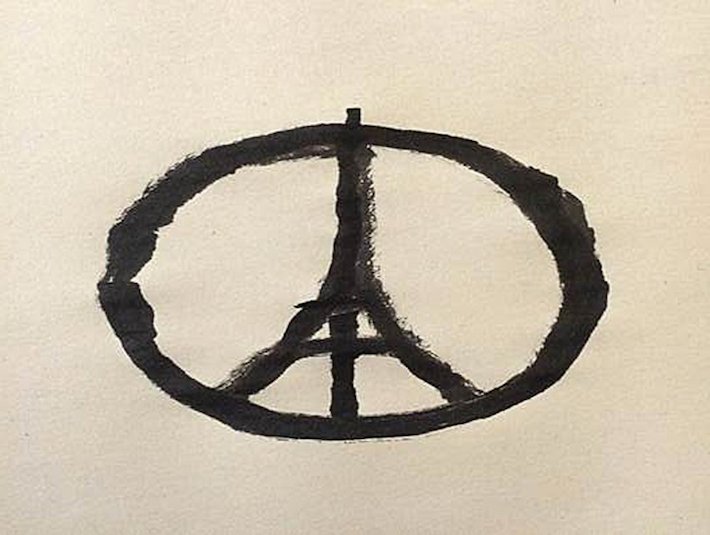 “It is difficult to free fools from the chains they revere.” (Voltaire)

Round five of the women’s EHF Champions League.

A Star is Born

“Never did so many owe so much to so few”, said Winston Churchill in 1940 in one of his most important World War II speeches.  Of course, the occasion was much less serious at the Palace of Sport, in Rostov-Don, on Saturday afternoon.  But given the limited squad, Larvik put up a courageous fight against the undefeated top team of the group.

Apart from long-term injured Alina Wojtas and pregnant Linn-Kristin Riegelhuth Koren, Larvik was also missing Nora and Thea Mørk, Anja Hammerseng-Edin and Tine Stange, and on top of all Norwegian trouble, Amanda Kurtovic was not able to play either.  Rostov-Don was at full strength and judging by their 27:21 win in Norway where the two teams met for the first time this season, the Russian champions were considered the overwhelming favorite.

From the beginning it was obvious, that Larvik was determined to put up a fight.  Rostov-Don did get the better start and quickly went ahead by two goals, but less than ten minutes later, it was Larvik´s turn to be leading by two at 7:5.  The Russian’s got back into the lead but were unable to pull away.  By half time, the difference was down to one goal.  Two players stood out in Larvik’s team – not only in the first half, but the entire match.  22-year-old left back Kristine Breistøl played the best match of her young life and scored no less than 13 goals, while Sandra Toft in goal saved five of seven penalty shots.

Rostov-Don seemed to have the matter decided, when they built their lead to five goals at 23:18.  However, Larvik were not beaten yet.  The Norwegian record champions managed to fight their way back, and with her 13th goal, five minutes before time, Breistøl had equalized the score at 25:25.  Rostov-Don responded and went ahead 26:25 once again, but a two-minute suspension meant that the hosts had to play the last minute and a half with one player less on court.  Larvik got the best possible chance for a draw, when they were awarded a 7-meter penalty with 32 seconds left on the clock. However, young Breistøl´s nerves let her down this time, as she sent the shot way over the crossbar.  Helped by a timeout, Jan Leslie’s team could protect the ball for the last half-minute or so and celebrate a narrow and hard-fought win.

Play + Player of the Match

It was impossible to not feel sorry for Kristine Breistøl, when she missed that last penalty shot that could have saved her club a crucial point.  Due to a wave of injuries that had decimated Larvik’s team, Breistøl got her chance to start as left-back and she grabbed this opportunity with both hands.  It will be most interesting to follow her career path in the future.  It certainly feels like a (handball) star is born.

While it was hard to not feel for Breistøl in particular, it was also difficult to not sense a bit of disappointment on behalf of the team from Larvik, in general. Considering the few resources at the disposal of coach Tor Odvar Moen, his girls fought with all they had and they got close to reaping a well deserved reward.  Now it looks like they are taking only four points to the Main Round – provided they manage to win their home match against Baia Mare this upcoming Friday – and that may be a bit too little with regards to reaching the quarter-final.

Rostov-Don is already assured of a maximum eight points, regardless of their last game in Ljubljana.  Are the Russian Champions League debutants getting tired already?  Their two most recent matches have both resulted in narrow and hard-fought home wins and if fatigue is the explanation – having many of the players participating in the World Championship in December – won´t help the prospects of Jan Leslie´s crew.

Finally, the first Champions League win at home sealed Baia Mare´s main round berth, but the Romanian’s performance in front of their home crowd was a bit shaky.  Baia Mare got off to a great start – maybe too good, as they seemed to fall a bit asleep after taking a five goal lead at 7:2.  In fact, Krim got as close as being only one point down at 13:12, but there were not many amongst the 2,000 spectators who believed the hosts could get in real trouble – except for some very enthusiastic Krim fans cheering in the stands.  A relatively narrow two-goal lead at half time did not ring any alarm bells at “Sala Polivalenta” – rightly so, as it turned out to be after the break.  Scoring the first five goals in the second half, Baia Mare stayed in complete control and built a large lead via 27:19 and 35:27 before winning by seven.

Krim will get a last opportunity to score points when Marta Bon’s crew receives Rostov-Don next weekend.

The team of coach Gabor Elek scored another win in a game that was largely inconsequential for the Hungarian champion.  The players around the club’s top scorer Zita Szucsanszki booked their ticket to the Main Round a week ago already.  The trip to Croatia was deemed to be “just another day at the office”.  It did not quite work out that way.  At home Podravka is a force to be reckoned with.  Only ten minutes before the end of the game could Nerea Pena & Co pull away and not look back.  It was a piece of work – not pretty but the Hungarians got the job done.

Piroska  Szamoransky.  Another solid performance of FTC’s line-player in the 2015/16 Champions League season.  Opponents will do well to not underestimate the qualities of the experienced player, hailing from Gyor.  She is well on her way challenging her previous goal scoring record set in the 2012/13 tournament.

Expect a different ball game on November 22, 2015 when the French champion will come to visit Budapest and fight for critical Main Round points.  FTC will remember the torrid pace set by Alexandrina Barbosa & Co in the first encounter between the two teams.  For both squads it will be an important stress-test prior to the World Cup’15 break.

The game was postponed because of the horrid attacks in Paris over the weekend.

A walk in the park Südstadt

Something is wrong with the system, when a team like Hypo can access the Champions League, where they stand not even a remote chance of scoring one point.  Even without four key players, Midtjylland had no trouble removing the last theoretical obstacle regarding their Main Round berth, while cruising to a clear win.

Danish internationals Louise Burgaard, Trine Østergaard, Susan Thorsgaard and Stine Jørgensen all stayed at home, while former Hypo keeper Sabine Englert never got a chance to save a shot from her former team.  She never joined her teammates o the pitch.  There was no need whatsoever.  The reigning Danish champions enjoyed a smooth evening in the Wiener Südstadt.  Coach Thomsen’s squad was leading by as much as ten goals before slowing down towards the end of the match.

Even though the opposition was modest, 19-year-old right back Pauline Bøgelund impressed by scoring eight goals on ten attempts for FC Midtjylland.

In the end the “W” stood for coach Rasmussen’s team and that was all that mattered.  The trip to Lublin marked the end of a week that was characterized by extended traveling, unexpected delays, a hard fought game vs. Buducnost, followed by a tough match against Cluj, in Romania’s national league.

Kim Rasmussen (coach CSM Bucuresti) at his initial time-out during the first half with Bucuresti trailing by two goals: “It’s about energy – step up now.”  It was impossible to ignore Bucuresti’s “heavy feet” on the tail end of a demanding week but in the minutes that followed the words of encouragement, Isabelle Gullden and Maria Fisker in particular, were able to turn the game, outscoring Lublin 10:5 while taking a two-goal lead into half-time.  Marta Gega & Co would come close a few more times in the second period but not more.

Play + Player of the Match

Isabelle Gullden.  Mastery is not a commitment to a goal but to a constant pursuit – nothing would better describe the performance of Isabelle Gullden’s of the past six days or weeks for that matter.  This Friday evening in Lublin was no exception.  Her “no-look” pass to Maria Fisker in the first half of the match was just one example of yet another exceptional performance.  15 Champions League goals within a short week’s time are also a good reason why “Bella” Gullden must be considered the best playmaker in the world right now.

A 25% save rate for Lublin’s goalkeeper sums it up.  While top scorer Iwona Niedzwiez and line-player Joanna Szarawaga tried their best on the other side of the court, Lublin could not get a break from the goalkeeper.  A porous Polish defense did not help either.

It took Buducnost 20 minutes before they could take their first lead against the Swedish champion.  Enough said.  A visibly upset coach Dragan Adzic endured a lethargic start of his team at Partillebo hall.  If it wouldn’t have been for the efforts of Milena Raicevic and Katarina Bulatovic during the opening phase of the match, who knows how much deeper the hole would have been that Buducnost managed to climb out of, eventually.  In contrast, Savehof began the game showing no respect with quick attacks while taking a 4:2 lead by the fifth minute – the giant from Monetenegro was still asleep.  It all changed for good before the half-time buzzer sounded.

Beating Buducnost means playing better defense than Kinga Achruk, Dragana Cvijic + Co. over the course of 60 minutes – and that’s a tall order for any club, never mind the youngest team in the Champions League.  Stine Lund Andreassen and Julia Eriksson put up a courageous fight before it all came to an abrupt end after 30 minutes.  Savehof would not score another goal until Olivia Mellegard ended the drought in the 45th minute.  By that time, the game was decided.

Milena Raicevic and Katarina Bulatovic.  The two internationals escorted their teammates through the first half until all were caught up.

A 49% save rate for Marta Zderic sums it all up.  It takes a whole lot more to unhinge Buducnost’s defense including the goalkeeper.  On Sunday, Savehof’s efforts were not enough to seriously challenge the champion but something is growing – again – under the watchful eye of coach Henrik Signell.  Names to place in short-term memory include Julia Eriksson, Olivia Mellegard and Emma Ekenman-Fernis.  There is a future – not only in Buducnost.