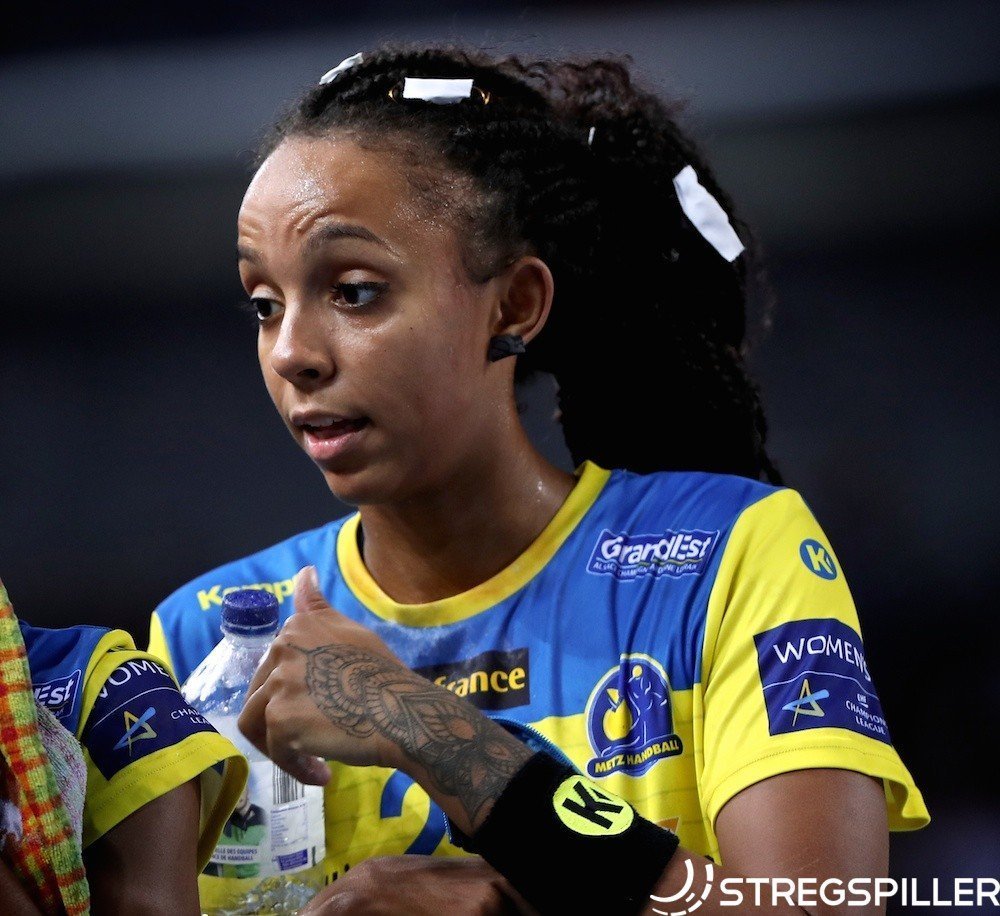 “It still is a rocky road ahead”

Marie-Hélène Sajka is one of the revelations of the first part of the season in the DELO EHF Women’s Champions League. Four games into the tournament, the tall left-hander has already beaten her scoring record from two seasons ago. After playing for Toulon St. Cyr  in 2018/19, she’s back in Metz and hungry for success.

stregspiller.com talked to the right back of Metz after the commanding win against Vipers, last night.

Even though you won by nine, for forty minutes or so it appeared as if there wasn’t that much of a difference between the two teams?

That’s quite normal as Vipers is an excellent team, we saw that in the first leg already. We built our game little by little and in the end they got tired because we put a lot of pressure. It allowed us to take advantage decisively.

What did you think, when Vipers were coming back at the start of the second half?

Winning here, at “Les Arènes”, means the world to us. We haven’t lost at home in a very long time and we hope we can keep the streak going. So, when they came back we thought, “we’re going to walk all over them”. We couldn’t allow them to get back into the game just like we did two weeks ago, especially at home. No way!

Heidi Loke tried to put on a show tonight. How special is it to play against such a player?

Sometimes, she’s doing a little bit too much, but I think that the referees handled it well tonight. It’s part of the game, she has a lot of experience as well and she’s an incredible player.  But, we managed to stop her from becoming “too incredible” tonight.

Now, Metz are qualified for the Champions League main round. Can we conclude that the first goal is reached already?

Metz had a difficult time as of late – a draw in Kristiansand after a big lead and a loss in Brest. Does this win at home put things back in perspective?

Of course, especially on the defensive end. We allowed 38 goals in Norway and tonight, they (Kristiansand ed.) only scored 17 times. Against such a top team, one that likes to play fast, it’s excellent. Not everything was perfect, of course, but now we know that if we can hold Vipers to 17 goals, we can do even better against some of the other teams.

And, what a game by Ivana Kapitanovic?!

Having such a great goalkeeper behind you is so cool! In defense, we try to work as hard as we possibly can to give her a break, because she’s a bit lonely now, that Laura is injured. She (Kapitanovic ed.) helps us with her saves, when we don’t do our job right.

I assume that you’re happy you returned to Metz last summer?

In the Champions League your emotions not only run as high as in a regular season game, but times ten. It feels good to win, to play well – especially in front of our fans. I’m really glad I came back to Metz.  Everything is working out as planned, so far. Hopefully, things will carry on this way!