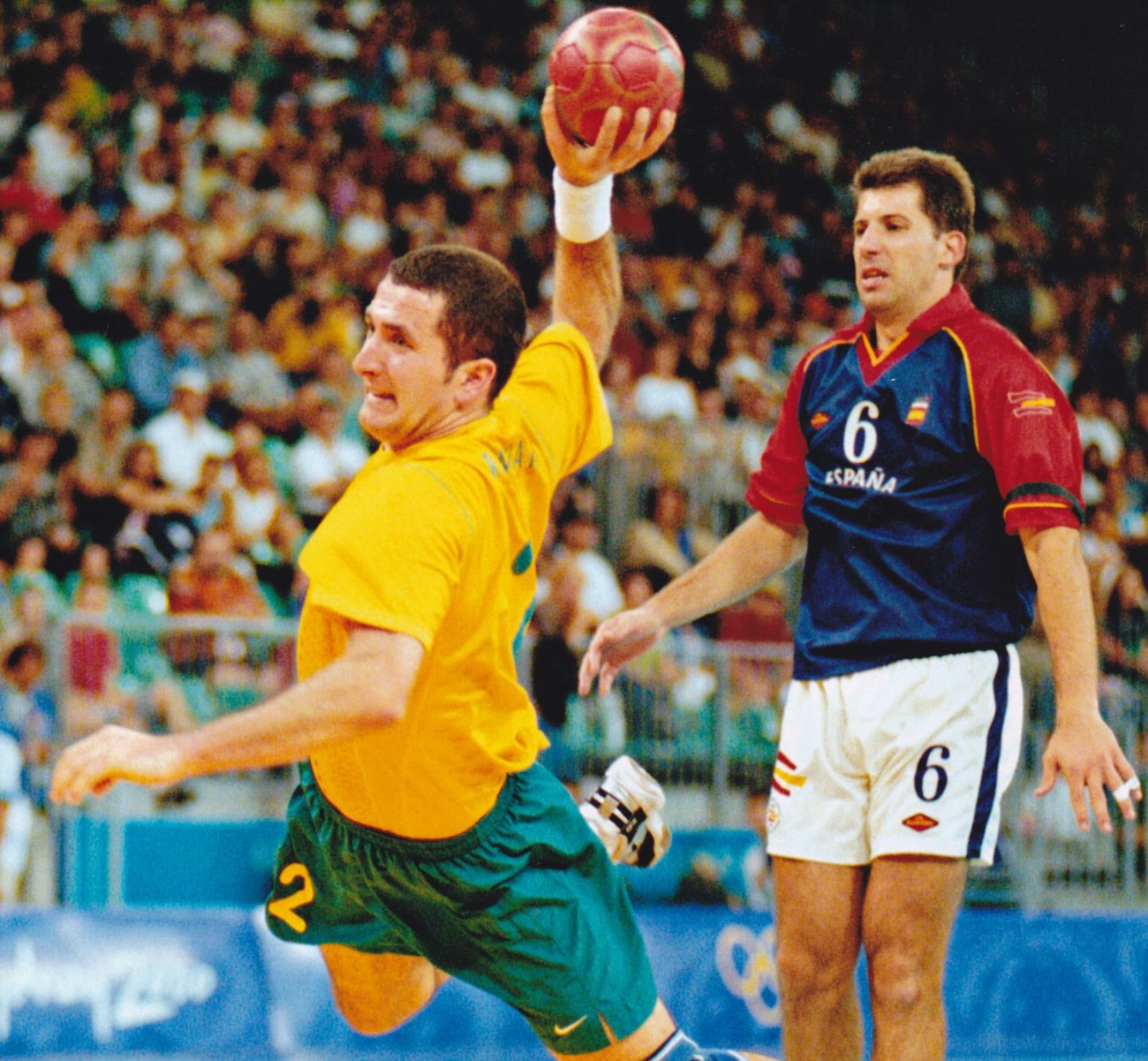 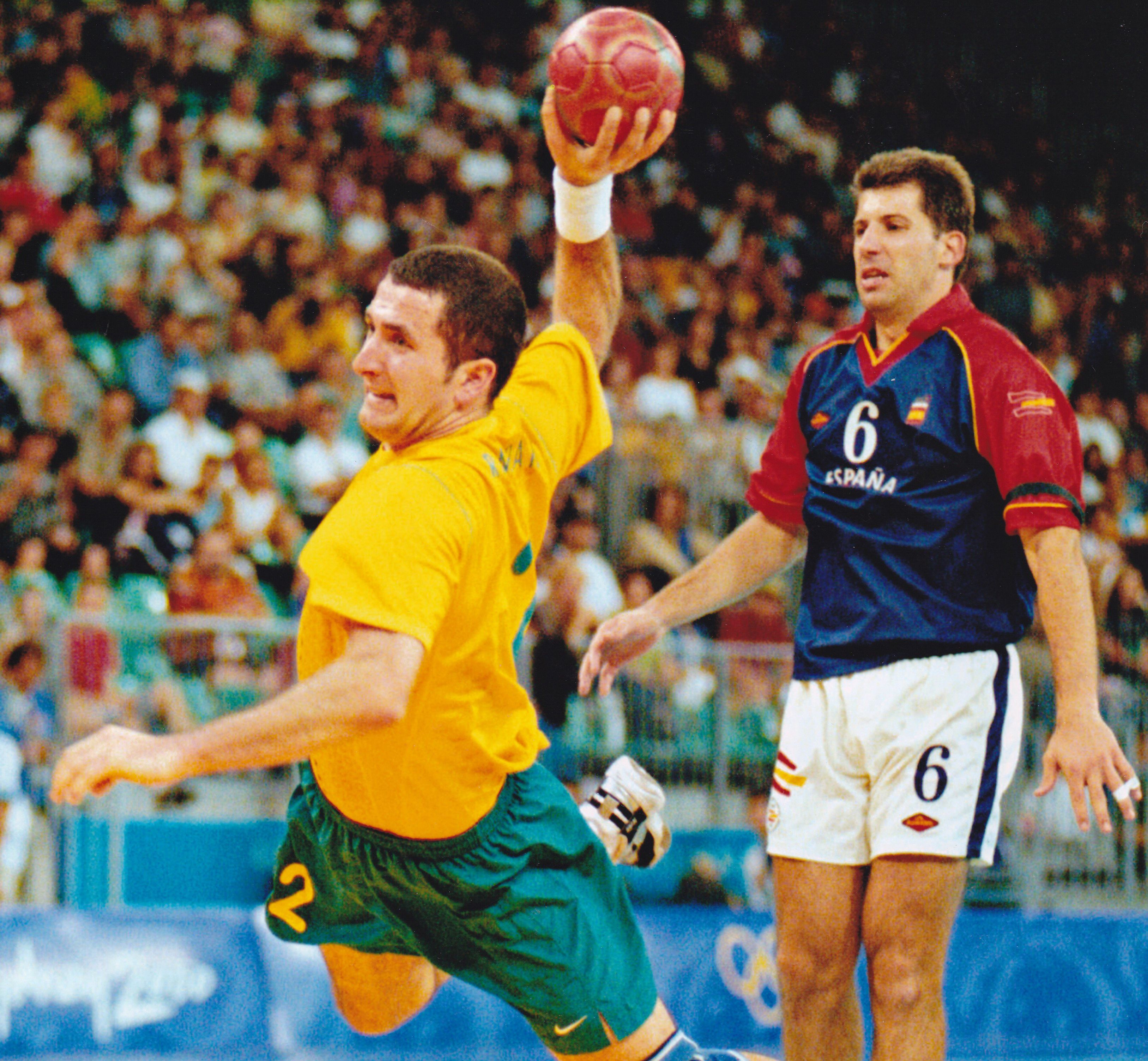 INTERVIEW – Former Australian handball international and current Kosovo coach Taip Ramadani spoke on the (Un)informed Handball Hour podcast about the secret handball team of athlete’s from other sports, created less than a year before the Sydney 2000 Olympic Games.

Over the past 20 years, the performance of host nations in handball at the Olympics is a recurring fascination for handball fans and pundits.
Sydney 2000 was particularly interesting as Australia were tasked with forming men’s and women’s teams to compete with the world’s best from scratch.

Sydney-born Taip Ramadani returned from Kosovo to Australia at the age of 16 and joined a club run by Sasha Dimitic and quickly developed under the guidance of the man credited with bringing handball down under.

Having won the right to host the 2000 Olympic Games in 1993, the Australian team was formed and Ramadani was involved from the beginning.

“We worked really hard, we took a lot of trips to Europe, Asia and Africa to bring the level up.

“Initially, we had some good funding, but it was then slashed as the Australian Olympic Committee felt that there was no realistic chance of winning a medal.”

With funding diverted to the likes of athletics, swimming and rowing, the handball teams were forced to support themselves to fulfil their Olympic dreams.

Taip and a number of teammates decided to move to Europe and join professional clubs to continue their progress, while the breakup of Yugoslavia saw young talented players move to Australia and become citizens.

“Suddenly, we had a serious team.”

Another twist in the tale was to come just half a year before the games.

“We were really terrified”

“We’d been in camp for a few months and there was talk of this team of Aussie Rules, rugby union, basketball and cricket athletes, who were in the last few years of their athletic careers and this was an opportunity for them to try an Olympic sport.”

A group of former and well-established athletes from other sports were brought together in secret, just months before the Olympics, to play handball.

The real squad, who had sacrificed so much for this once-in-a-lifetime opportunity to represent their nation on sports’ biggest stage, were told they would play a match against the secret team, full of massive men.

“We were mystified. Our first job was to play a match against them on the first day they showed up. We were really terrified because they were big and had no idea of how to play.

“They had no sense of changing direction, no handball maturity, no tactical formation – it was just passing and shoot, then tackling rugby-style.”

People in sport love to compare athletes and contemplate how they would fare in other disciplines. Anyone who imagines handball to be an easy sport to master for professional athletes from other sports is sorely mistaken.

“I remember how bad the game was, it didn’t resemble a handball game, it was just hit and run. They had a lot of trouble with basic handball skills.

“We ended up quite hurt by it, but they could not score goals and it was a very easy win for us. They quickly realised that the program was not going to work and ditched it immediately.”

The real handball team showed everyone who was boss, but the whole experience did not fill the players full of confidence.

“You can imagine for the locally-based players, they had the pressure of internationals coming in and now these rugby guys. We were all feeling the pressure, it was like they were just trying to get rid of us.”

Ramadani and his team went on to compete at the Sydney games and while they did not manage to pick up a victory, handball captured the imagination of the Australian public. Unfortunately, there was no infrastructure developed to capitalise on the interest, which as Taip says “came back to bite us in the end.”

“What really hurt me was that the wheels came off. I heard there were about 8,000 calls to Handball Australia from people interested in playing, but they were all turned away with no infrastructure, no coaches or teams for junior players. It was a massive opportunity missed.”

The line player continued representing Australia as a player until 2009, then coached the squad until 2013. He has since moved on to lead the Kosovo national team, but trying to promote handball in Australia remains his passion and is something he will never give up on.

Listen to the latest (Un)informed Handball Hour episode below, featuring the interview with Taip. The Sydney 2000 story begins at the 41:30-minute mark.