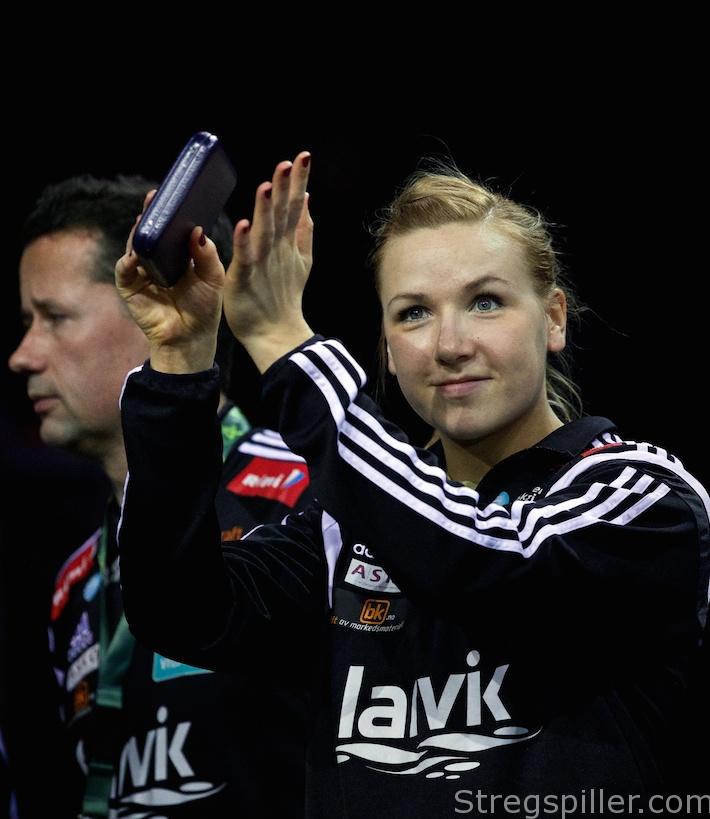 “It’s an interesting challenge to build a new Larvik team”

INTERVIEW – The days when the job of head coach in Larvik was synonymous with lifting trophies every season are gone, as the club´s new leader, Geir Oustorp, confirms in this exclusive interview with stregspiller.com.

In Larvik change is happening.

Last season, the team surrendered Norway’s national championship to Vipers Kristiansand after 13 years of uninterrupted dominance. And to top it off, legendary Tor Odvar Moen left the job as head coach; in the meantime he has moved on to Siofok (Hungary).

To many people it was next to impossible imagining a future without Moen, but club management did not want to extend his contract. Geir Oustorp has replaced Moen as he was a part of Larvik´s coaching team already during the previous season. Now, he shares responsibility of building a new Larvik team with former world-class goalkeeper, Lene Rantala, as his assistant.

“Of course, it’s demanding but it is also an interesting challenge to build a new team here in Larvik – and a new team it is,” realizes Geir Oustorp.

As in prior years several important players have left the club over the summer. Left wing, Thea Mørk, joined Danish champions, Kobenhavn Handball, while left back Kristine Breistøl headed to another ambitious club in Denmark, Team Esbjerg. In addition to the talent drain, Tine Stange, the experienced backcourt player and defender, is pregnant.

“You can add the fact that Linka (Linn-Kristin Riegelhuth Koren) is still out because of her family situation and at this point we do not know when she will return.

“Right now, we are in a situation where our most experienced players have been with us for three years,” says Oustorp who is pleased by welcoming a few newcomers.

“We’ve got Marit Molid back. After having a fine season in Danish Randers, I think we are allowed to have certain expectations,” says the 46-year-old head coach who works as a police officer in addition to his top level coaching job.  And he also finds time to be in charge of Norway´s U19 national team.

Finances are still a problem

Financial troubles have been an ongoing issue in Larvik for several years and bankruptcy has been “knocking on the door” more than once. As a consequence, the organization has been put under strict surveillance by Norway’s Handball Federation for the time being.

Last season, a collection effort in Larvik’s community has saved the club once again, but financial conditions are still tight, and that’s one part of the reason why Larvik have not been able to maintain their status as dominating force in women´s club handball, in Norway.

“Our course, we still feel the impact of the financial problems, but now the club has cut the coat according to the cloth and we simply have to accept that we are at a level that we can afford.

“Obviously, we very much would like to take the title back, but we have to realize that Vipers have a very strong team and it will be hard for us to compete.

“Several of the pundits are expecting us to finish third in Norway this season (behind Vipers Kristiansand and Storhamar, ed.) and such expectations may be quite realistic,” says Geir Oustorp.

Considering Larvik´s circumstances, hopes to succeed in the 2018/19 Champions League are slim when looking at their preliminary group.

In Group A, Larvik will be facing the French champion from Metz Handball, former Champions League winner, Buducnost, as well as Danish runners-up, Odense HC.

“Of course, we will fight for our chance to move on from the group stage as tiny as it might appear – all our opponents are very strong. In all likelihood it will be our home games that will decide our destiny.

“Metz still have a very strong team. Odense has the best squad in Denmark even though they did not win the Danish championship last year, but this season they should be able to get all their stars working together. Finally, Buducnost have been reinforced considerably after the return of Katarina Bulatovic.

“We will probably know more about where we stand after having played our first group match on the road against Metz on October 6th.   But ‘yes’, it will be tough, no doubt – but we will fight for our chances just as we will in the national league.

“Still, we are here and we will come back stronger,” predicts Geir Oustorp.