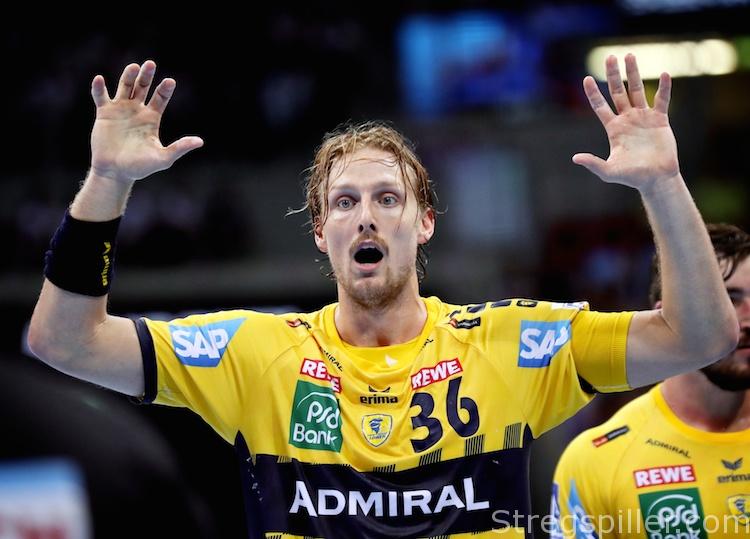 “It’s a lot of fun to play in Veszprem”

INTERVIEW – For the past two seasons Jesper Nielsen was part of the star ensemble of Paris Saint-Germain. He reached the Final4 of the VELUX EHF Champions League twice, but ended up empty-handed on both occasions. Now, he is back in Germany wearing the jersey of Rhein-Neckar Löwen. I talked to the Swedish international about missed opportunities with PSG, his move back to the Bundesliga and his team’s chances of adding more silverware to the club’s trophy cabinet by next summer.

You moved from a big metropolis to the German province. How do the two cities compare?

Why has Paris not been able to win the Champions League until now?

JN: Actually, little things make the difference. In the first year we played against a very good Vardar team, including Luka Cindric, who was on fire. We lost in the last second of the final – that was tough. And, last time we lost against Nantes; a team that has always been a difficult matchup for us in the (French ed.) league. It can happen, it’s handball.

If I remember the 2017 final against Vardar correctly, Mikkel Hansen sat on the bench for most of the second half although he dominated early on. Did Noka Serdarusic make a mistake back then?

JN: I can’t remember who was playing when at the time and who wasn’t. He was the coach and in the end the coach makes the decisions, it’s as simple as that.

All in all, it has been a quite successful time for you in Paris?

JN: Yes, absolutely. We won the league twice and also some cup titles – so, yes, it has been great.

JN: First of all, I am very fortunate to be back in Germany, playing in the Bundesliga. The atmosphere during the games is great and the arenas are full. And, I can also play with some of my friends from Sweden, so I am quite happy about it.

Why did you decide to sign with Rhein-Neckar Löwen?

JN: In recent years, the club always fought for first place. And, I wanted to join a team where I can win trophies. During my three years with Füchse Berlin, I was never able to win the Bundesliga title, so that was one of the reasons. I was really pleased when Rhein-Neckar Löwen first contacted me, because I knew I would get a chance to win titles.

Did you even consider other offers?

JN: Sure – I did. But to be honest Rhein-Neckar Löwen were my first choice, right from the beginning.

As someone who has played in France recently, where the stress in the league is surely less compared to the Bundesliga, is a German team still capable of winning the VELUX EHF Champions League, right now?

JN: It’s hard. But, I also think that over the course of the last one or two years German teams are back on track. If we (Rhein-Neckar Löwen ed.) play well, we can beat every team (in the Champions League ed.). But, you have to try and win every match in the Bundesliga as well and give 100 percent all the time. In Hungary or Poland the league is not as strong; just two good teams and that’s it.  So, it’s not easy for German teams, but Flensburg can also beat every team on any given day. Ultimately, we have to wait until spring of next year.

Your coach, Nikolaj Jacobsen, mentioned in a recent interview with stregspiller.com that your team lacks stability and you may win only one title, but not more. What’s your take on it?

JN: I think you can see it in the games. We have some periods when we are not playing well. Usually, we play well for 20 minutes, then it’s five to ten minutes where we struggle a bit. But it’s getting better and hopefully we can continue to improve in Veszprem.

JN: Yes – two tough tasks. It’s always difficult to play in Veszprem. But it will be fun, actually, a lot of fun. The atmosphere in Veszprem is just fantastic. Montpellier is the defending champion, but they are experiencing problems. Overall, two very difficult games.