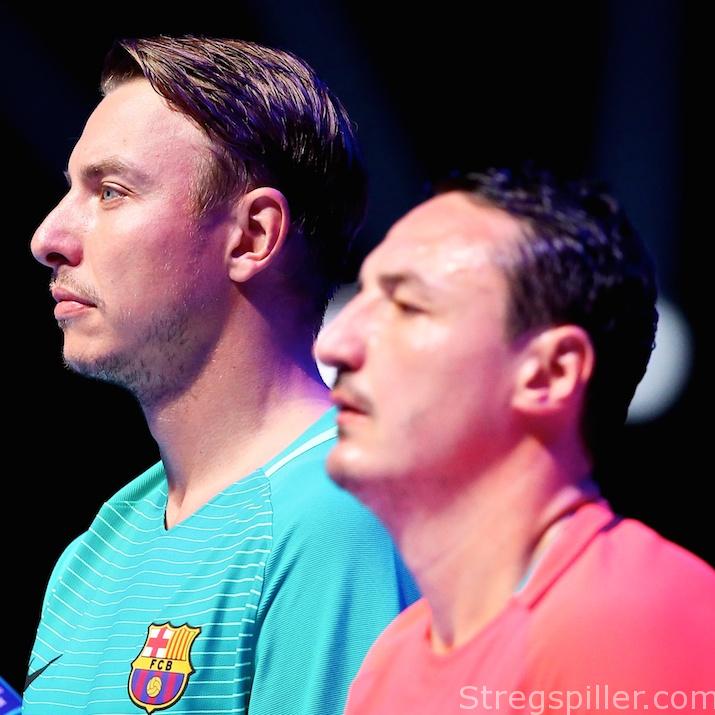 This past Monday, when Filip Jicha turned to social media announcing his retirement it was a sad moment for the sport of handball.  One of the best of his generation and an “All-Time Great” decided to call it a career, although he would have liked to play on. But after three injury-plagued years, two of them at FC Barcelona, the Czech legend opted to end it all now rather than punishing his body any further.

It all started in 2013/14 – a season with the most spectacular title race in the history of the DKB Handball-Bundesliga.   Back then Rhein-Neckar Löwen led the league most of the time, but mighty THW Kiel wasn’t interested in just handing over the championship trophy, not without a fight.  In a furious finish, a two goal difference determined the German champion – THW Kiel.

The “Zebras” had won the league title once again, also thanks to an outstanding leader, Filip Jicha.  He embodied the will and power needed for this wild comeback.  But the Czech paid a heavy price as he injured his ankle, an injury that should have shut him down for the remainder of the season but club and player decided otherwise.

Now, more than three years later, we probably know that he traded this championship for an extended career at the top level.

On top of his health issues came some ill-advised investments, that caused additional pain ultimately leading to his departure in Kiel.  In the summer of 2015 he joined FC Barcelona, but the end at Germany’s number one club was not the way he had envisioned.   He was the perfect captain and the true face of the club. But towards the end, almost everything went wrong.

It’s all a real shame, because Jicha is one heck of a person.  He’s extremely gentle, nice to talk to, and very humble. To be honest, it’s almost impossible to say anything negative about him. And on the court he was a force.

In 2007, when he made his move from TBV Lemgo to Kiel, it took him just one season to fit in and take over. Quickly, he came to represent Kiel bedrock.  On the pitch he was found everywhere – in offense and defense – blocking shots, scoring on fast-breaks and leading by example.

One of his most amazing accomplishments has probably been winning the award as the “World’s Best Player”, in 2010.  Surprising, as the Czech Republic is not what you call a handball powerhouse – certainly not on the national team level.  That year he also won the Champions League, leading the competition in scoring, just as he did at the EHF Euro in Austria, where his team finished in eighth place.

Thinking of his prime years, I wish he had followed his doctor’s advice back in 2014.  That way he may have retired as a player of THW Kiel – not this summer, but next year or in 2019.

He still is considered a club legend by many although, for me it doesn’t feel the same.  And I wonder how he’s perceived by the fans of Kiel, today?

On the other hand, I’m sure Jicha is not done with handball yet.  He knows the sport too well, to say “good-bye” forever.

Kiel is still struggling to find a successor with the standing of a Filip Jicha.  Wouldn’t it make sense if he re-joined the club as sports director, for example?

Thorsten Storm, the general manager of THW Kiel, knows his stuff off the court, but many people, in and around the club house, are not convinced that he is the right man who has what it takes, guiding the organization in a bright future, once again.  Could Jicha help?  I’m sure he could. Would he be accepted?  Absolutely!  At the same time it would feel right, a “coming-home” of sorts.  Will it happen?  Well, I’d bet on it.