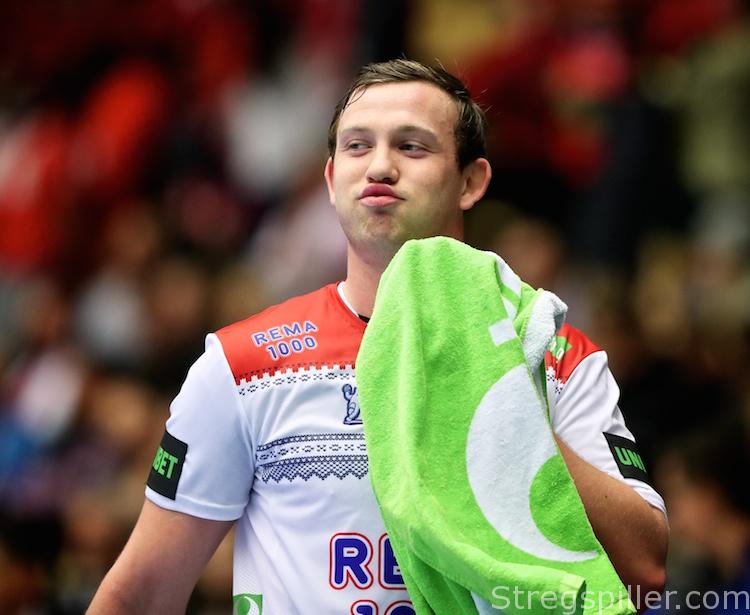 MATCH REPORT – Norway did what they had to do – defeat Tunisia in their first match of the 2019 World Championship.

Still, it took some time before the Scandinavian title contender created the difference between the two teams.

Missing one of their most important players – right back Amine Bannour – Tunisia were even more dependent on their biggest star, Wael Jalouz.

Could he save the North Africans against Norway – a team that’s widely considered to be one of the favorites to win the whole tournament?

Make no mistake, Tunisia have plenty of World Championship experience, after all they have been there eighth times in a row. But, Norway were not only the more experienced team, but the better squad as well.

It was a day of the surprises at the World Championship. Angola defeated the 2017 World Cup finalist, Qatar, and Argentina took a point from Hungary but Tunisia fell short.

The North African hung in for parts of the match, but in the end, Norway was too much to handle. The Scandinavians did what was expected and despite a few weak periods, they showed that they will be a serious competitor for the title.

Coach Christian Berge must be happy that all the questionable players, who just returned from injury, appeared to be in good shape.

Surprisingly, Tunisia did not start with a more forward oriented defense, a tactic we have grown accustomed to when watching North African teams.

Instead, they stayed in a 6-0 formation, but it not cause Norway much trouble. Case in point, Magnus Jøndal who scored six goals on six attempts in the first half already.

Tunisia were able to follow Norway until 6:6, but five straight goals (11:6) effectively took Wael Jallouz & Co. out of the game lead.

Before the break, goalkeeper Torbjørn Bergerud had done great but in the second half he even stepped it up a notch.

However, Tunisian launched a mini-run, outscoring Norway 4:2 and reducing the gap to three goals (20:17) only.

But, the Tunisian players did not have the power to inflict more pain. In the 10 minutes that remained, Norway’s physical strength made the difference.

A 10-goal difference – still the score could have been higher as Tunisia faded quickly.

A surprisingly large number of Tunisian fans – between 200 and 300 – added quite some noise and enthusiasm, as did the many Norwegian supporters, in Boxen Arena that was only half filled.

“The fast breaks were the key to this match.

“We managed to run some fast breaks, but in general, we were not god enough to stop Norway’s pace.

“It was also a handicap to play with one player less for long stretches in the game.

“Now, we have to make the best of the 20 hours we have to recover before the match against Denmark – yet another fantastic opponent, just like Norway was.”

“We got off to a fine start, but still not good enough to get us a big lead – something we were aiming for.

“In the second half, we allowed Tunisia to get too close for comfort, but a timeout solved the issue. In the 15 minutes that remained, we were able to remove any doubt.”

Tunisia have less than 22 hours to prepare for their next match, against the Danish host who enjoyed an extra day of rest.

Norway have even less time to recover before their next assignment, as they’ll be playing the second game on Saturday.  However, their task will be considerably easier as they face Saudi Arabia .

Actually, it’s the ninth time that Saudi Arabia participate in a World Championship, but so far they never managed to finish among the 20 best teams.

The fact that they qualified so frequently probably says more about the level of play in their part of the world than reflecting their own skills.

For Austria, it was a nice revisit to Herning, where they reached the main round at the European championship back in 2014.

Austria took the expected clear win, and the favorites were never in trouble, even though Saudi Arabia managed to reduce the distance to three goals at 18:15 and 19:16 a couple of times.

In a match like the one against Saudi Arabia you would expect the Austrian wing players, Raul Santos and Robert Weber, to play a decisive role but to no avail.

Instead, Austria’s back court took the lead, where Nikloa Bilyk stood out. With seven goals on nine attempts, the 22-year-old THW Kiel player was the dominating shooter in the game.

What was Hassan Aljanabi thinking when he tackled a wide open Robert Weber with 35 seconds to play?

The insane act earned the Saudi Arabian player a well-deserved red card, which could have been blue – easily!

What can they achieve?

Saudi Arabia certainly do not look like the weakest link in Group C. Despite their clear win, Austria left no convincing impression, and the team of coach Patrekur Johannesson should be happy to reach the main round from third place.