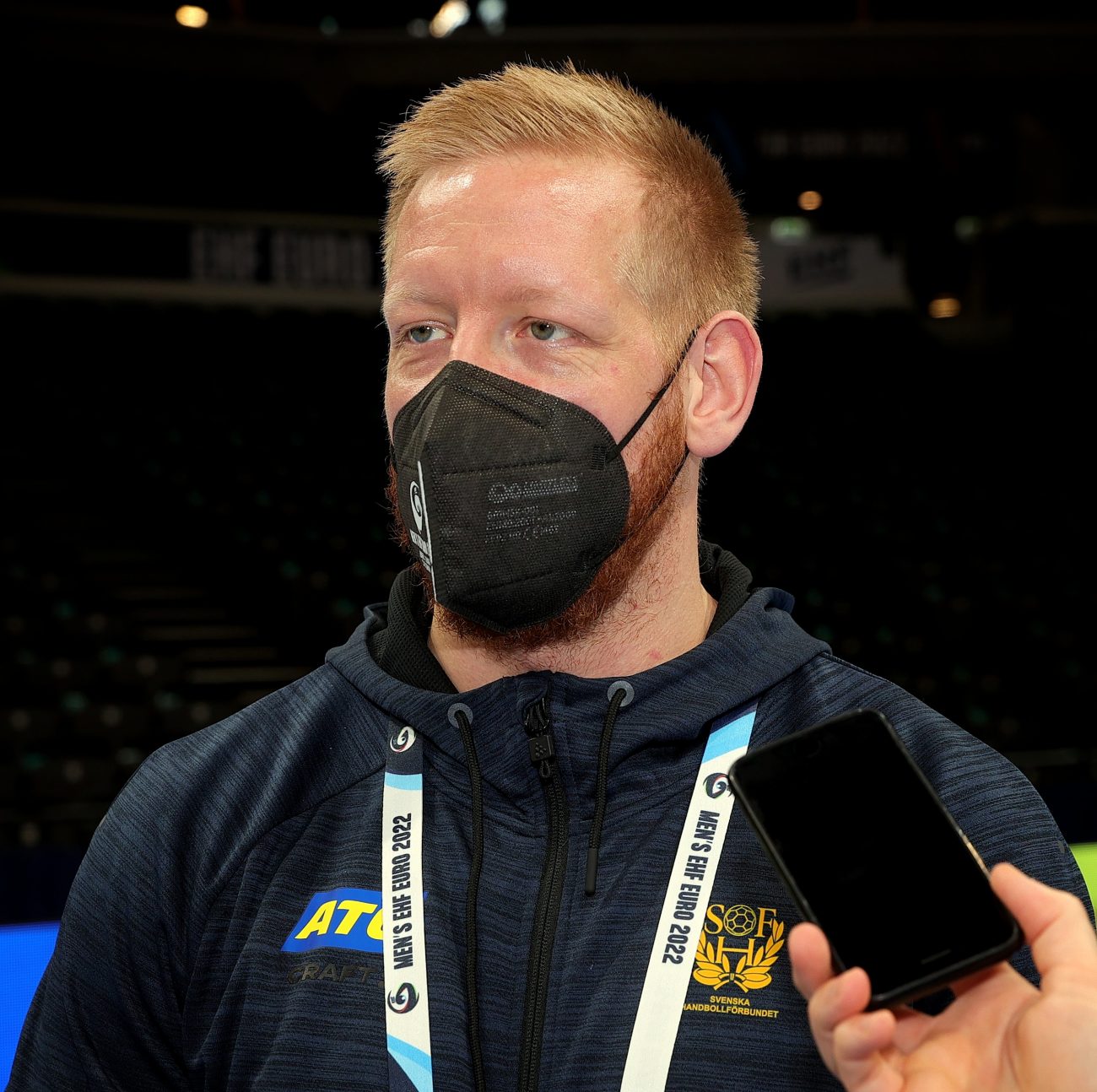 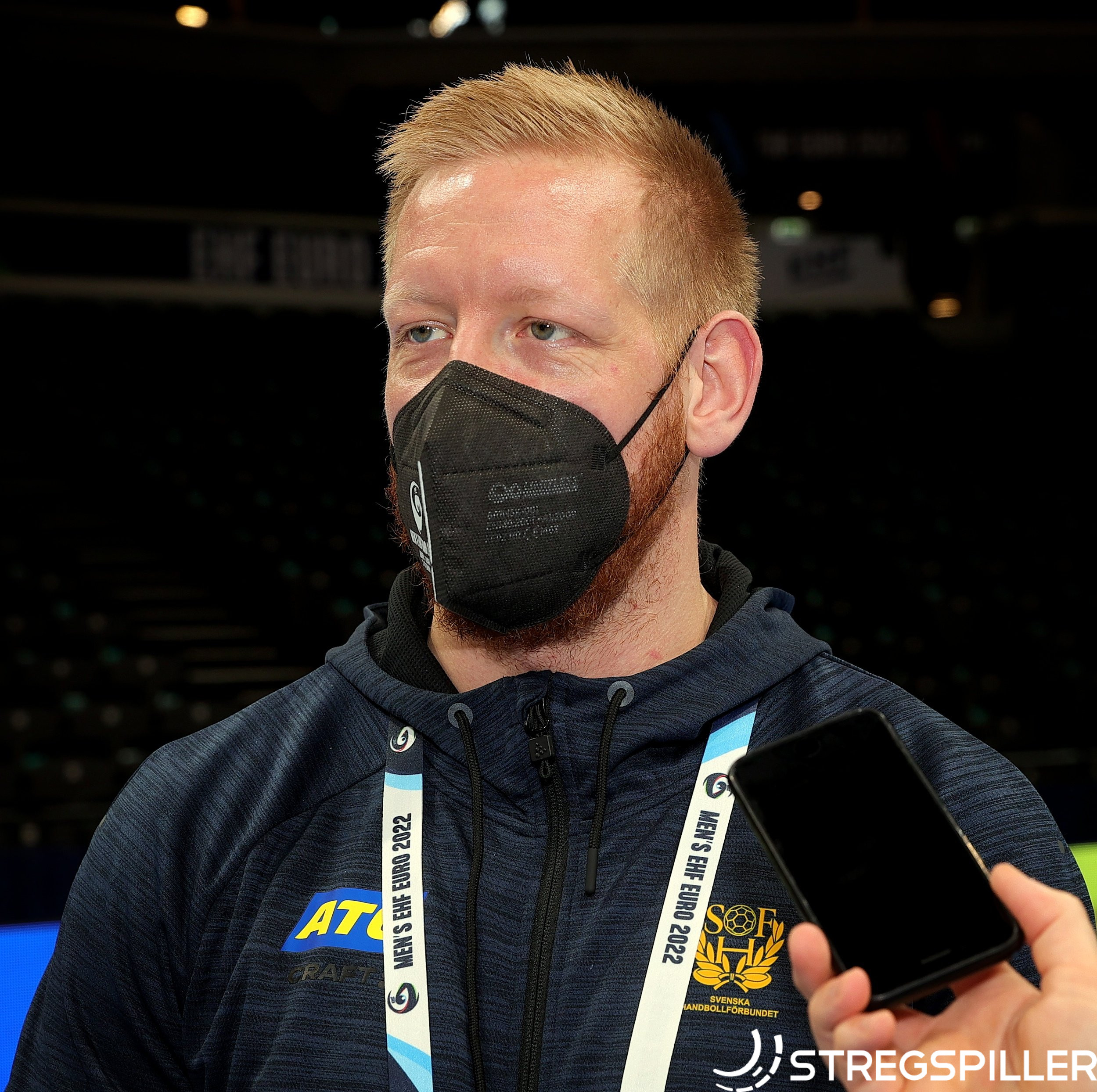 “It’s a thin line between heaven and hell”

Up next at the EHF EURO 2022, the dreaded match for 3rd place – the game that no team wants to place.  Yet the 2021 World champions and the reigning Olympic gold medal winners will face each other for a second time at EURO 2022 after their last main round encounter this past Wednesday.

Back then Denmark lost control during the last ten minutes of the game and France walked away as a semifinalist.  Many of the pundits were quick to conclude that it was the consequence of an ill-advised coaching decision –  Denmark’s Nikolaj Jacobsen had decided to rest his star players (Hansen, Gidsel, Saugstrup) for this match.

Now, he will get a second chance to silence the critics in what’s considered the “small final”.  Denmark’s defense specialist Hendrik Mollgaard puts the semifinal loss against Spain into perspective.

“We have to show that we can rise after a tough defeat”, and he adds that “it is the match that in the first 10-15 minutes nobody wants to play, but thereafter everybody wants to win.”

His teammate, Rasmus Lauge, further expands that he “wants to return with some hardware to Denmark”, reflecting the publics expectations back home.

But, so does Aymeric Minne (France), one of the revelations of this European championship.  The 25- years old, who plays his club handball in Nantes, is convinced that France will beat Denmark one more time.

Passing of the torch

Minne is one of the players who exploded on the scene, especially his performance in the semifinal match between Spain and France will be remembered beyond EURO 2022.  From the sidelines it felt like witnessing the passing of the torch in real time.

Here the veteran – the handball player who most consider the best one of all times – Nikola Karabatic and there, Aymeric Minne, who literally took matters in his own hands and carried “Les Bleus” in the second half of the semifinal, scoring all 8 of his goals within the time span of thirty minutes.

During the Q and A session, he remains modest and stresses the team effort, but acknowledges his own accomplishments in his first major competition.

“I did have some ups and downs during this competition, but overall I think I will be a better player after this tournament.”

“We won’t quit no matter what”

After the game for the bronze medal, the main course of this championship will be served – the final between Spain and Sweden.

Sweden’s captain, Jim Gottfridsson, puts the qualities of his team into perspective ahead of the grand finale.

“As a team we know that we won’t quit no matter what the score says. It shows the character of this squad  and the belief we have in our overall concept and system. In the semifinal we were in the lead for most of the time and in the game before we came from behind and won – of course, it shows our strength.”

His significant role shines through during time outs as well, when more often than not head coach, Glenn Solberg, relies on Gottfridsson to make the next tactical call during the one-minute breaks.

“I do have a good sense of what details we could improve on during a match – Glenn (Solberg ed.) allows me to assess the situation and find the right solution.

Ahead of the last match at EURO 2022, Jim Gottfridsson feels very comfortable, as he points out.

“I very happy and I feel secure in assuming this role.  It’s the result of all the experience gained in so many tight games over the past years. I feel the support and that the team is behind me, but I also know that there is a thin line between heaven and hell.

“If you take a lot of decisions there’s always a chance that things can go wrong as well and you can feel lonely quickly  Everything has worked out well until now and that makes me very happy, of course.”

“The final match will be very, very tough – Spain is a team that makes very few mistakes.  Take their game against Denmark (the semifinal ed.).

“It felt like Denmark was in full control during the first half, yet Spain was trailing only by one. This was a typical Spanish match – it looks like they are not doing well, but all of a sudden they take the lead and play the final.

“I have a lot of respect for this team and their accomplishments over the past few years.”