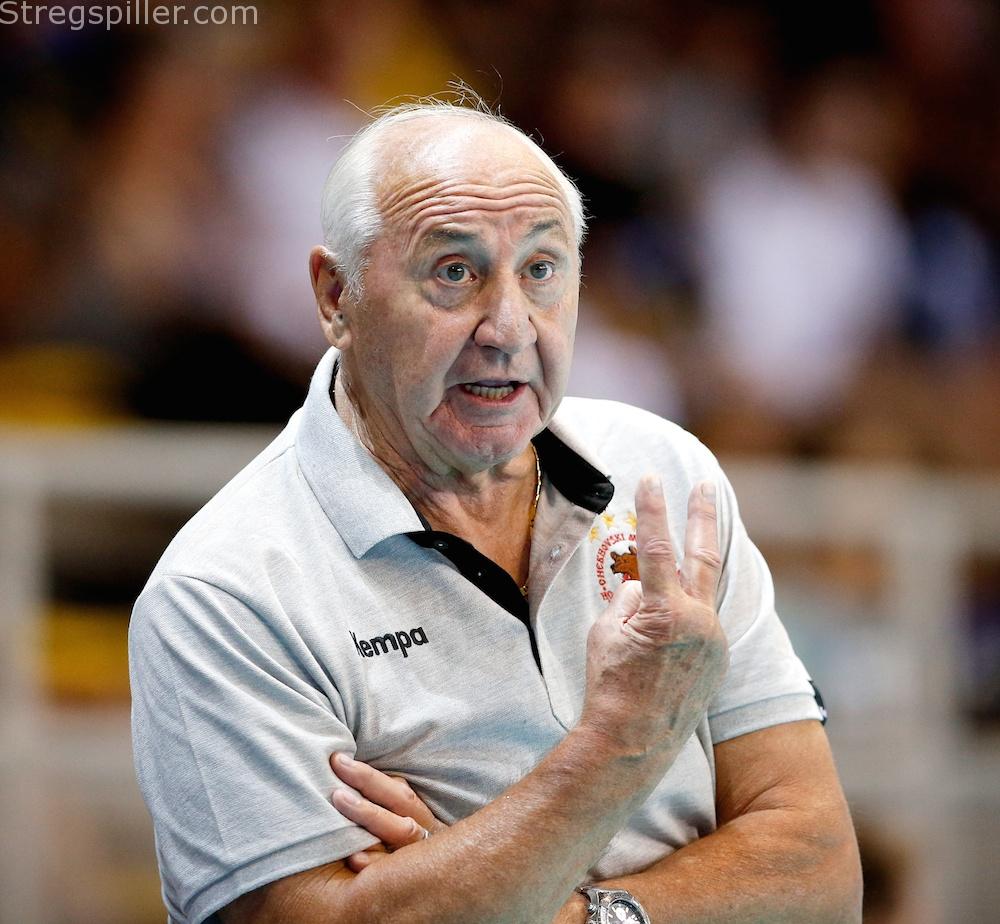 “It’s not so difficult to win the Champions League”

As some of Europe’s top handball teams have once again chosen the competitive Eurotournoi, in Strabourg, to prepare for the upcoming season, we had the chance to talk with the legendary head coach of HC Chekhovskie Medvedi, Vladimir Maximov – the only coach, next to Claude Onesta (France) to have obtained the three titles of European-, World- and Olympic champion with the national team.

Already back in 2010, the Russian champion, took part in the EHF’s inaugural FINAL4, in Cologne.  Thereafter, like so many others, the club felt the impact of the spreading financial crisis and the team suffered.  Today, coach Maximov is rebuilding a squad made-up of only Russian players.  In the 2019/20 season, fans will be able to witness a young and exciting team in Group D of the VELUX EHF Champions League. In this interview he talks about the burden of a “favorite”, the state of Russian handball and what it takes to win Europe’s premier club event.

What is your objective with HC Chekhovskie Medvedi for the 2019/20 edition of the VELUX EHF Champions League?

Let me first say this – our team includes only Russian players. Having said this our first objective is to be one of the two teams, which will move on to the next Champions League round.

Which club do you consider the favorite to lift the trophy at the end of the upcoming VELUX EHF Champions League season?

For me the victory of Vardar Skopje, in June of this year, was very surprising and strange because Paris and Barcelona were the clubs that were supposed to win the Champions League, but they did not. Instead Vardar succeeded twice in the past three years!  It’s very difficult to pick favorites in this tournament.

What does it take for a Russian team to win the VELUX EHF Champions League again?

There are several aspects to answering this question. For one, we do not do a good job working with our youth and junior players in Russia. Today, there are not enough players who emerge from our handball schools that will join the clubs – the quality is just not there.

These days, a 19-year old Russian handball player does not know the “ABC of handball”, whereas in the past, I worked with 21-years olds who had the quality of Olympic champions.

Take Andrey Lavrov (the legendary goalkeeper, three time Olympic champion and Russian “Handball player of the Century” ed.) – at the age of 17, he was at the top in our men’s team but that’s not the situation with our young players, today.

In the very first FINAL4 in Cologne, where Chekhovskie Medvedi participated in 2010, we also had more money available, but later on as the effects of the financial crisis spread, it became a real problem. Thereafter, I could not assemble the same quality team anymore. You do need a base from where to build a successful squad.