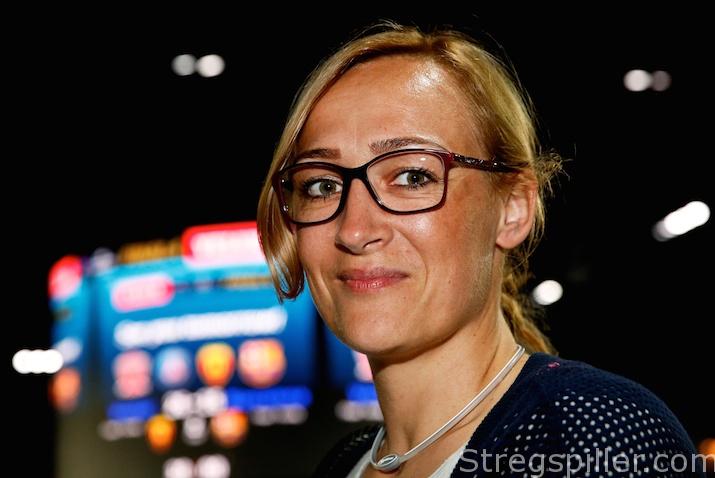 “It’s just the best of everything”

The VELUX EHF Champions League FINAL4 does not only showcase the best handball in Europe but it attracts many of the best (former) players as well.

stregspiller.com spoke with a deeply impressed Jelena Eric – Rakonjak, one of Serbia’s best handball players,  about her first time at Europe’s premier handball event on the club level, in Cologne.

Jelena ended her international career after winning the Vice-World championship, in an epic final against Brazil, on home ground, in Belgrade, in 2013.

Is this your first time at the VELUX EHF Champions League FINAL4?

What are your first impressions?

I am totally impressed by the organization of the event and the many great players, spectators and fans. Of course, there is fantastic handball to be seen as well. It’s just the best of everything.

Are their any players that stand out after the initial rounds of play?

Actually, there are quite a few players that deserve mentioning. First, Vardar – I noticed Vuko Borozan. And in the second half especially, Alex Dujshebaev and Arpad Sterbik come to mind.

In the first semi-final, I really think it was a true team effort. Paris has so many great individual handball players. It’s difficult to single out names.

Any predictions which team will win the final match on Sunday?

(Laughing) OK – let’s see. Of course, it will be an amazing final and my prediction will include extra time. My favorite in this match will be Vardar, I have to say.