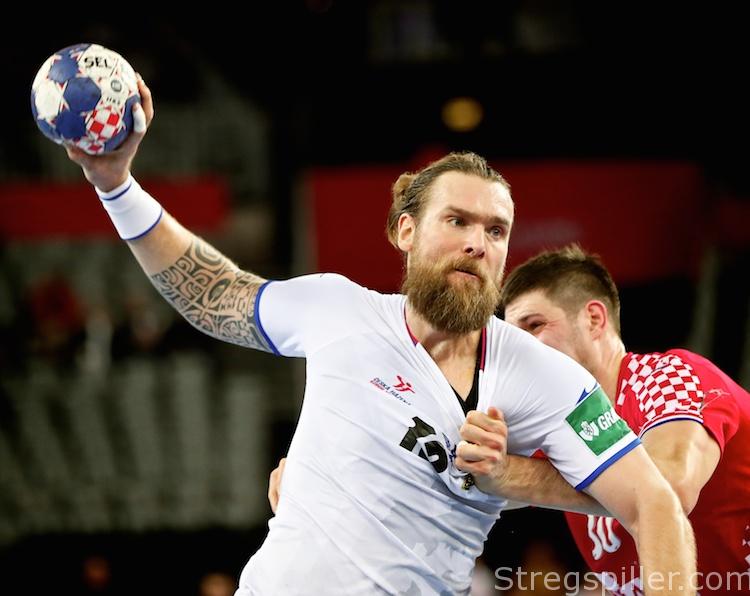 “We just kept believing in ourselves”

INTERVIEW – Pavel Horak, the grand old man of the national handball team of the Czech Republic explains his squad´s surprisingly good performance and sixth place at the 2018 European championship.

“Our team spirit was the key factor.

“There is really no secret behind our success. We just kept believing in ourselves and in each other.”

These are the words of Pavel Horak, the 35-year-old veteran on the national team of the Czech Republic, explaining how his team managed to spring a surprise at the 2018 European championship and reaching an impressive sixth place.

He openly admits that it was not exactly what he expected, when the Czechs started their EURO campaign by losing by as much as 32:15 to Spain.

“Definitely not expected, but we stuck together and continued playing as a team.

“We could have even won the match for fifth place instead of losing 27:28 against Croatia, but the host got a bit more “help” from the referees than they should have received.

“However, we managed to shake the home team and we are satisfied with it,” Pavel Horak tells stregspiller.com.

After the aforementioned defeat against Spain, the Czechs came back in style, defeating Denmark 28:27.

“We had no one to rely on apart from ourselves and that’s what we did.

“Even when we went down by three or four goals, we kept fighting and believing in our project and then, when we cut the deficit to one, we noticed that our opponents began shivering,” says Horak who is well aware of his role as one of the most experienced players in the Czech team.

“My main duty is to strengthen our defense formation and tie it together – and on the other side of the court provide a bit of stability to the team.

“Apart from that, I make our many young players feel at home. That is my role,” says Pavel Horak who plays for Belarusian champions, HC Meshkov Brest.

He sees a bright future for Czech handball on the national team level.

“Hopefully, players do not quit the national team, but why should they, now that things are going so well?

“We will have to see as much will depend on how many of our young players develop further and how hard they are willing to work – our team certainly has great potential,” he finds.

He also assigns a lot of credit to the coaching duo for the impressive performance of the Czech Republic – his former national teammates, Daniel Kubes and Jan Filip.

“Actually, you can say that they are the two most important factors.

“They have given our team a cause, so to speak. The have added a dimension to the game that suits us very well.

“The two (coaches ed.) have made sure that each and every player knows what to do and when to do it.

“Without the two, we would not be where we are now. They are really great coaches and great individuals,” says Pavel Horak, who is also ready to give it a year or two more in the national team.

“At the moment, I have no idea how long I am going to continue, but I’ll stay on as long as my body allows it.

“I still have a year and a half left on my contract in Brest. After that, we’ll have to see,” concludes Pavel Horak.