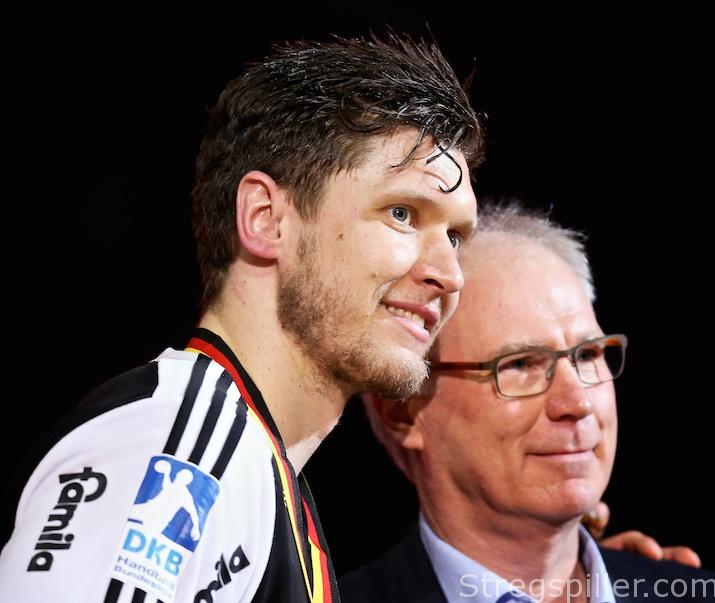 “We just do not play for a quarter-final”

INTERVIEW – Only the FINAL4 is good enough for THW Kiel, states Danish goalkeeper, Niklas Landin, who identifies qualifying for the 2018/19 Champions League as the other big objective for his team, whereas, the 2018 German championship is almost out of reach, he realizes in this exclusive interview with stregspiller.com

The 2018 European championship is long gone and players are back practicing in their respective clubs, where new challenges await.

For most of the players in Germany’s Bundesliga, the spring season begins Thursday, while for three of the clubs, the Champions League group phase resumes this week.

One of the teams that’s focusing on the Champions League as well as Bundesliga, is THW Kiel, and for them, the second half of the season already starts on Wednesday, when Veszprém will be visiting Sparkassen Arena.

Kiel are currently ranked fourth in their group and are all but assured to proceed to the knockout stage.

“Actually, we are more focused on qualifying for the Champions League next season, and it means that we’ll have to finish second – at least, that’s the way things look right now.

“Of course, if some of the other teams fail, we will be ready to take our chance, but qualifying for the Champions League is our main objective.

“Not reaching the Champions League would be a disaster for Kiel,” the team´s Danish goalkeeper Niklas Landin tells stregspiller.com.

Good chances in the Champions League

In the ongoing Champions League season, things look somewhat better for Kiel, compared to the situation in the Bundesliga.

Before the group phase officially resumes this coming weekend, Kiel’s “Zebras” are fourth in Group B, seven points behind the leader, Paris Saint-Germain.

“Our chances in the competition are fine.

“A few matches are yet to be played and we are in fourth position, a spot we very much would like to occupy by the time the group phase is over.

“The last time we finished fourth in our preliminary group, we reached the FINAL4.   We also know that no matter how we enter the Round of Last 16, we’ll be meeting strong teams in the knockout phase.

“The other group is completely open as well.  So, it is impossible to figure out who we will battle from this group, as it includes five or six very good teams.

“Actually, you could say that it does not really matter if you finish second or fifth, if it wasn’t for home court advantage in the Round of Last 16, if you are at least fourth,” says Niklas Landin.

Only the FINAL4 will do

It has been two years, since Kiel’s last appearance at the FINAL4 in Cologne.  Back in 2016, it was Landin´s first FINAL4 all together.

“It was really fun to be part of the FINAL4, two years ago.

“Apart from the fact that we did not achieve what we would have liked to as a team, it was a great experience. It is a huge event, that any handball player wants to be a part of.

“Once you were there, you want to go there again – obviously it would be great for me to go back.

“Right now, the FINAL4 may seem far away, but once you are in the Round Last 16, you are only two rounds away from Cologne.

“It’s obvious that I am thinking of the tournament already, and besides qualifying for the Champions league next season, reaching the FINAL4 in 2018 is our main objective.

“We just do not play to reach the quarter-final.

“If that was the case, we may as well stop playing after the group phase – we certainly aim for the FINAL4.

“We will have to see what kind of opponents we’ll meet along the way, but I think when we play our best, and play freely, we can beat all of them,” finds Niklas Landin.