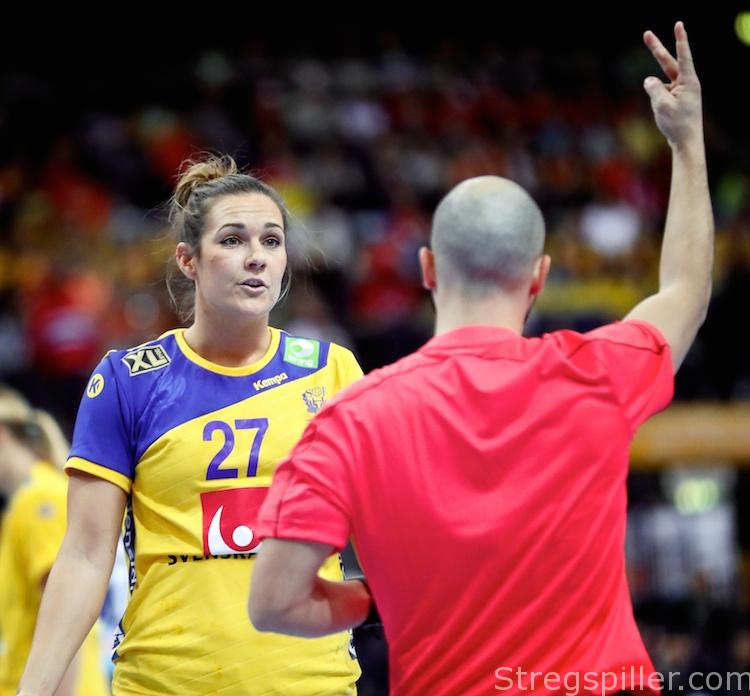 Two debatable decisions of the referees towards the end of the semifinal against France, may have cost Sweden a gold medal match at the 2017 World championship.  France moved on and will get a chance to play Norway for the title, on Sunday. However, Sabina Jacobsen, the long-time defensive specialist of Team Sweden, didn’t want to blame anybody else.

You had a slow start to the game then you came back but somehow you lost it in the middle of the second half. What happened?

SJ: Actually, I don’t really know what happened, but I think France played a slow attack and then we adjusted to their tempo.  This aside, I think we had a lot of energy, we were playing very well in defense and we performed a number of fast breaks. In the end, the score was tied (22:22), and we had a lot of opportunities to win the game, but France took it instead.

Did I understand correctly – the game was to slow for you?

SJ: I don’t know, but it really felt like France took the tempo out of the game. They played long attacks and we spent quite some time in defense . Maybe we were impatient.  I think we played well in defense, we had some problems with the lineplayer at times, because we got penalized immediately when we touched her, but that was the same for France. They also played with a player less when they touched our lineplayers.

As you only play defense, how did you experience the two offensive fouls in the last two minutes against your team? To me both calls were mistaken.

SJ: Yes, I agree. Today, I think the judgment of the referees was different.  It was not the same like it was before.  Before we could attack a bit more, but today they didn’t allow anything.  I better don’t talk about the referees – we need to regroup up; the game on Sunday will be won by the team that recovers faster.

As you just said, now you have to collect yourself again as you can still win a medal.

SJ: Of course, now we are going to re-focus back and hope that we can win the bronze medal – it’s very important to us.