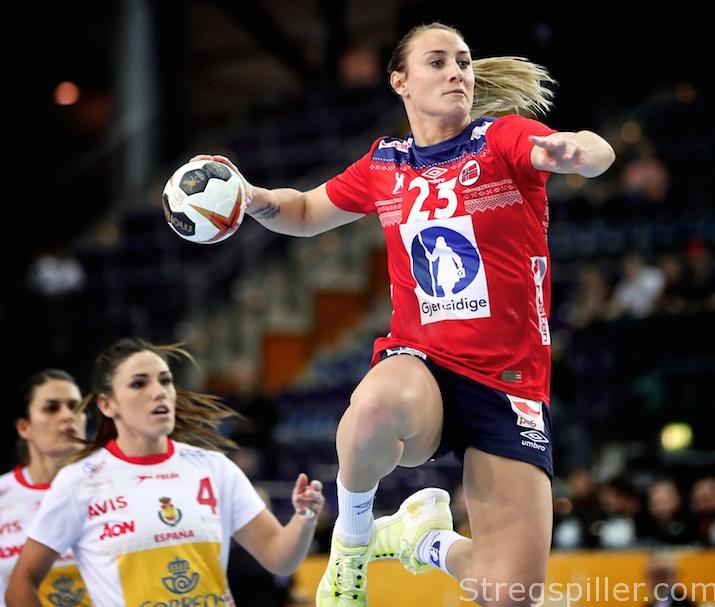 Camilla Herrem is one of the veterans on the Norwegian team, but when you talk to her you get the feeling that she doesn’t get tired of winning. In fact she is quite hungry to add to her trophy collection and after Norway’s performance against Spain, at World Cup ’17, in Leipzig it looks like more precious metal is quite close.

Congrats to you, Camilla, it looked rather easy. What’s your take on the match?

CH: Our defense was very good today. We also have some very fast players in our attack, so all in all, it was a really good performance from our side.

When I see Norway play, it seems as if you can only beat yourself – you are almost unbeatable.  You are the top favorite, there should be no doubt about it!

CH: I hope so!  No, I think we have a good and strong team, but you could see against Sweden if we just drop by ten percent or so, we are at the same level as some of the other teams.  That’s why it will be a very tough game against Russia.

Recalling the game against Sweden, what did go wrong there?

CH: Actually, I think that Sweden fought more than us during those 60 minutes. They put on a very good performance – it was a hard game and they did a good job. We have to keep our focus as high as possible to avoid such scenarios in the next games.

Russia, your next opponent is the reigning Olympic champion. What do you think will be the key to leave the court as winner?

CH: It’s going to be a very difficult match, we know the players so well.  We are well aware what they are capable of and that’s quite a bit. We have played against them many, many times and it will be a very physical game. We just have to play very good in defense and run, run, run.