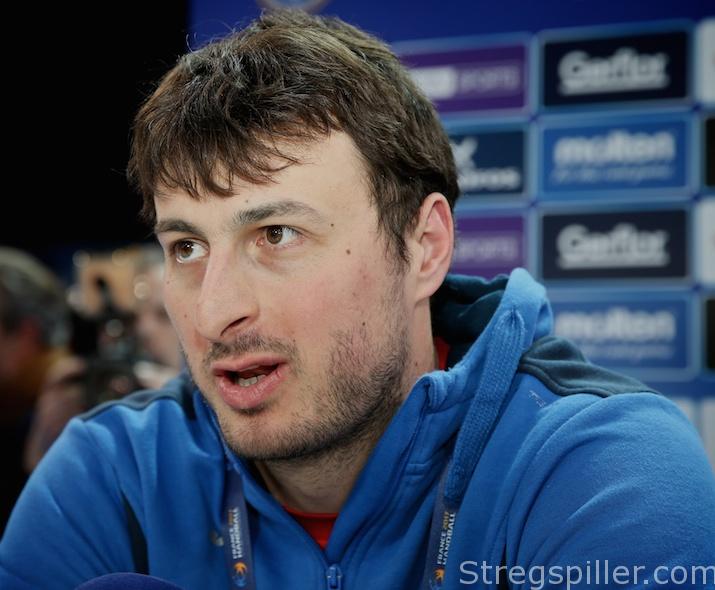 MATCH OF THE WEEK, GROUP A – The 27:27 draw between Kiel and Barcelona may not mean a lot to the ranking in Group A, but it must work wonders for Kiel´s morale.

Barcelona were trying to keep Paris Saint-Germain behind in the race for the group win and the right to skip the round of Last 16.

Kiel still hoped to advance from fifth to fourth position, finishing ahead of their North German rivals, Flensburg.

Furthermore, Kiel, were seeking revenge for the narrow 25:26 defeat at Palau Blaugrana on October 1st of last year.

Two of Barcelona’s players were returning to their former home turf -the Sparkassen Arena – Filip Jicha and Wael Jallouz.

Many of the proverbial experts had THW Kiel’s 2016/17 already written off.

The prestigious club from the north of Germany seemed to be out of the race for the German championship and only ranked fifth in their Champions League group after last round´s humiliating 21:24 home defeat against Silkeborg.

But this Sunday night, the “Zebras” struck back.   In a brilliant match of handball, they were trailing most of the time.  Yet, in the end they managed to get a draw against the leader of the group.  Young Nikola Bilyk beat the buzzer and secured his team one important point.

Barcelona seemed to steamroll Kiel from the start of the game.

After nine minutes, the visitors were leading 5:1, benefiting from Kiel’s hasty attacks.  Quick releases and poor decision-making characterized the home team´s offense in the opening phase.  Barcelona took full advantage of the many German mistakes.

“No problem, lads. We´ll fight ourselves back into this game,” said Kiel coach, Alfred Gislason, in his first timeout.

His words worked at first, as his men did not need many minutes to reduce the score (5:4).  Two penalty saves of Niklas Landin helped the hosts a great deal.

On the other end of the court, Kiel´s attack was boosted, when their young guns came on – Lukas Nilsson and Nikola Bilyk.

Their arrival did not exactly slow down Kiel´s offense.  Neither Nilsson and Bilyk nor a number of great saves by Landin were enough for the home team to catch up with the Spaniards.

Barcelona were simply too efficient in a well-played, first half.

After a wild start, the second half soon reached the quality of the first 30 minutes.

As before, Barcelona were constantly leading between one and three goals.  Andreas Wolff had replaced Landin in the goal of Kiel and de Vargas was briefly substituted for Borko Ristovski.   But despite several outstanding saves by Wolff, the goalkeepers could not put their stamp on the game.

But Kiel´s fighting spirit did.

With a quarter of an hour left to play, Barcelona appeared to be in control, leading by two goals 22:20.

However, young Nikola Bilyk, who was completely unimpressed by the stars, he was up against, equaled the score for the first time since 1:1, when he made it 22:22.

Timothey Nguessan had just increased the score at 27:26 for the visitors, before Bilyk´s buzzer beater earned Kiel a well-deserved point.

Nikola Bilyk is my man of the match.

On top of scoring four goals on four attempts, he added pace to Kiel´s offense and he kept a cool head when firing his last shot, securing the tie.

And as so many times before, they were of great help when their team got into trouble.  Their cheers “THW, THW” were roaring through the arena again and again, and in the end, the fans were rewarded for their relentless support.

As mentioned at the beginning, the result did not change a whole lot to the group standings.

Barcelona are still on top of Group A and will need a home win against Wisla Plock, on Saturday to seal the deal.

Kiel are still number five and that is where the club will finish the group phase, in all likelihood.

However, the effort and reward against Barcelona must have boosted Kiel’s morale tremendously, following the many disappointments over the past weeks.

Paris Saint-Germain kept their hopes for a group win alive, succeeding 29:25 on the road against Plock.