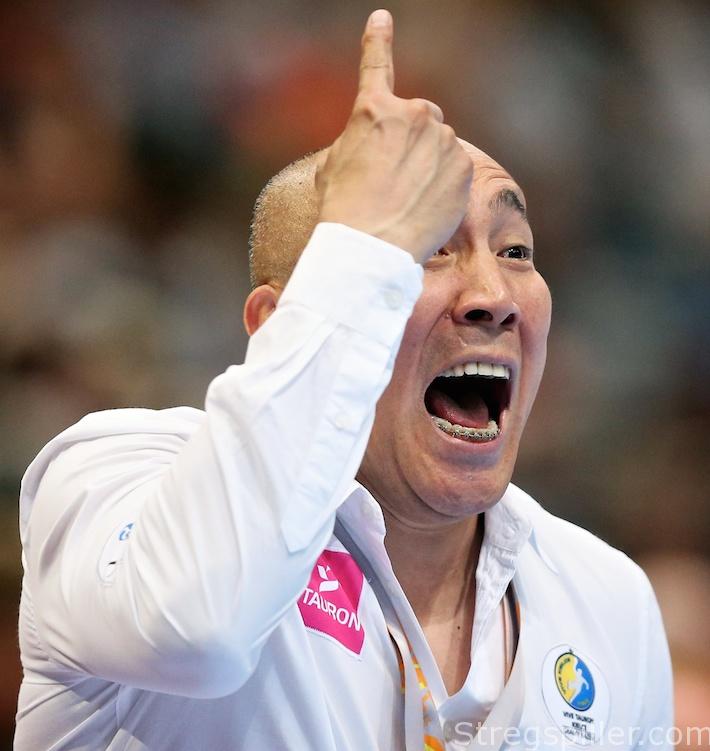 Kielce overcome trouble and keep up with top teams

MATCH OF THE WEEK, GROUP B – Kielce were in trouble for large parts of their home game against Szeged, but a strong last quarter of a hour secured them a crucial win

Kielce were in third position, two points behind Rhein-Neckar Löwen in second position and three points behind HC Vardar, the leader of Group B.  Szeged were fourth, trailing Kielce by one point.

Both teams came off fresh defeats in their most recent Champions League appearances.  Kielce lost 34:33 on the road to Celje, and Szeged surrendered both points at home against Vardar (21:23).

Kielce were still listing Tobias Reichmann and Mariusz Jurkiewicz as injured, while Szeged were missing goalkeeper Marin Sego. 18-year-old Martin Nagy was nominated as backup for Jose Manuel Sierra instead.

However, the ruling Champions League winners were struggling for a long time at home against Pick Szeged, to whom it was the last chance to hold on to the top.

Not until the last 15 minutes did Kielce manage to really take the initiative and decide the match.

Frequently changing between a 6-0 and pushing Jonas Källman forward in a 5-1 formation, Szeged caused Kielce some serious problems.

In fact, in the first part of the match, the home team was only able to score on counter attacks or when they found Julen Aguinagalde on the line.

After several two-goal leads for Kielce – due to the factors mentioned above – Szeged took over and had the advantage for the last part of the first half.

Once again, Stas Skube was a great playmaker, and in goal, Jose Manuel Sierra had a fine spell with several oustanding saves.

Szeged took the lead for the first time at 9:10, and kept it for the rest of the first half.

As a matter of fact, the visitors did not surrender their lead during the first part of the second half either.

Instead, they were ahead until minute 45.  Thereafter, they were not able to hold onto it all the way to the end, against a physically strong Kielce team that took advantage of their deeper bench.

Szeged enjoyed their last lead at 20:18.  That was before 4,200 spectators became even louder and Kielce scoring four goals in succession and turning the game in their favor (22:20).

Now, the home side was in the driver´s seat, and increased the score to 26:21.  And with barely five minutes on the game clock, the match was decided.

Usually, it’s hard for a line player to become Player of the Match, as he or she depends so much on proper support from the back-court players to deliver an excellent performance.

In this case, however, there is no doubt that the honors go to Julen Aguinagalde.

Scoring eight goals on eight attempts, the 34-year-old Spanish international did not only become top scorer of the match, the bulky line player also arranged for extra space for his fellow teammates.

It was too late to change the course of the game, but that did not make it any less beautiful.

With four minutes and a bit left, Sergie Gorbok – who said he can’t make creative assists – sent a pass from left-back position to Källman who caught the pass hanging in the air over the six meter area, sending into the far corner of the net, reducing Szeged´s deficit to 26:22.

Polish handball crowds are usually fantastic and frenetic and the audience in Kielce was no exception.

The 4,200 in attendance made noise through the entire 60 minutes and were a true “8th Player”.

Kielce made sure that we will see an exciting finish in Group B.

Trailing Rhein-Neckar Löwen by one point and Vardar by two, the defending champions are in a position to shape their fortune.

The will get their chance of a second straight win, when they visit Kristianstad on Saturday.

Szeged will have to focus on defending fourth place on the road, against Rhein-Neckar Löwen.