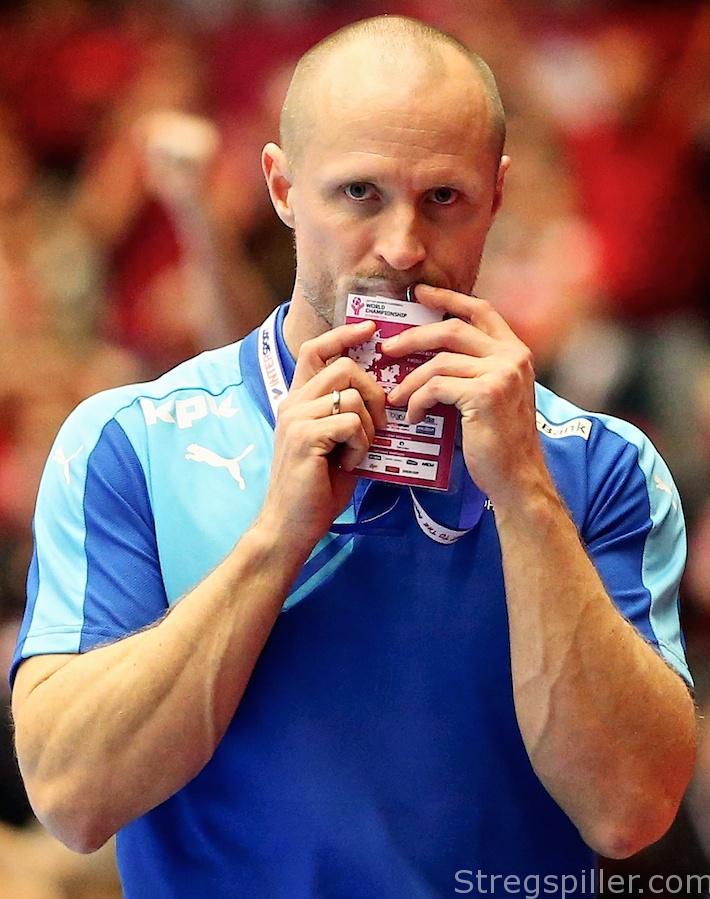 Is Klavs Bruun Jørgensen too strong of a fertilizer for delicate Danish flowers?

COLUMN – Danish women´s national coach Klavs Bruun Jørgensen could join his country s prime minister Lars Løkke Rasmussen in singing “Nobody knows the Trouble I´ve seen” this summer.  The question is, if Klavs Bruun is too strong of a fertilizer for some delicate flowers in the Danish women’s national handball team.

Denmark´s prime-minister Lars Løkke Rasmussen can look forward to a summer holiday with lots of worries.  The head of the country´s liberal minority government will have to think about how to integrate large number of refugees in his country, how to prevent more from coming, where to find a majority for his tax reform – and what a possible “Brexit” will mean for the Danish economy.

However, Løkke Rasmussen is not the only prominent Dane who may have a reason to sing “Nobody knows the Trouble I´ve seen” this summer.  In fact, he could form a perfect duo with women´s national handball coach Klavs Bruun Jørgensen.

The 42-year-old former right-back, who played 185 internationals for Denmark, is under fire as women´s national team coach.  A “leaked”, written, evaluation from his players has caused serious trouble for Jørgensen and has revealed a national team that continues to struggle with severe internal problems.

The assessment, which was drafted by the players after Denmark failed to qualify for the Rio Olympics, was made available to TV station, TV2 Sport, shortly before the Danes´ last qualification matches for EHF EURO 2016 in Sweden, later in December.

From the start of Klavs Bruun Jørgensen´s reign, players had to adapt to his idea of executing a more aggressive defense formation – something they were not used to whatsoever.  However, the new defense system was not even the main point of the criticism coming from the players.

Their analysis was tough reading for many of us – so one can only guess how Klavs Bruun must have felt.

“Not well enough prepared; unwilling to listen to his players; too dictatorial etc.”

These were only some of the accusations.  The fact that the statements became publicly known, caused the players of the national team to send out a joint statement, in which they emphasized that all of them stood behind their coach, that the questions had all been talked through, and that the entire squad had put the turbulences behind them.

Still, media was not allowed to conduct interviews with the players before or after their EURO qualifier against Turkey on Wednesday of last week.  Klavs Bruun Jørgensen was the only interview partner after the match.

This is far from being normal for the Danish national team, and the shaky performance in a narrow 26:23 win, after being down 19:21 with 12 minutes left, did not exactly leave an impression of a Danish crew that’s in perfect harmony.

And there was not much more openness from the squad before the last qualification game at home, against Portugal, on Sunday, which ended in a Danish 33:17 victory.

A press conference on Saturday was called off, allegedly due to limited interest.

This may be true, of course, as strange as it sounds but let’s give the Danish Handball Federation the benefit of the doubt.

Instead, media representatives got their chance to talk to the head coach and two players, Stine Jørgensen and Louise Spellerberg, after the team´s training.  Not exactly business as usual.

It is not the first case of unrest in Klavs Bruun Jørgensen´s short career as national coach of Denmark’s women handball team.

Not long after the World Championship on home ground, in December 2015, line-player Mette Gravholt was sacked by Klavs Bruun, after she had criticized him in public.

“The midwife of trouble had to go,” TV2’s editor, Dan Philipsen, came to realize in a column on the TV station´s website.

However, sacking the midwife apparently did nothing to stop more turmoil from developing, as the aforementioned evaluation so clearly reveals.

No doubt – it wasn’t an easy job that Klavs Bruun took over last summer.

Not only because it was his first job as a women´s coach, but also because unrest in the Danish women´s team is no new phenomenon.

When Denmark won their only medal in women´s handball within the last 12 years – the bronze medal at the 2013 World Championship in Serbia – it led to one of the most serious crisis between coach and players in a long time.

Along the way, then national coach Jan Pytlick changed tactics and contributed to the Danish success.

However, certain players felt that the tactical adjustment had reduced their role in the team, and this led to even more trouble – but it remained subdued, at least on the surface.

The Danish team was also in distress during EURO 2014 in Hungary and Croatia – this time coach Pytlick´s decision nominating the squad’s last player was in focus.  The episode contributed to Denmark finishing in eighth place – a disappointment that cost Pytlick his job, eventually.

After the “soft” approach of Jan Pytlick, a somewhat tougher character was needed to be in charge of this group of players that appear so hard to handle.

Sports director Ulrik Wilbek recognized the situation and analyzed it correctly.  In this respect, Klavs Bruun Jørgensen seemed like the obvious choice.  However, some people wondered, if he was too tough.

The shouting – or screaming – statement during a timeout as coach of Holstebro’s men’s team went around the world and made certain people second guess, if Denmark´s female handball players were ready for this kind of treatment.

Now it looks as if they were not.

There is no doubt – Denmark´s women´s team needed “fresh fertilizer”, but it seems that what they got was too strong for the delicate plants in the team.

He is sports director, Ulrik Wilbek´s, “invention” as women´s national coach, and Wilbek will not want to admit that he was wrong.  Not so soon, at least.

On the other side, it has to be conceded that Bruun Jørgensen´s positon is not strong at the moment.  Apart from the criticism, his results do not exactly speak in his favor.

Finishing sixth at the World Championship at home was a disappointment – mildly put.

Failing to qualify for the Olympics, despite having home court advantage, only added to the frustration.  And he does not get extra credit for taking Denmark to EURO 2016, ahead of nations like Turkey and Portugal.  After all, Denmark is only seeded in Pot 3 for Friday’s draw.

It is a big question, however, if any coach could have done better given the current talent.  At the moment, Denmark does not have a national team that can compete at the international top level of women´s handball.

Several players, journalists and fans have their trouble coming to terms with this fact, and this is just one more of Klavs Bruun Jørgensen´s problems.

However, the way I see it, here is the biggest problem: How did TV2 Sport get their hands on the “evaluation document”?   Obviously it was intended for internal use only.

The TV station has fine journalists and great researchers, but none of them are endowed with telepathic qualities – i.e. anticipating the drafting of such document.

Obviously only someone very close to the team; someone who was in possession of the evaluation papers was in a position to “leak” such information to the media.  It all boils down to a player or an official.

The only possible purpose of such act is to undermine Klavs Bruun Jørgensen´s position and working conditions.  He may not be fired, but when is the time that he realizes that enough is enough, and decides to leave the job by his own choice?

Klavs Bruun Jørgensen has been a success as a men´s coach, and he might also be successful as a women´s coach – in Russia, Romania or Montenegro.

In Denmark, he may be too strong of a fertilizer for the delicate plants in the women’s national handball team.