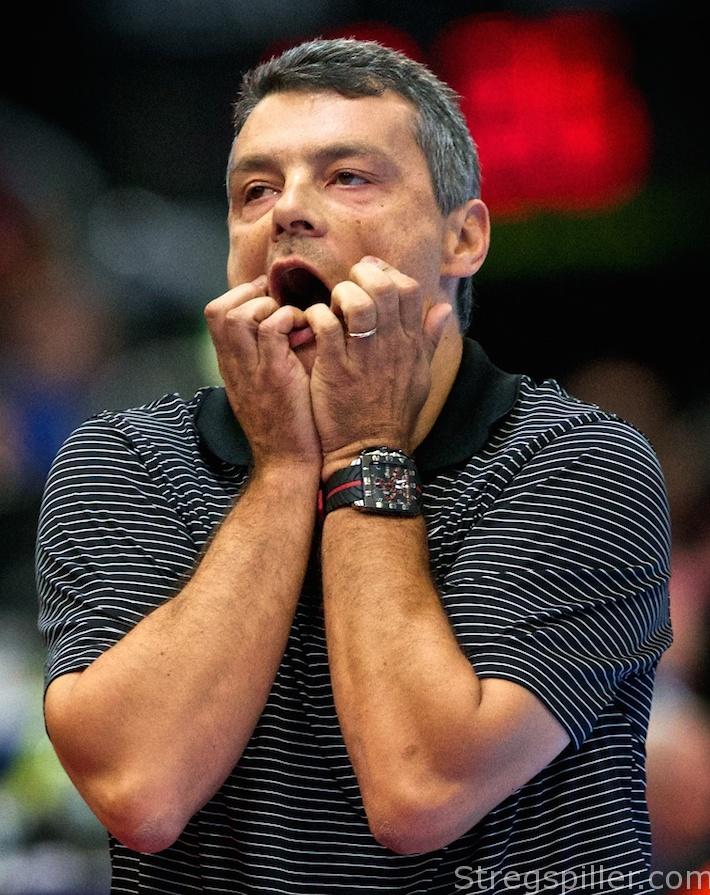 Klein and Landin allow Kiel to dream of FINAL4

Stellar performances of veteran left-wing Dominik Klein and goalkeeper Niklas Landin allowed a five-goal win for THW Kiel against FC Barcelona in the first leg of the quarter-final – a victory that could and should have been bigger, though.

As if Kiel did not have more than their “fair” share of injuries this season – an already bad situation turned into worse during the week, when Swedish right-wing Niclas Ekberg overstretched a muscle in his right calf, which called for a four week break.

Still, Kiel did manage to produce a team sheet with 16 names after all, but not with the same depth and quality as their opponents. To one player, the match was particularly special and probably emotional too.  As we probably all remember, Filip Jicha started the season in Kiel, where he played for so many years.

Now, the 34-year-old Czech star player is representing Barcelona and the game was his first return to the Sparkassen Arena, where he thrilled the home crowd so many times in the past.

The fact that Kiel were able to win by five was a surprise in itself.  However, the victory could and should have been bigger.  The North German side was leading by six goals a couple of times and towards the end, coach Gislason’s crew had the opportunities for an even larger margin of difference against a generally disappointing Barcelona who lacked speed and timing at both ends of the court.

It seems crazy that Dominik Klein is ending his career in Kiel after this season.  He and his wife will continue their career in Nantes.  But today “Mini” was outstanding in a first half that saw a dominating squad fromKiel.

The 32-year-old left-wing scored three of the first four Kiel goals.  All in all, seven times in the first half did the 10,250 spectators in the Sparkassen Arena have the opportunity to cheer “Hey Mini hey!” after a Klein goal.

Danish international Niklas Landin in Kiel’s goal was another important reason why the host managed to create a substantial margin of difference before the break.  Patrick Wiencek, in contrast, was still struggling – the 27-year-old line player was back from a long injury break and it was quite obvious that his timing was not perfect yet.

A clumsy action in Kiel´s central defense earned him an early two minutes suspension and generally speaking, Wiencek was not much of a help to his partner Ilja Brozovic.

Courtesy of Klein and Landin and a disappointing game of attack from Barcelona, Kiel had the upper hand during most of the first half.

Dominik Klein scored Kiel’s first goal in the second half, but apart from this shot and one additionl goal, he played a more modest part in the remaining 30 minutes.  Fortunately, it did not make much of a difference to Kiel’s attacking play.

Domagoj Duvnjak and Joan Canellas were ready to take over, while Landin continued at a high level, making brilliant saves at crucial times.  Kiel’s job was made even easier by the fact that Barcelona never really managed to make their attacking play flow. The visitors had particular problems in their left-back position, where neither Wael Jallouz nor Filip Jicha had much success. Therefore, Kiel dominated most of the second half.

A spectacular and possibly decisive goal by Igor Anic, when he “sneaked” in from the bench after a 2-minutes suspension, catching the ball without being noticed by Barcelona’s defense, running along the left sideline to make it 29:24 with 14 seconds left on the clock.

He only recently returned from a long injury break – Dominik Klein´s performance was simply outstanding and in close competition with Niklas Landin.  Still, Klein deserves the award as Player of the Match.

As much as we’d like to praise the 10,250 in the Sparkassen Arena for their way of supporting the team, it was not okay that at least part of them booed Filip Jicha.  He did not deserve that kind of treatment after all he has done for the club.

More of the same at Palau Blaugrana on Saturday evening. Will the five-goal lead be enough for Kiel?  This writer says no!

Barcelona cannot play so poorly twice in a row – especially not in Palau Blaugrana, which may even draw a capacity crowd?  But exciting it will be – for sure.