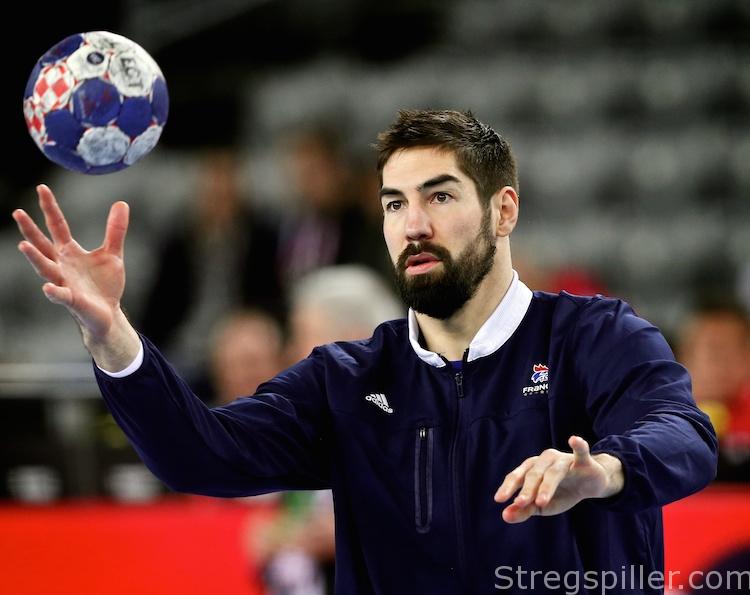 “We know how fast things come and go in handball”

Only a handball disaster could send France back home before the semi-finals of the 2018 European Championship.

Keep in mind, “Les Experts” may lose by seven against Croatia, tomorrow evening and still qualify as one of the final four teams in the competition.  But don’t count on any of the players to rely on the apparent “advantage”, certainly not Nikola Karabatic.

“This would be the best way for us to lose it.

“It’s going to be a very tough game tomorrow – the fans are going to put a lot of pressure on everybody. But I’m confident we’re strong enough to hold it,” says Nikola Karabatic.

The French center-back has seen it all now.  He’s one of the four players who played and won the World championship final in 2009, right here in Zagreb. Back then, his face-to-face with Ivano Balic became part of handball history, but tomorrow’s game will be very different from the one he played nine years ago.

“The stakes are not the same to begin with -it’s not a final. Ten years have gone by, and you can’t expect anything like revenge.

“Most of the players that were on the court back then are gone,” he says.

History aside, playing Croatia, especially in Zagreb, isn’t a game like any other.

“It can’t be.  You’re playing against Croatia, which is one of the biggest favorites of the tournament and the atmosphere here will be boiling.  There is a real sport culture here in Croatia, from Zagreb to the most remote villages – everybody backs the national team. In France, things are a little bit different,” explains Karabatic, who was born in Nis (Serbia).

Despite being born on the other side of the border, Nikola Karabatic is a very popular figure, when he visits Croatia for his summer holidays.

“Everybody’s very nice, they all want a picture,” he smiles, before describing what he thinks, he’ll be experiencing tomorrow night at Zagreb Arena.

“I’ll probably get booed, but I’m not scared. I try to look at things this way: If I wouldn’t be a good player, I wouldn’t get booed – so I take it as a statement of respect. I guess if we didn’t beat Croatia back then, people would give me a pat on the back,” says Karabatic.

Tomorrow, Croatia need to win by four, to be absolutely sure to qualify for the knock-out stage, and they are expected to try everything to make it happen.  France, on the other hand, can’t lose by more than seven to qualify.

“We need to step on the court not thinking about it. Seven, eight, nine goals, it goes very fast,” warns the PSG player, who is not a fan of the competition’s arithmetic.

“To be honest, nobody likes it.  It’s not easy to play games, thinking that you shouldn’t lose by more than so many goals or that you have to win by so many.”

Despite these “mind games”, he feels that France got what it takes to grab a medal come Sunday. There were questions marks at the beginning of EURO 2018, as to how France would manage without Daniel Narcisse and Thierry Omeyer?

By now, answers have been provided.

“I can feel real strength when we’re on the court. I think that we’ve surpassed our own expectations in this competition already.

“But now comes the time when it counts, and we know that a few little things determine if a medal is won or lost.

“We have to maintain this feeling of strength and confidence that we’ve been building since the beginning of the campaign,” concludes Karabatic.